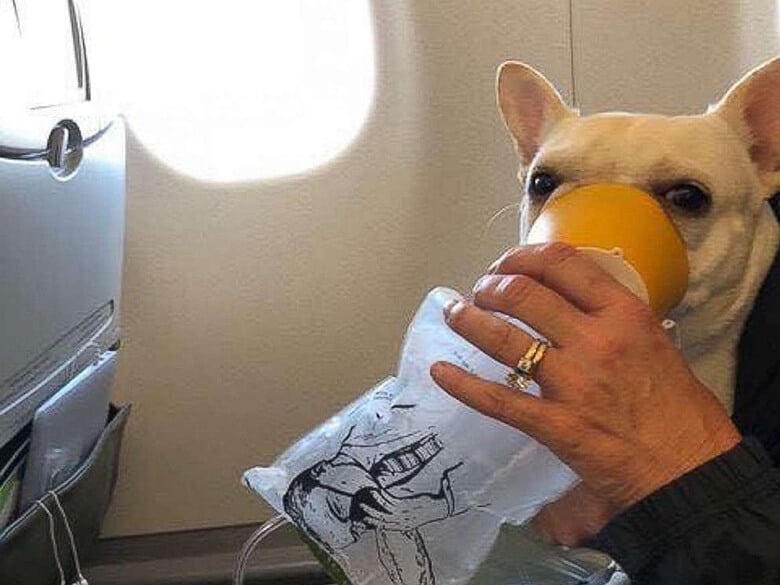 Airlines have come under fire in the last year for incidents involving dogs. There was the dog who died on a United flight after being forced into an overhead bin, another dog died during a layover on Delta flight, countless dogs getting lost and pit bulls being banned from as service dogs.

But on a recent JetBlue flight, airline employees became heroes to a dog.

Michele Burt was flying with her French Bulldog Darcy, when she noticed her pup was beginning to show signs of distress. She was having difficulty breathing and her tongue turned blue, according to ABC News. It seemed like she was suffering from hypoxia, a lack of oxygen in the body. The condition can occur with any person or dog, but brachycephalic canines, or those with smushed in faces, are more likely to have breathing trouble.

Related: Could Your Dog Use a Nose Job?

Crew member Renaud Fenster was passing through the cabin when he noticed the dog was heavily panting. He thought she was on the verge, or had, passed out. He had to act fast. First, he went to get Darcy ice to try and cool her down, but when that didn’t work, he asked the pilot if he could oxygen on the dog. After getting the thumbs up, Fenster went over and gave the  mask to Burt. 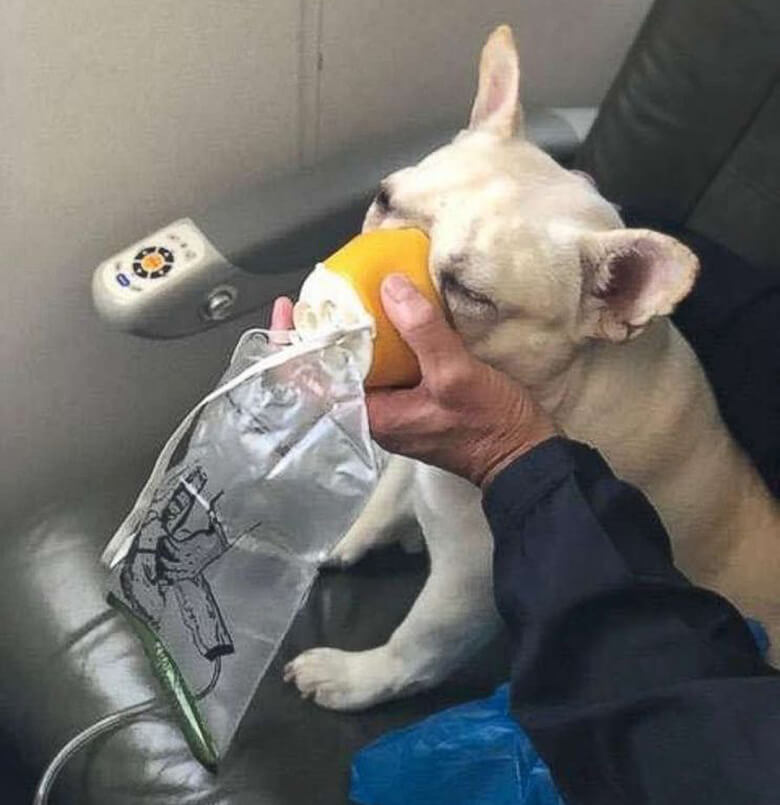 “I placed the mask over her face, and within a few minutes she became alert and after a short time she didn’t want the mask,” Burt said, according to the outlet. “I believe [crew members] Renaud and Diane saved a life, some may reduce the value of the life because Darcy is a canine, I do not.” 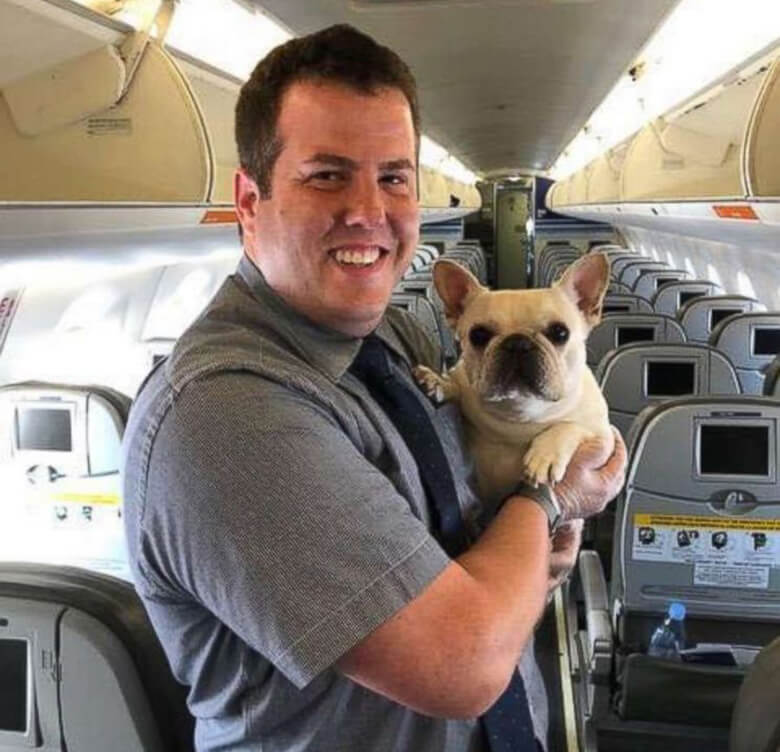 Burt expressed her gratitude for the fast-acting crew.

“We all are affected by cabin pressure and oxygen fluctuations, human, canine and feline, etc., but the fact that the Attendants were responsive and attentive to the situation may have saved Darcy’s life,” she wrote on her Facebook page.

For its part, JetBlue issued a statement.

“We all want to make sure everyone has a safe and comfortable fight, including those with four legs,” JetBlue said in a statement to ABC News. “We’re thankful for our crew’s quick thinking and glad everyone involved was breathing easier when the plane landed in Worcester.”

Related: What Owners Need to Do to Keep Their Dog Safe While Flying on an Airplane