9 Rare Dog Breeds You Have Never Heard Of

You may be able to recognize a golden retriever or a poodle, but there are hundreds of dog breeds that you have most likely never heard of. You probably won’t find these dogs walking down a New York street, at your local dog park or even strutting their stuff at competitions.

These breeds are rare, and like all rare things, worth discovering. 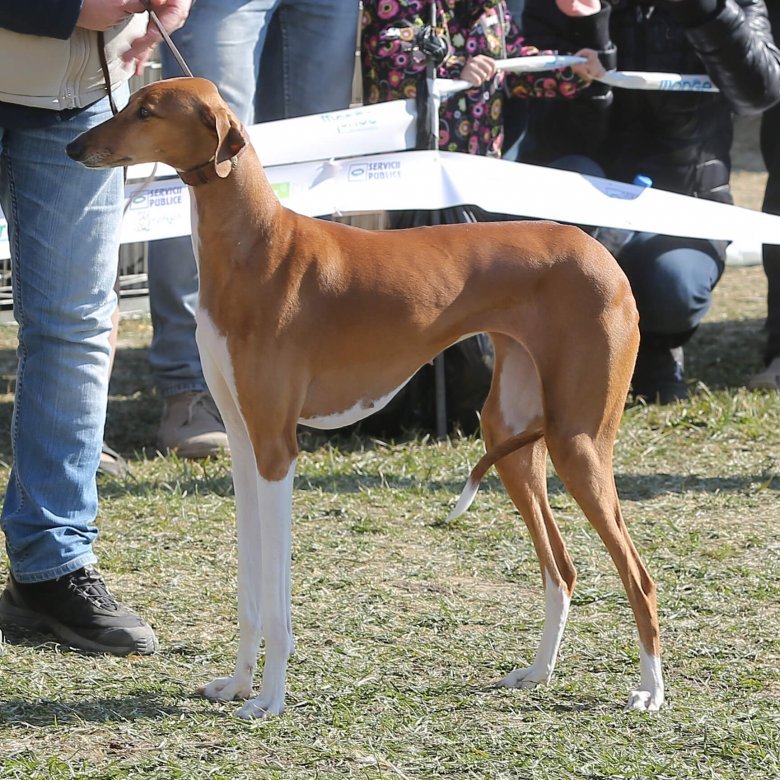 Country of Origin: The Azawakh Valley in the Sahara Desert

Appearance: They have a short, fine coat that is easy to groom in many colors: red, sand to fawn, brindled, parti-color, blue, black and brown. Their head may have a black mask, and they may have white markings. This breed appears exotic, regal, and elegant. They are long and lean because they’re built for speed. The average height is 23–29 inches; average weight is 33–55 pounds.

Traits: They are gentle and affectionate with their families, but they dislike being touched by strangers. They’re protective of their people and property. Loyal and independent, as sighthounds they’re attracted by motion and make great running partners. Inside, they are content to lounge on the couch, but they need at least a half hour of exercise or play. They get cold easily, so sweaters are advised in cool weather. 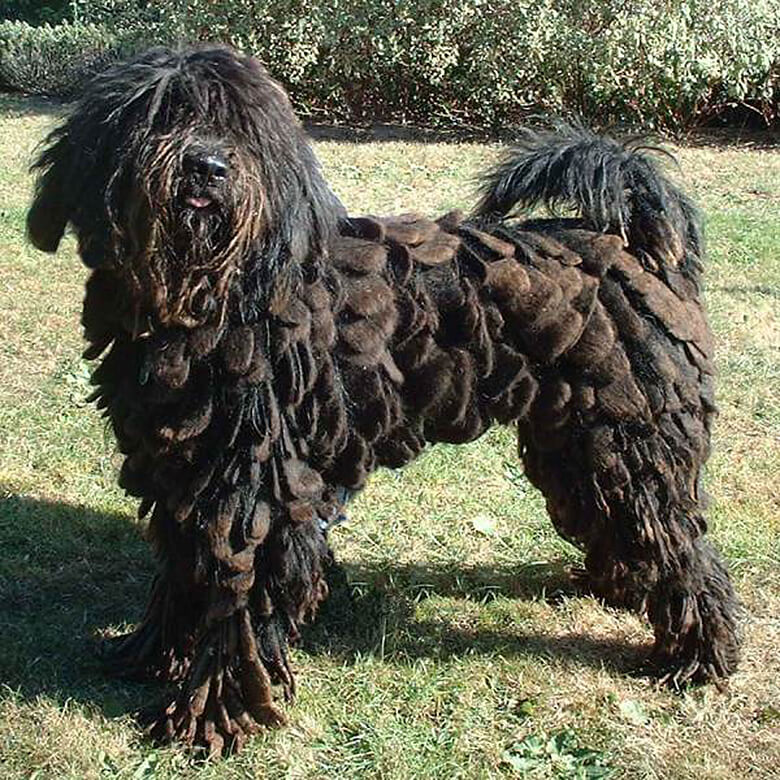 Appearance: The Bergamasco’s coat has three types of hair that are abundant and form mats or flocks, which is the distinguishing characteristic of this breed. The mats start from the spine and go down the flanks, growing every year to reach the ground.  They are a muscular, heavy-boned herding dog with a large head and a thick tail that hangs down to the hock and curves slightly upward at the end. The average height is 21–24 inches; average weight is 57–84 pounds.

Traits: Eager to please and an independent problem solver, the Bergamasco is very intelligent and balanced. Serene and watchful, this breed has no special exercise needs. They have a strong, protective instinct but are never aggressive. They are patient, self-sufficient dogs who have a deep connection with people and a particular affinity for children. The Bergamasco is an ideal dog for therapy visits to children who are in the hospital or have disabilities. 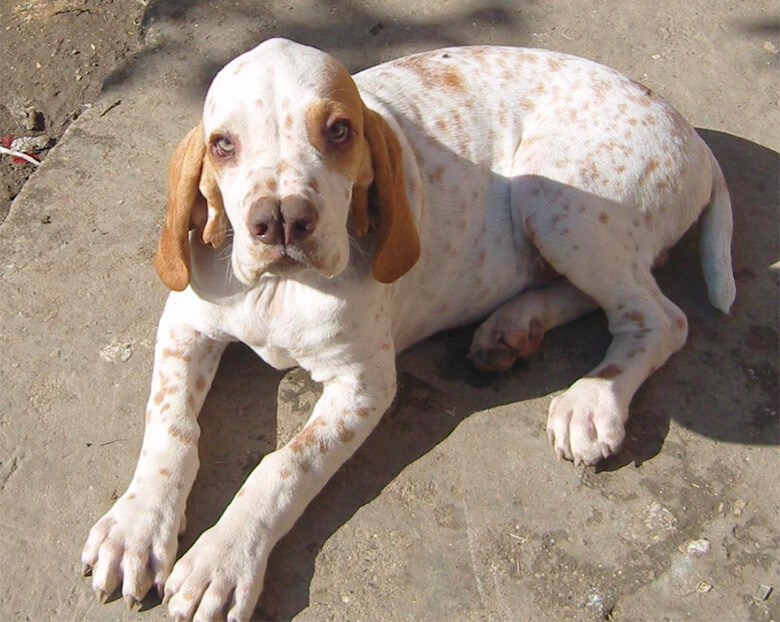 Discovered: Some believe 1930s, other say much older

Appearance: Also known as the Turkish pointer, it is one of only three breeds that have the unique split nose. Its Turkish name Catalburun comes from “catal,” which means fork and “burun,” which means nose. Initially, it was believed this double nose increased the dog’s smelling abilities, but research has shown that it neither helps or hinders the dog. The dog is muscular, with strong legs and a deep chest. Catalburuns have a short coat, with color combinations often including white with dark patches.  It stands about 20 inches.

Traits: Catalburuns are great hunting dogs due to their stamina, skills and intelligence. At home, they are a calm breed, gentle with kids and loyal. They can be a bit territorial, so could make a good guard dog. They love working, so an active family is best.

Appearance: Often referred to as the “Tiger” dog (Tora Inu) as it is usually brindle in color, they are sturdy, medium-sized dogs with a wedge-shaped head and tapered muzzle. They have large triangular ears, muscular shoulders and thighs, and sturdy legs. The thick tail is carried in a sickle shape, and they have a double coat. The average height is 17–22 inches; average weight is 25–55 pounds.

Traits: Declared a National Treasure in Japan in 1934, this dog is intelligent, alert and brave. The Kai makes a good watchdog. They are reserved with strangers but loyal to their family and form very close bonds with them. These dogs need a lot of affection and attention in order to be happy, and they do best as an indoor dog that is included in family activities. The don’t like being left alone for long periods of time. Highly energetic, they need long walks and exercise, and they love to play.

Related: At Westminster There Will Be 3 New Breeds … And Cats

Appearance: A small to medium-sized dog that’s well-proportioned and powerfully built. They have a rustic appearance, with a dense, curly coat of woolly texture. A Lagotto’s coat can be off-white, white with brown or orange patches, and various shades of brown. Some dogs have a brown mask or tan markings. These dogs don’t shed. The average height is 17–19 inches; average weight is 24–35 pounds.

Traits: Originally a water retrieval dog, they were later trained to find truffles. They are agile, happy, adaptable, and intelligent, which makes them easy to train. Reserved with strangers, they are affectionate with family members but don’t like to be left alone too long. They love children. An energetic dog, they need long walks and exercise, and they excel at activities like agility.

Appearance: This medium-sized herding dog has Spitz-like qualities with a wedge-shaped head, erect ears, and a compact body. The face and front of the legs are covered with short, smooth hair, while the rest of the coat is somewhat longer and very wavy to curly. The Mudi comes in a variety of different colors including black, white, red, brown, and gray. There is also a very rare color called “cifra” (blue-merle), which is a dark or light gray marbled color. The average height is 15–18 inches; average weight is 18–29 pounds.

Traits: It is very rare to see this dog outside of Hungary where they are herding dogs. The Mudi is highly intelligent, powerful, and courageous. They make excellent guard dogs, but in the home, they are loving and gentle and make excellent companions. They do have a tendency to bond with one person, and they are wary of strangers. They can be noisy, are friendly with other animals, and can be good with children. They need daily exercise.

Appearance: The Otterhound is a large, rough-coated hound with a very large head and a strong body. They have a distinctive shaggy appearance. The ears are large and folded. With a rough, double coat and large webbed feet, they were bred to hunt on land and water. They come in a variety of colors, but the most common is a black and tan grizzle. Average height is 24–27 inches; average weight is 80–115 pounds.

Traits: The Otterhound is a sweet, affectionate, happy dog that has been called a “class clown.” They have an independent personality and don’t require a lot of attention. They are great with kids, but they have a boisterous personality, so older children are recommended. They have a wide range of vocalizations, and some like to “sing.” They are opinionated and require patience and socialization. 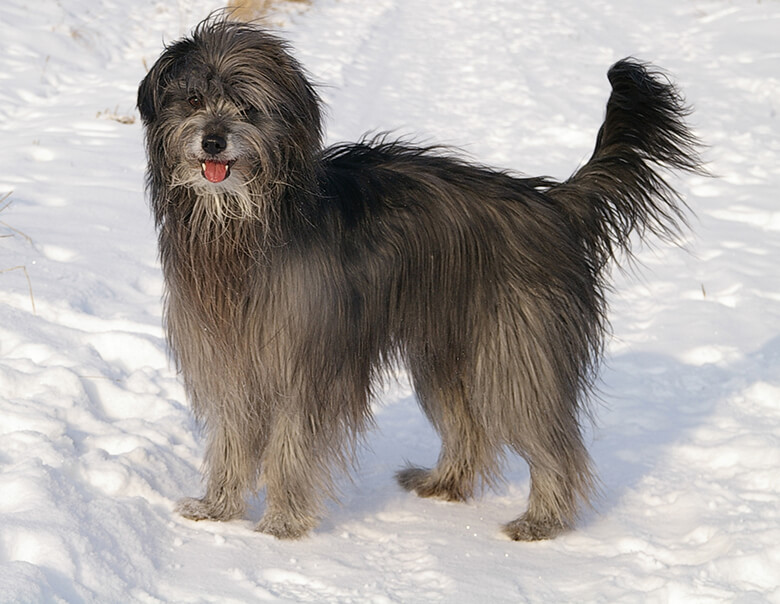 Appearance: These medium-sized dogs are light-boned with sinewy legs. The Pyrenean Shepherd comes in two forms, a Rough-Faced and a Smooth-Faced. They are small for a herding dog with large, expressive eyes, and they often appear to be smiling. They come in many shades of fawn, gray, and different shades of merle, brindle, black, and black with white markings. The rough-faced variety has a windswept appearance to his face. The average height is 15–21 inches; average weight is 15–30 pounds.

Traits: These are highly active, intelligent dogs that need a lot of exercise. They have a lively, cheerful temperament and are courageous, mischievous, and enthusiastic. They become intensely attached to their main person or family and are extremely sensitive to their moods. They are loyal and devoted to their family, including children, and can become protective if threatened. This is a dog that needs a job and to be involved in their family’s activities. This is not a breed that does well being left alone for extended periods of time. 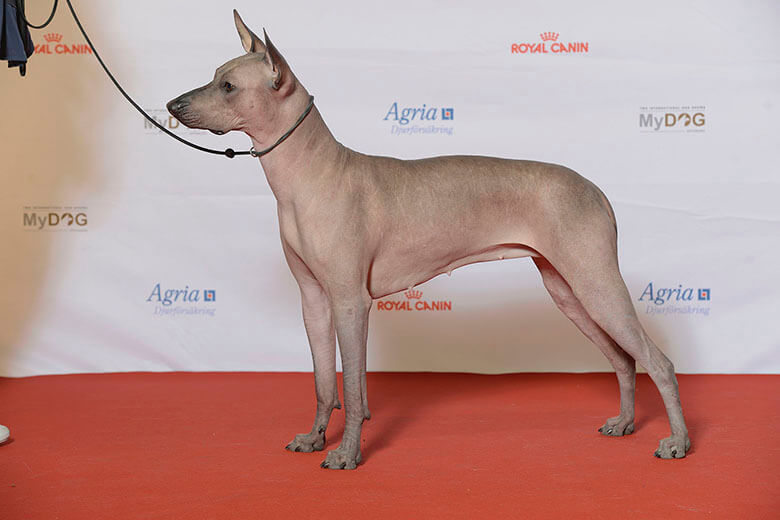 Appearance: These hairless dogs are considered the oldest and rarest of breeds. They have a wrinkled brow, large, erect ears, a strip of hair like a Mohawk on top of their head, and a low-set tail. A lean, sturdy dog, their body is slightly longer than tall. Their skin may be hairless, but it’s baby soft. They can be black, grayish black, slate gray, red, liver, or bronze. Some have white spots and markings. They come in a toy, miniature, and standard variety with an average height from 10–23 inches; average weight is 10–55 pounds.

Traits: This is a loyal, happy, smart dog that can also be stubborn and headstrong. They are very affectionate toward their family and can be protective. They have been called “Velcro dogs” because they get very attached to one member of the family. They only need a daily walk for exercise, but they don’t do well in cold climates. They do enjoy activities that involve a mental challenge and excel in agility. They don’t like being left on their own and need a family that is home a lot.

Known as the ‘Mayor of Sullivan Street,’ Meet The French Bulldog Who Is Lifting the Spirits of His Neighborhood

Meet the Trainer Drake, Carrie Underwood, and Kaley Cuoco Use — And What You Can Learn From Her