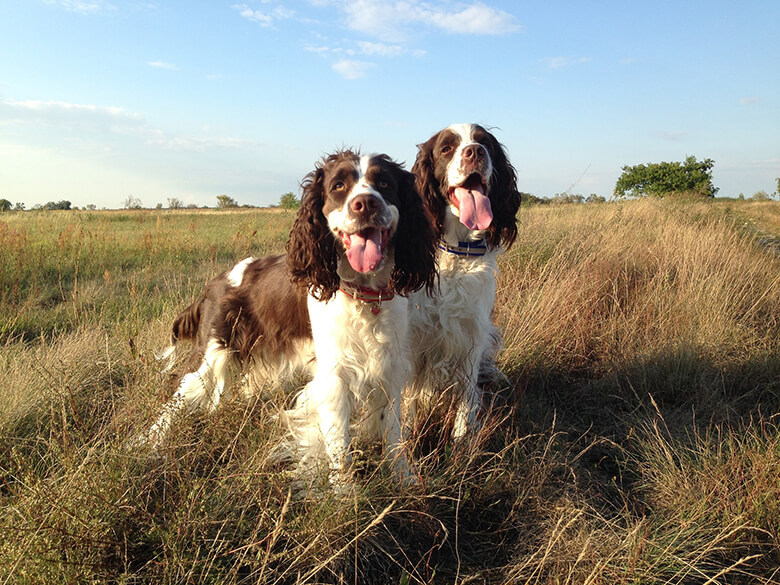 A new study reveals the largest dog ancestor tree, a finding that can not only help us learn about the species’ genetic backstory but also provide some insight into health issues.

Researchers from the National Institutes of Health have used gene sequences from 161 of today’s breeds to create a family tree for the dog species, spanning all over the world. 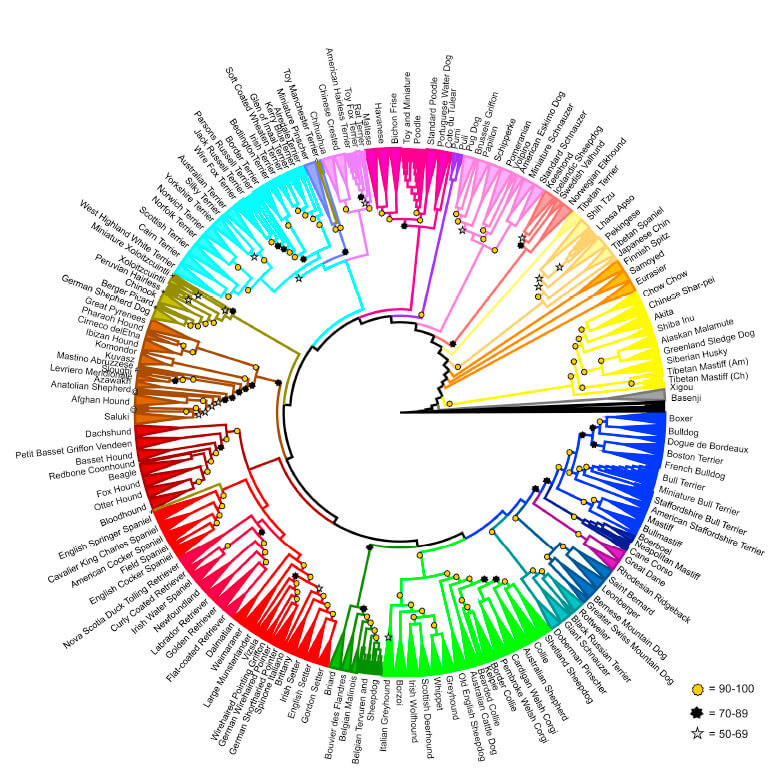 While most modern breeds came from Europe, the study found that some are considered ancient American dogs. The Chihuahua, Chinese crested, toy fox terrier and rat terrier, among others, are considered “New World” breeds. Scientists believe these dogs came across the Bering Strait with Native Americans.

“What we noticed is that there are groups of American dogs that separated somewhat from the European breeds,”study co-author and dog geneticist Heidi Parker of the National Institutes of Health says in a press release.

The study also revealed that some of the oldest dog breeds were bred for certain roles.“First, there was selection for a type, like herders or pointers, and then there was admixture to get certain physical traits,” says Parker.

Related: Dogs May Have Been Domesticated Twice

When it came to where these dogs originated, some were expected while others were surprising. Gun dogs originated in Victorian England, as this is where new inventions, like guns, required a hunting dog. Whereas the herding dog, actually doesn’t have one particular location it originated from. The breed has roots in England, northern Europe and southern Europe. According to Parker, this “shows herding is not a recent thing. People were using dogs as workers thousands of years ago, not just hundreds of years ago.”

Besides tracing the evolutionary tree of dog, understanding the genetic backstory can help with discovering disease genes in certain breeds – and humans.

“Using all this data, you can follow the migration of disease alleles and predict where they are likely to pop up next, and that’s just so empowering for our field because a dog is such a great model for many human diseases,” says Elaine Ostrander, the co-author of the study. “Every time there’s a disease gene found in dogs it turns out to be important in people, too.”

The findings were discovered after studying 1,346 dogs in 161 breeds. The results were published in Cell Reports.