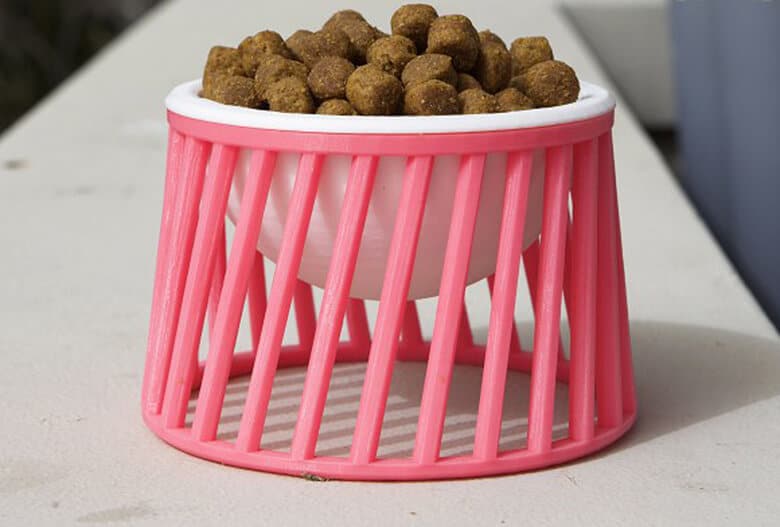 While 3-D printing has been around since the 1980s, its technique has evolved over the years, and it is becoming a hot manufacturing process because of its low cost and accessibility.

Also known as additive manufacturing, 3-D printing involves creating a solid three-dimensional object from a digital design by laying down layer upon layer of a material, usually melted plastic, until the entire object is fabricated.

Here is an example of an Eiffel Tower prototype being built:

That’s all well and good, but what can it do for dogs? Well, dogs and other animals have been reaping the benefits of 3-D printing recently in a number of different ways.

Let’s take a look at how 3-D printing can be used to produce doggie gear and even give dogs a new lease on life.

A Dog Gets New Legs

A beautiful dog named Derby was born with deformed front legs. Rescued by Peace and Paws in Hillsborough, NH, foster Tara Anderson, an employee of 3-D Systems, decided she had to help him. While they first tried a wheelchair, it still limited Derby’s mobility. That’s where 3D technology came in.

They made a computer model for the exact shape of Derby’s front legs, and were then able to print the prosthetics in a single piece rather than have to sculpt them. To accommodate the way a dog moves and behaves, Anderson invented a loop design that wouldn’t get stuck in the dirt. The first time they put the prosthetics on Derby, he took off running. Today, Derby goes for a 2- to 3-mile run every day with his new human dad.

A 4-month-old female Staffordshire bull terrier named Loca arrived at the University of California Davis School of Veterinary Medicine with severe injuries from an attack by another dog. She had a fractured jawbone and cheekbone and the TMJ joint that connects the jawbone to the skull was damaged. She also suffered numerous puncture wounds on her face and neck.

After removing bone fragments, engineers used a CT scan of Loca’s skull to design a customized mask as a cast for her skull, and then printed it on a 3D printer. She became the first patient to use the Exo-K9 mask (and if she wanted, she could have auditioned for The Phantom of the Opera). After a month, a CT scan showed that new bone was forming, and the TMJ joint was healing. 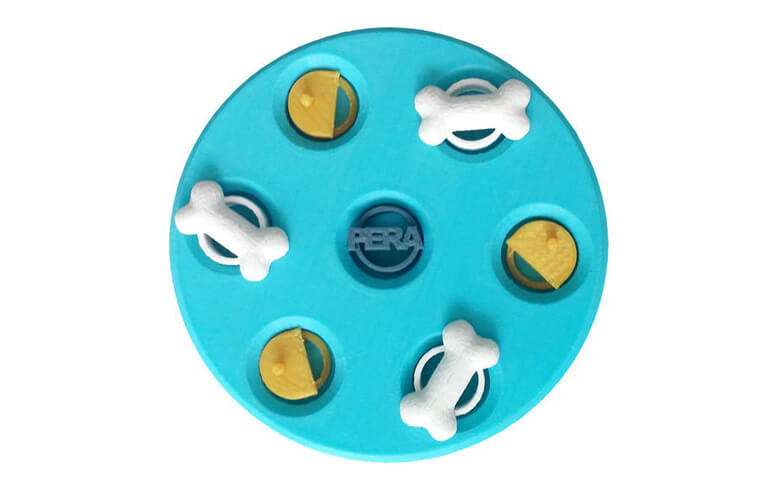 Spanish designer Empezando Diseño, an engineer and industrial designer, recently tried her hand at 3-D printing by creating the Dog’s Game. Designed to stimulate a dog’s intelligence, its goal is help your dog develop his nose and teach him to eliminate obstacles to get a treat. She posted a video of her dog playing with the game.

The best part about the Dog’s Game is that you can make it yourself. She’s posted the 3-D printer settings. You can download it for $8.47. All you need is the printer, which, believe it or not, is available on Amazon, among other sources. 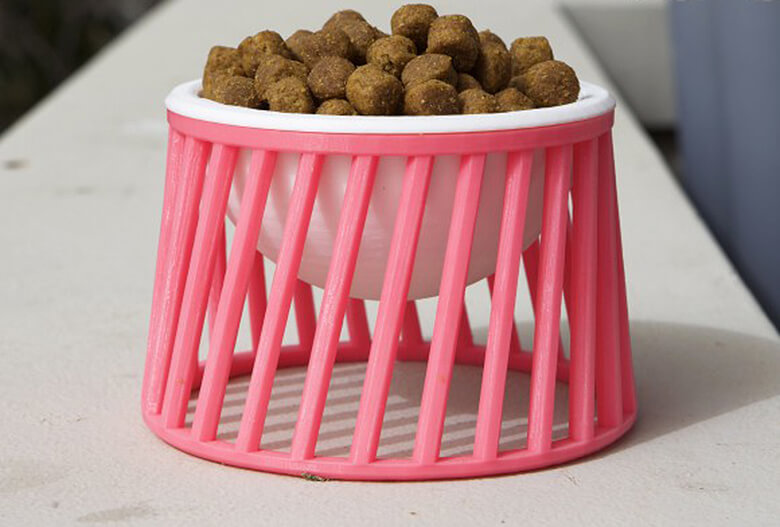 You can basically create anything on a 3-D printer if you can design it on computer. For dogs, this included food and water bowls, toys, dog treat cookie cutters, puzzles, Frisbees, and even armor.

Download these designs at modify them to fit your needs and your aesthetic.

The Woof Dog Bowl mounts on the wall at your dog’s perfect height.
The HASO Pet Bowl is great for dog’s that need that extra height.
The Pet Water Drinking Dish can be purchased already created in pink or blue.

If you dog likes balls that are easy to carry, try the Catalan Wireframe Polyhedra.

The FrisMe is a custom 3D printed Frisbee.

And then there’s the armor. It’s made for cats, but you can alter the design to fit any shaped animal — because everyone needs a little extra protection.

Related: Puppy Whose Paws Mysteriously Fell Off, Learns to Run