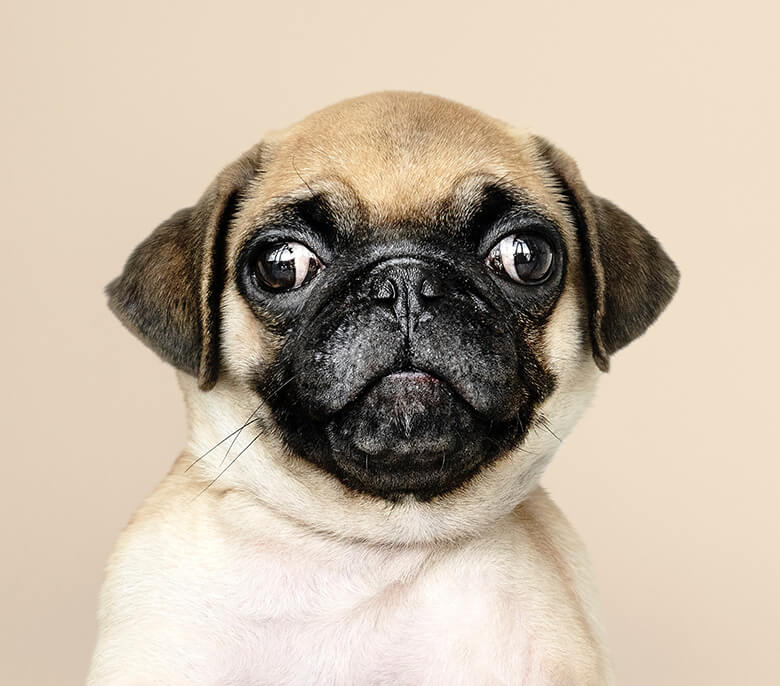 When dogs are seeking for our attention, they give us their puppy eyes. You know the ones: they look like they are pleading with us, begging us to engage with them. Well, we can thank us humans for those longing eyes.

In a recent study, researchers believe that dogs may have developed the ability to make their eyes more expressive as they became more domesticated – something their relatives wolves, have not mastered.

A team from the University of Portsmouth’s Dog Cognition Centre looked at a number of dogs and wolves in order to study a facial muscle around the eyes responsible for the inner eyebrow raise (also known as puppy dog eyes).

They took a two-prong approach in this study. They examined the eyes through dissection and found that a certain muscle found in both dogs and wolves (called the RAOL) worked differently in each species. For the dogs (except for a husky, which is more closely related to wolves), it was able to more intensely raise the inner eyebrow. The wolves’ muscle, if present, provided a less intense expression.

The belief is that as dogs evolved alongside humans, this sort of movement helped improve the bond. Therefore, the dogs with more expressive eyes provided a kind of natural selection as humans preferred it, would be more nurturing towards the dogs and look after them — a win-win for both sides.

Past studies have shown that certain dog expressions appeal to us, including connecting through gaze, which can increase oxytocin levels in both species. But this is the first study to look at anatomical changes in a dog’s face to help create a stronger bond.

The findings were first published in A Proceedings of the National Academy of Sciences.