PRESS ESC TO CLOSE
Wellness > Everyday Care > We Did a DNA Test on Our Dog: What We Found Was Quite Surprising 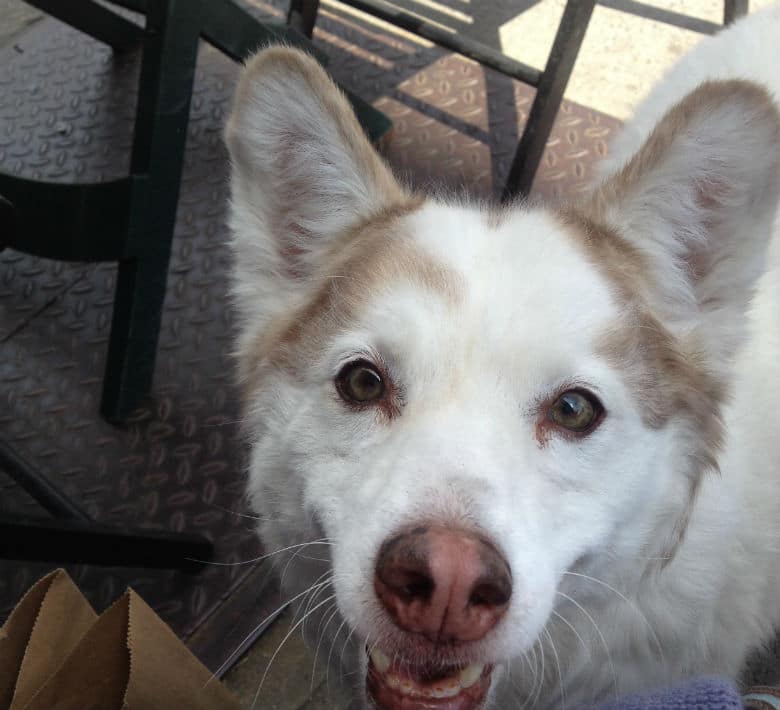 Adopting a dog is an extremely exciting moment in anyone’s life. You are bringing a loving animal into your life who is forever grateful for saving her and giving her a second chance on life. While learning to live with each other and adapt, there are a lot of questions.

What is your pup’s back story? What is his personality like? Is he good with other dogs? But probably the most common question is what breeds are in your mutt?

Often dog owners want to know this, as it will provide a better understanding of how to train their dog, what to expect and they are just plain curious.

I was in the same boat when we adopted our dog Lola five years ago. She’s a beautiful white dog who we were most certain has husky mixed with another type, or types, of breed. 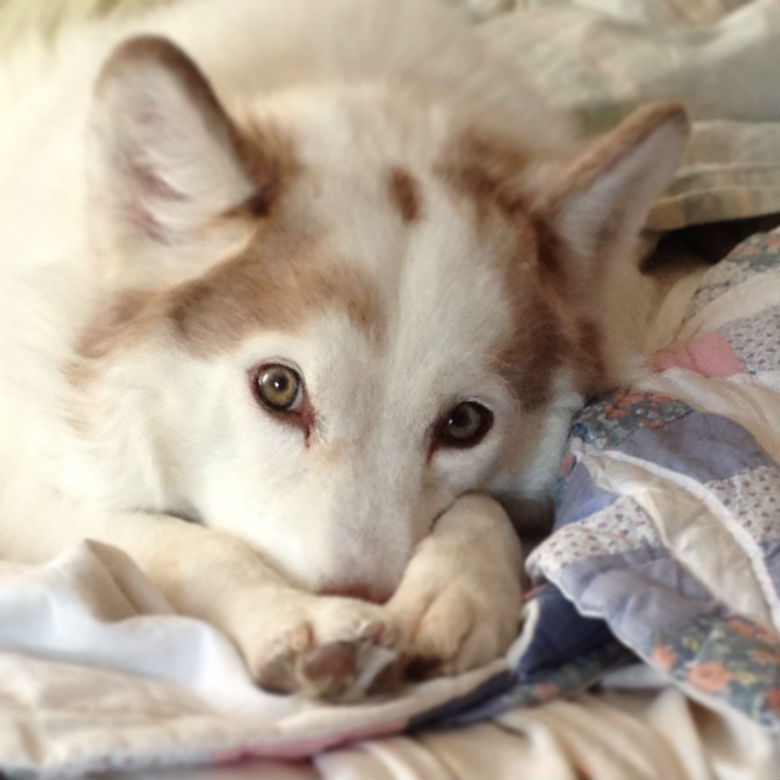 Her beige-tipped ears, enjoyment of herding and barking at other dogs made us think she had golden border collie in her. 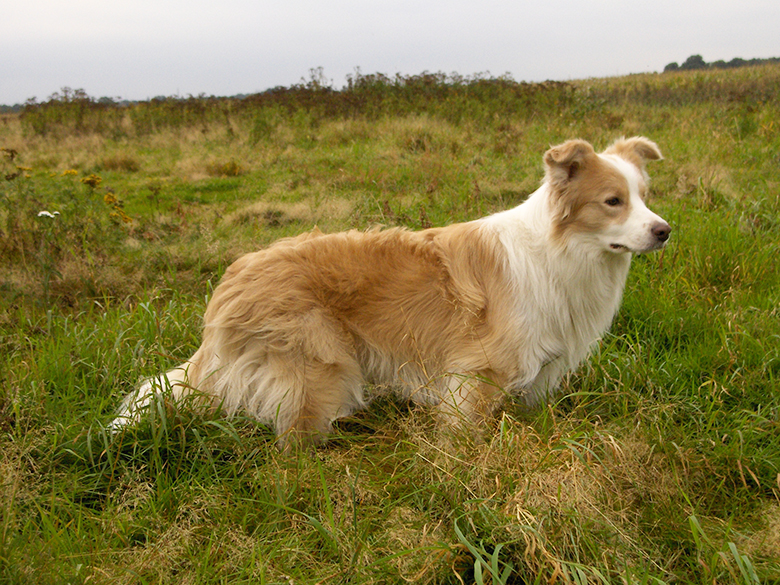 So when Wisdom Panel contacted This Dog’s Life to test out their DNA testing kit, we thought our guessing would be a thing of the past: We would finally know what Lola was.

Wisdom Panel, owned by Mars Veterinary Group, works by examining more than 1,800 markers in a dog’s DNA. The company has over 12,000 purebred samples in its database in order to evaluate a dog’s pedigree and the pup’s ancestry tree. There are 250 breeds in the database, representing 99 percent of breeds recognized by the American Kennel Club.

Currently, dog DNA testing can only go back three generations to the great-grandparents, which can be an issue when looked at mixed-breeds.

“About 90 percent of the dogs we test are from unknown ancestry, such as shelter dogs, meaning not purebred. Many of those dogs have mixed ancestry beyond three generations,” says Juli Warner, the senior brand and corporate affairs manager, at Mars Veterinary. This means often the results from Wisdom Panel may not be able to show owners every breed in their dog, rather, the findings will show a group – including terrier, herding and sporting — that is most likely in your pup.

The Benefits to Owners

But for owners like Susan McPherson this sort of testing can provide a ton of insight, despite its shortcomings. McPherson rescued a cute, white dog named Phoebe a few years back and was curious about what breeds were in her pup.

“When I rescued her I was told she was a dachshund-terrier mix so expected her to be about 15 pounds tops,” McPherson tells This Dog’s Life. “As she grew to 30 pounds, I realized that was clearly an error.” 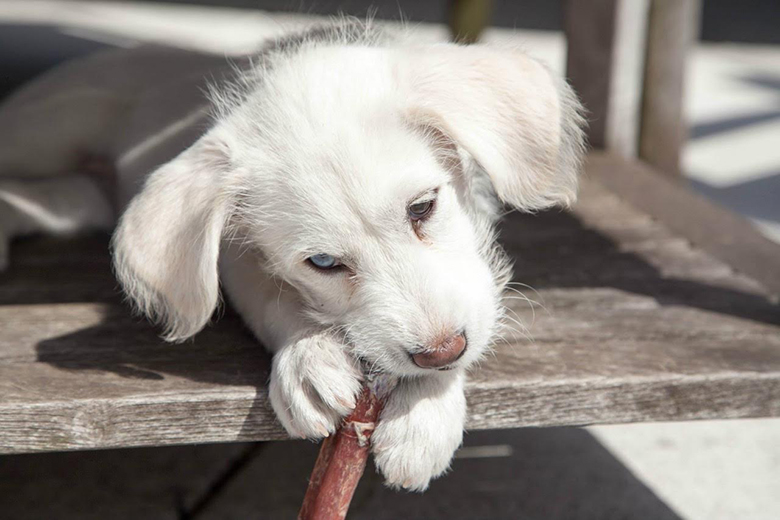 After taking the test, she found Phoebe was a quarter husky, Labrador, rat terrier and miniature poodle. No dachshund in sight.

These results didn’t surprise McPherson, as many of the traits — both physical and behavioral — she sees in her dogs.

“Her one blue eye made me think early on there may be husky in her and her behavior definitely reminded me of labs I’ve owned in previous lives,” she says. “Her love of digging and her pure tenacity definitely showed the characteristics of rat terriers and she doesn’t shed, like the mini poodle.”

She adds, “I was really happy with the results and continue to see behaviors that are comparable with the breeds.” 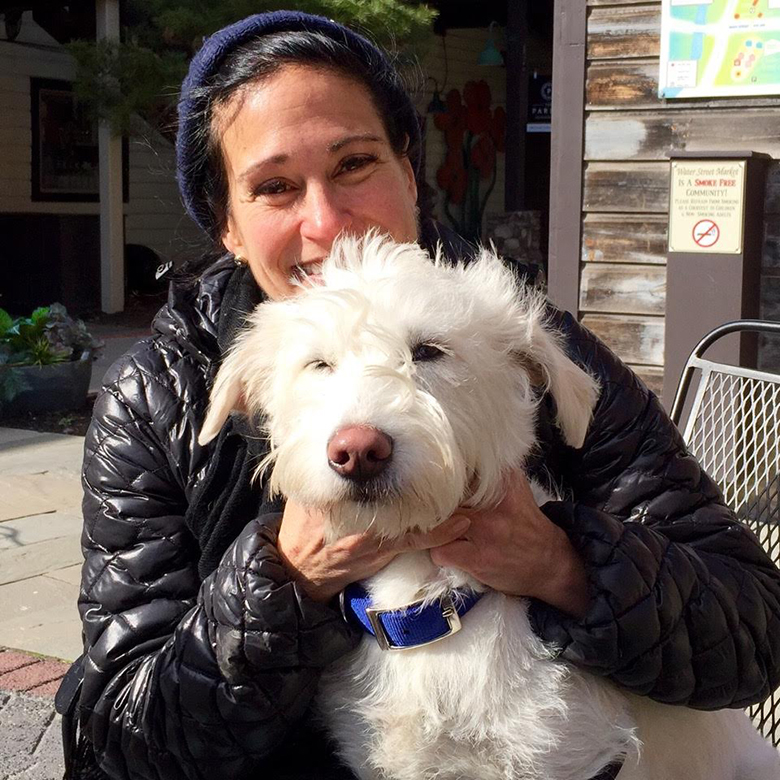 Susan McPherson and her dog Phoebe

For McPherson, and others, DNA testing can provide a number of benefits. For one, it can help owners be on the lookout for breed-specific health concerns and see if their dogs are sensitive to drugs. It can also help with training by uncovering behaviors prevalent in certain breeds. For example, a herding dog may need different training than a terrier.

Related: Beloved Dog Dies, Couple Forks Over $100,000 to Bring Him Back

DNA Testing Does Have Some Challenges

Because of how new dog DNA testing is, Wisdom Panel, along with other testing companies on the market, can face an uphill battle. For one, all veterinarians aren’t sold.

“I have found some surprising results in some dogs that were tested, and the reason is the markers we look for to determine breed are not always very specific,” says Dr. Rick Lyons of Carroll Garden Veterinary Group. “So a dog that definitely does not have Yorkie mixed in might have some DNA that is similar to the marker for the Yorkie breed, which will make Yorkie come up on the breed profile. So in that way it can be interpreted with a grain of salt.”

Lyons did add that DNA testing can help with testing for drug sensitivity and to see if your dog has certain breeds in him that are predisposed to diseases.

And when owners get the results back, not all are convinced. They may think their dog doesn’t look like all the breeds found in the results. Wisdom Panel says this can happen for a few reasons. One being is that some dog owners may associate a certain trait, like floppy ears, with a certain breed – in this case a basset hound. But people forget a characteristic can be in a lot of breeds, but not as obvious. Also, owners don’t realize some of the breeds that appear in the results may be more behavioral than physical. So, a pup may not look like a terrier but likes to dig in the backyard.

Warner is aware of these challenges and tells us Wisdom Panel is proactively educating both groups on DNA testing.

So, it was now our turn.

Wisdom Panel arrived in the mail with simple instructions: 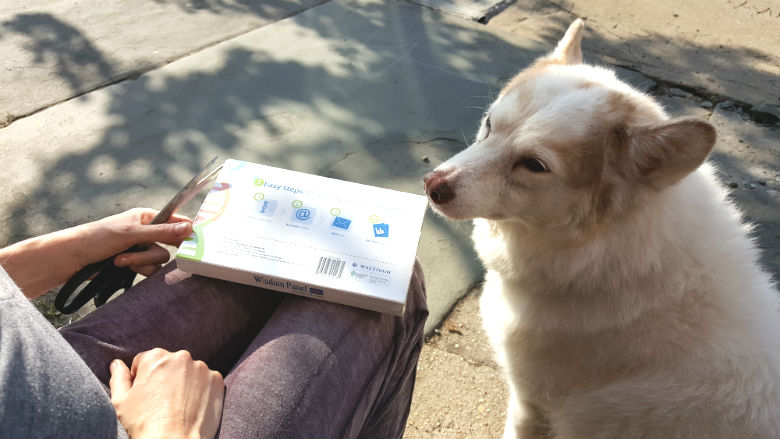 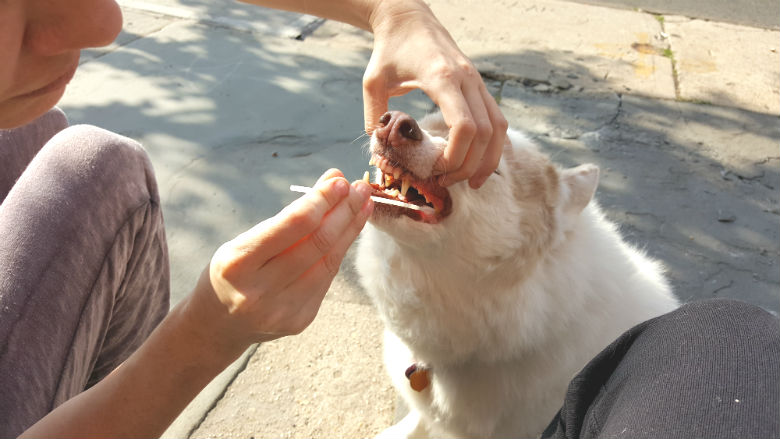 We had to do it twice. 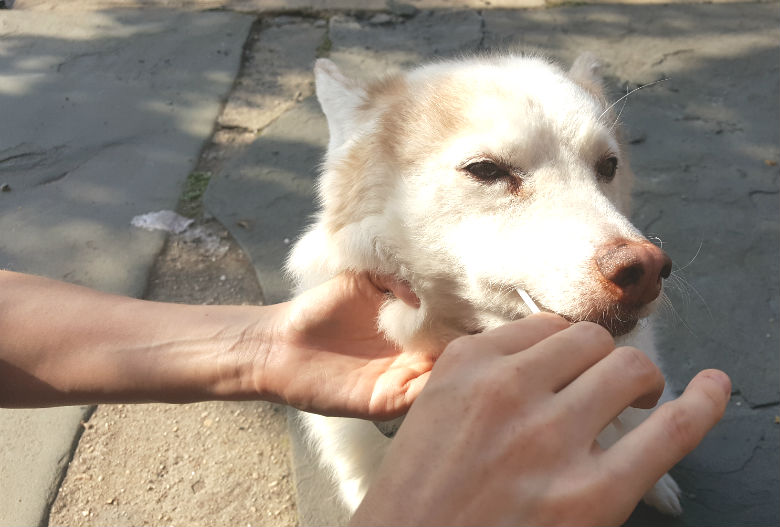 Let the samples dry for a few minutes. 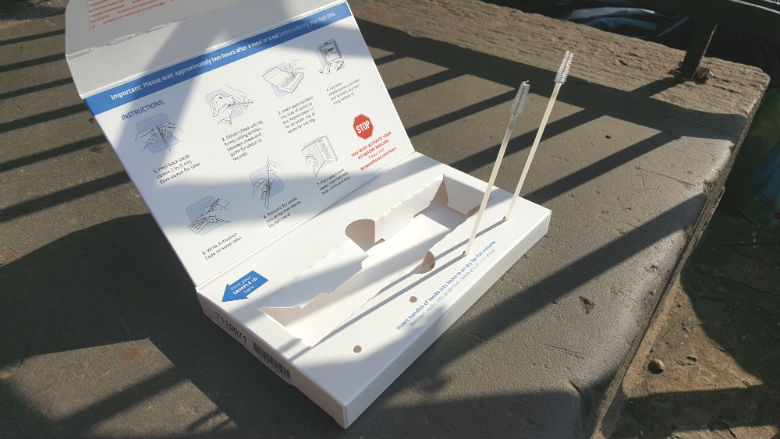 Put back in the clear bag. 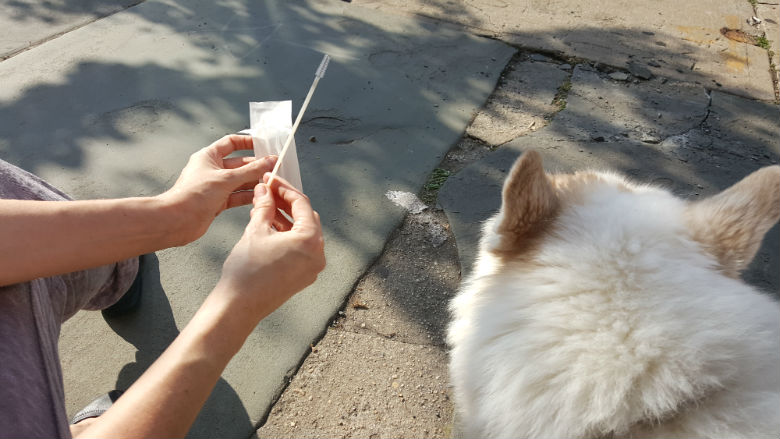 Back in the bag

Register the sample ID provided in the kit on the website to receive activation code. Write the code on the samples and sent back the results. 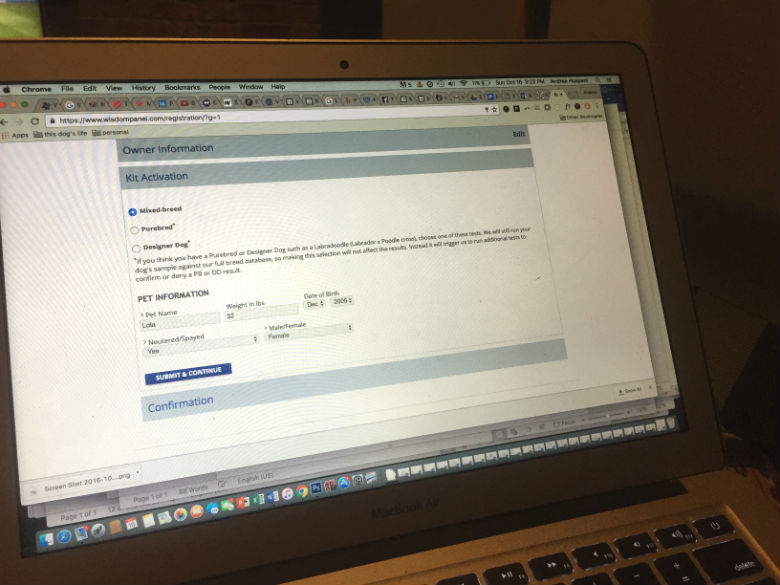 Waited a few weeks and got the results emailed to us. Drum roll please….

Lola is husky, American Eskimo and mixed breeds. We weren’t at all surprised that our girl is husky. She not only looks like a husky but she has personality traits seen in that breed — stubborn, can be an escape artist and does well with reward-based training. Perhaps, though, I can now attribute her brown markings on her ears to a husky, too. 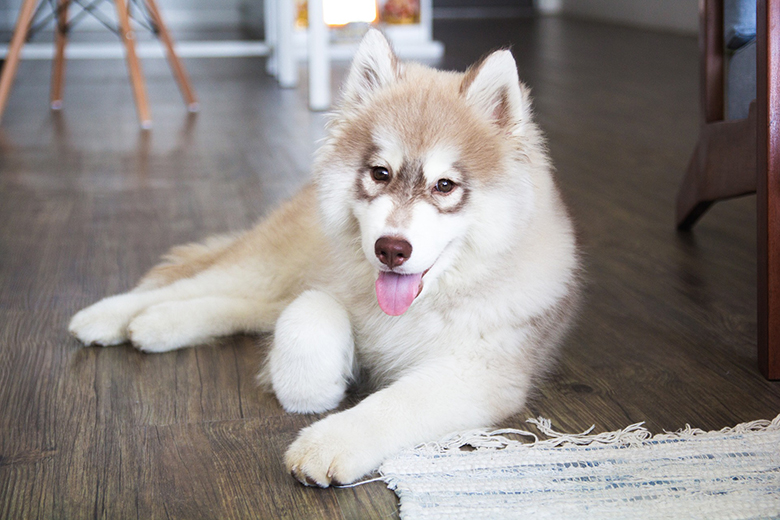 As for the American Eskimo, I was definitely surprised. While we have heard this from other people before — “does she have American Eskimo in her?” – I never saw it. I always thought of American Eskimos as big, fluff balls. Lola, while she sheds a ton, has a double coat that is not puffy. Her personality does have some of this breed: perky, alert and slightly conservative with people. 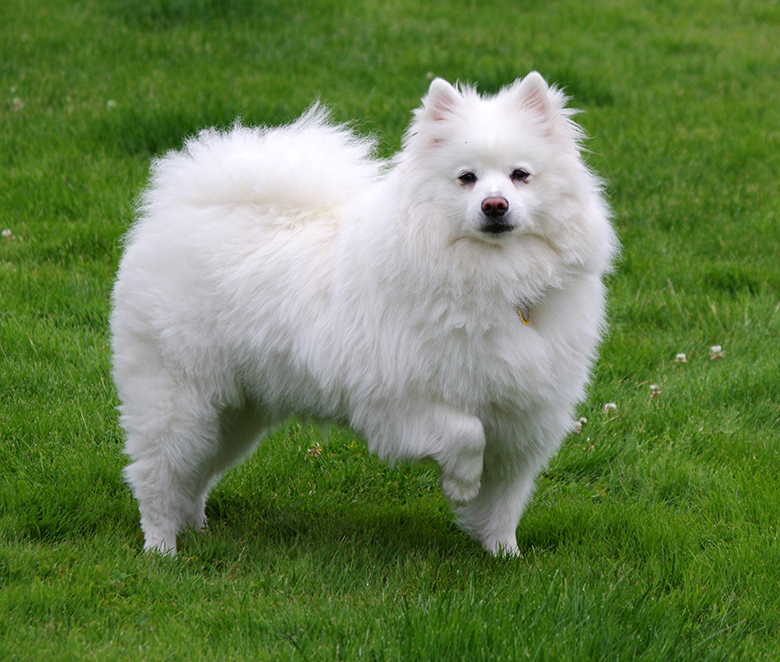 The other 25 percent, the “Mixed Breed Groups” was a huge potluck of dog breeds. There was approximately 75 different breeds she may be. Wisdom Panel did list the potential groups she may belong to — Middle East and African, Asian, Companion and Hound and Terrier – in the order of likelihood. That said, it would have been nice if they would have provided a bit more information in the description of these groups in terms of traits. (On the site, though, there is a section for each breed.)

After we got this done, I am glad we did. It was fun to see Lola’s attributes broken down, along with learning more about her. I do think as technology advances dog DNA will become more specific, providing a deeper dive into our four-legged friend.