PRESS ESC TO CLOSE
Dog Parents > Life With Your Dog > The Top 6 Dog Parenting Mistakes, According to a Veterinarian 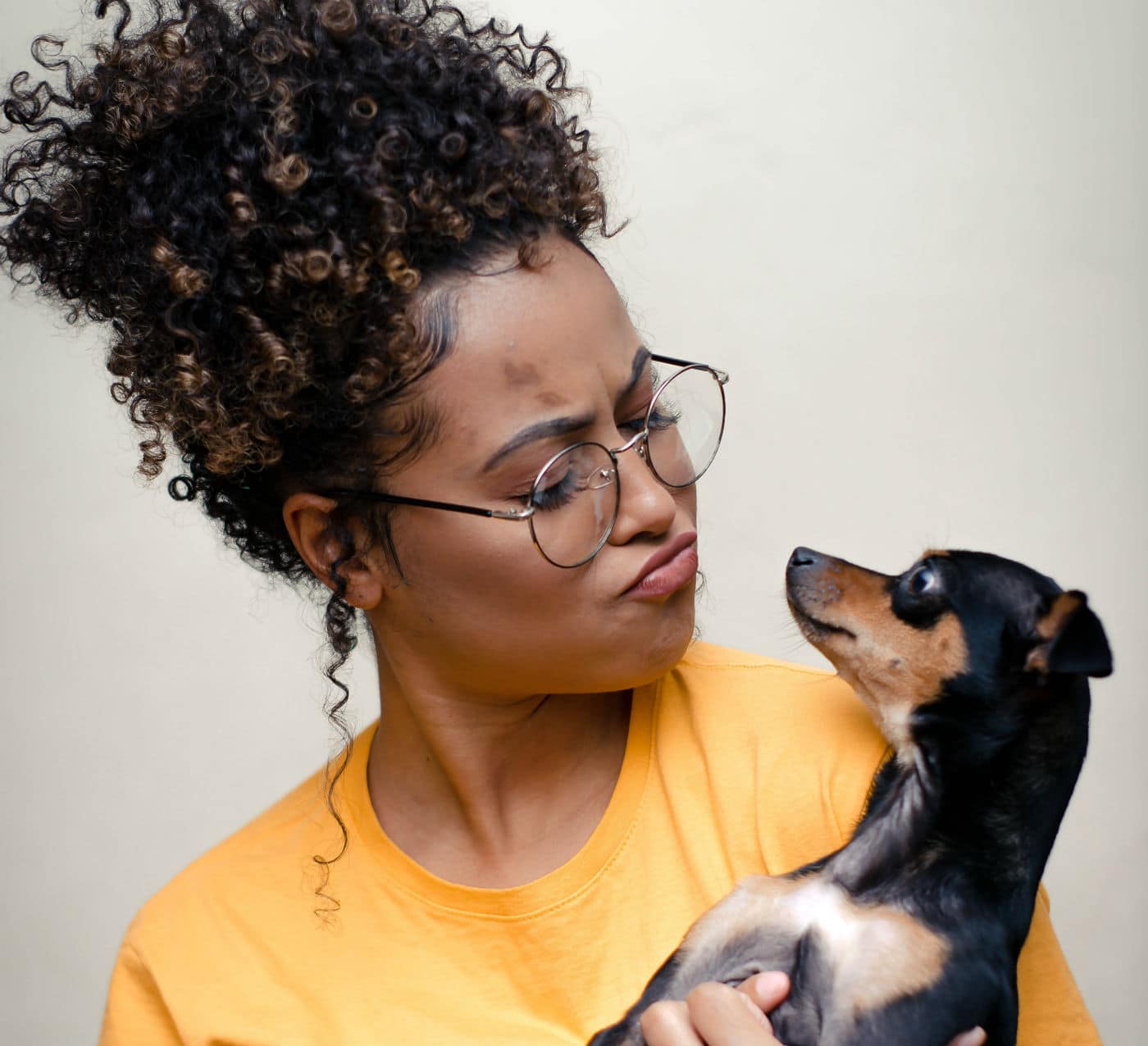 People have a lot of different ideas about how to raise a dog, but many of those ideas may be outdated or inappropriate. To prevent the negative consequences of dog parenting mistakes, it’s important to understand the basics of how care for, train and emotionally support (or rehabilitate) a puppy or an older dog. Otherwise, you may run into both health and behavior issues.

Here are the top six parenting mistakes according to veterinarian Andrea Tu, a veternarian and the medical director of Behavior Vets in New York City.

1. Consulting with someone who is not a vet for medical advice

If your dog is acting strange or experiencing a medical problem, many dog parents will turn to Google. “But anybody can write something on Google and tell you they’re an expert,” says Dr. Tu. Even breeders, she notes, have been known to get their “expertise” through Google.

Not only do veterinarians spend a minimum of eight years learning and training, your dog’s vet knows your specific and unique dog; a symptom in one dog may mean something entirely different in another dog. “Something that worked for your neighbor’s fluffy may not work for your dog,” says Tu. “If you have questions about medical issues, you should always consult with your vet.”

2. Having an inconsistent diet

From table scraps to Puppuccinos, we sometimes express love for our dog through food and treats. After all, humans have been doing it forever.

But sometimes these food indulgences can make our dogs sick. Fatty, greasy foods are toxic to dogs. Besides severe gastroenteritis, food heavy in fats may cause pancreatitis in dogs, a serious and sometimes fatal disease.

This is especially true when it comes to the “Thanksgiving Disease,” says Tu. “Pancreatitis often occurs the day after Thanksgiving because everyone thinks, ‘It’s all okay. Let me give him some turkey and gravy.’” Unfortunately, the skin, butter and fat in these dishes are extremely toxic to dogs. “Dogs don’t know it’s Thanksgiving. They don’t need that special diet on that one day,” she says.

3. Not realizing how much enrichment your dog needs

It’s imperative to give your dog regular and plentiful walks, toys and basic training. But it’s not enough — dogs need more than the basics.

“Think about what a dog would usually do,” says Tu. “What is your dog’s job?” While that can vary depending on breed, most dogs in the wild spend the majority of their time hunting for food, killing food and eating food. “So, eating for them is a task. It’s a puzzle.”

She suggests thinking outside the dog food bowl. “What we’ve done is put their food in a bowl, and the dog wolfs it down in 30 seconds flat,” says Tu. “The dog then has nothing else to do when normally if they were given the chance, they would be spending hours dedicated to the task of food.”

If you put their food in a treat ball, puzzle toy, Kong or a snuffle mat, it allows them to engage in their natural behavior. “That’s a great enrichment for them — and something that every single dog can do. You don’t change the food itself. You change how the food is presented,” says Tu.

“People talk about socialization, but a lot of people don’t know how to do it properly,” says Tu. Socialization is the process of introducing a dog to the world. Ideally, this happens between 8 to 12 weeks old, but even if your dog is older, socialization can help dogs form positive associations with new situations.

But socialization requires more than simply taking your dog to new places and situations. “It’s actually a lot more nuanced than that,” says Tu. It’s crucial to ensure that your dog is having a good experience associated with that new situation. For example, she notes, if you expose your dog to a place that has trucks rolling by, but you don’t recognize the puppy had startled and is panicking and wants to escape, you are doing much more harm than good.

Instead, when the truck rumbles by, give the dog a bunch of treats. That way, the puppy (or dog0 associates trucks with treats falling from the sky, and trucks becomes something positive. So, step one is making sure you engage in socialization, and step two is making sure you do it right.

Many people believe the way to train a dog is through punishment — but punishment never works. “Punishment just adds fear and frustration,” says Tu. “It may seem like it works because it causes a dog to shut down.” In other words, they may stop doing what you don’t want them to do, but you’ve created a different — and more severe — problem.

When a dog is frightened, they have three choices, explains Tu. They can run away, fight for their lives or shut down in fear. “So, while it may look like it’s actually working, it’s not. It’s actually making your dog miserable and sad. It doesn’t help them blossom,” she says.

The use of shock collars, scaring a dog with a bottle of coins or dominant theory has long been disproven. They are all inappropriate methods, says Tu. “If you’re a new dog owner, you may not know that, and you can actually cause a lot of harm and damage to your dog before you realize that you’re going down the wrong path.” Don’t ever punish your dogs. Instead, show them what you want by using positive reinforcement.

6. Not supervising children around dogs

“The dog is not the child’s stuffed animal,” says Tu, “If you are a parent with a two-legged and four-legged creature, it is the adults’ responsibility to protect both of them.” Parents must be able to recognize when the child and the dog have reached their limit with interacting, and then be proactive about separating them.

Parents need to teach their child to be gentle with dogs, or separate them if they’re not. “You don’t let the child do things like ride the dog. Your dog may tolerate it, but only to a point — and then it’s going to fight back,” says Tu. If a child has been allowed to slap, punch, ride or mistreat the dog, and the dog finally snaps, it’s the parents’ fault.

Tu says that any child under 10 years old should always be supervised around the dog. “The dog is not your extra nanny. You never leave a dog and a child alone in a room — ever,” she says. Even if you’re leaving the room for a minute, take the dog or the child with you.

Related: Here Are 6 Books to Teach Kids the Right Way to Handle Dogs

Dogs are wonderful additions to your life, but you have to make sure you are setting them up for success.

This article is for informational purposes only. It is not, nor is it intended to be, a substitute for professional medical advice, diagnosis, or treatment and should never be relied upon for specific medical advice.

We may seem a small commission if you decide to purchase some of the products mentioned.