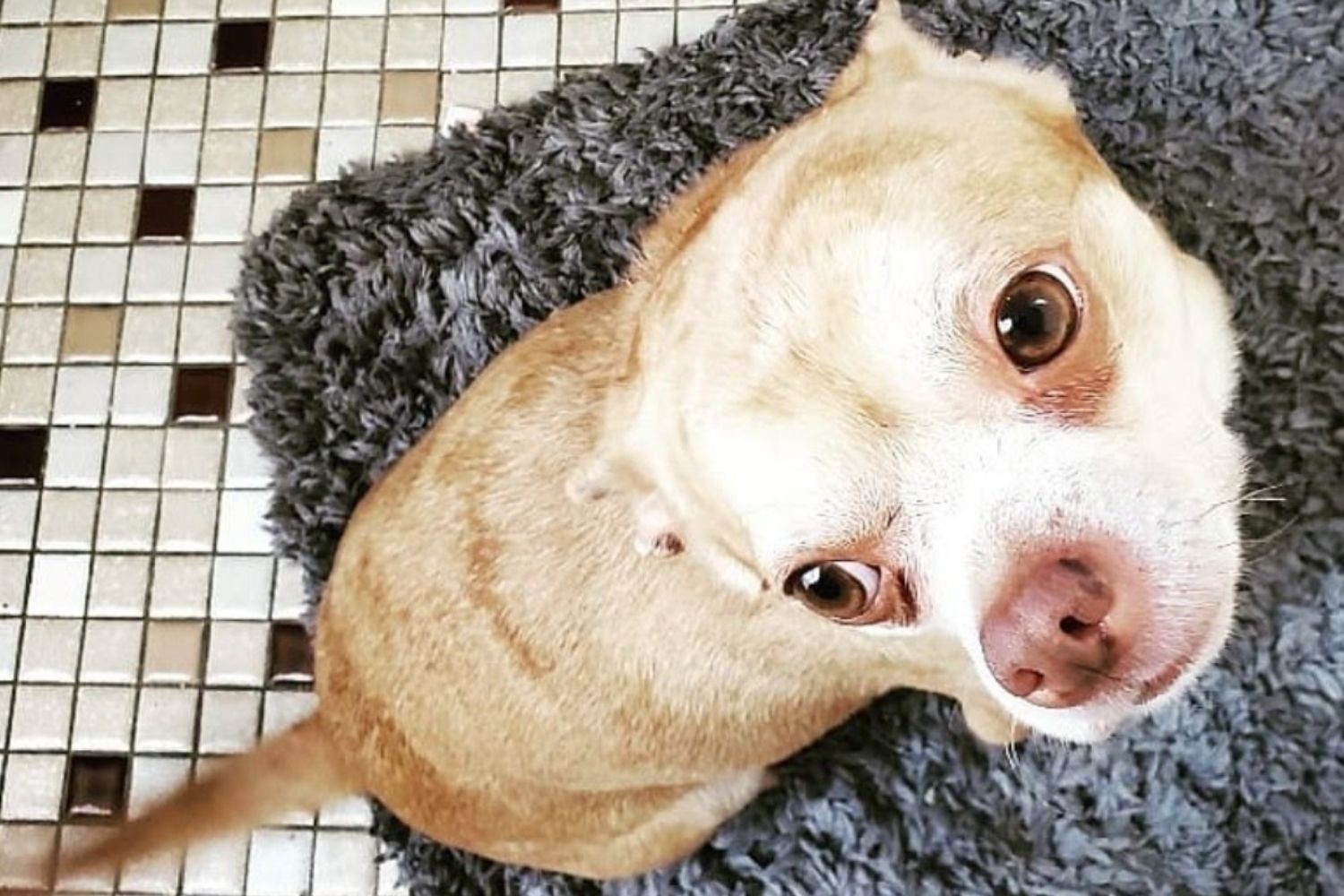 We can all rest a little better tonight. The foster dog who terrorized everyone has found a loving forever home.

Early this month, Tyfanee Fortuna of New Jersey posted a very candid bio post of her foster dog Prancer, a Chihuahaua she compared to a “haunted Victorian child in the body of a small dog that hates men and children,” on social media.

“I’ve tried for the last several months to post this dog for adoption and make him sound…palatable. The problem is, he’s just not. There’s not a very big market for neurotic, man hating, animal hating, children hating dogs that look like gremlins,” she wrote on Facebook.

She continued, “He hates men more than women do, which says a lot. If you have a husband don’t bother applying, unless you hate him,” she wrote. “Have other dogs? Cats? Don’t apply unless they like being shaken up like a ragdoll by a 13lb rage machine.”

Fortuna had Prancer for about six months before she posted his bio. He had been accepted into local rescue organization Second Chance Pet Adoption League and Fortuna volunteered to foster him, but right off the bat, there were signs he may be a handful.

“Prancer came to me obese, wearing a cashmere sweater, with a bacon egg ‘n cheese stuffed in his crate with him,” said Fortuna. “I should have known in that moment this dog would be a problem.”

The post received thousands of shares, with many wanting to adopt the little gremlim, including Ariel Davis of New Haven, Conn.

“I thought I would be a good fit for him: a single lesbian living with a female platonic roommate with no other pets and a work schedule that could easily accommodate taking care of a dog,” she told This Dog’s Life. “I have also had experience with trouble dogs in the past and felt I had the knowledge to do right by him.”

Related: Want to Get a Small Dog Breed? Read This First.

When it came time for the meet-and-greet, Davis said it was as expected. He was a bit skittish and untrusting, she says, but noted that food helped a bit in accepting her presence. “I don’t think he thought much of me either way, but he also didn’t reject me in any way. I thought he was just the cutest,” she says.

After the adoption was finalized, Davis started to see him come out of his shell a bit – demon and all.

“He is a little demon! But the good kind! He is loving and playful and very interactive,” she says. Davis adds that he is crazy about her, extremely loyal, and a bit spoiled — as all dogs should be.

“My bed is a little high off the ground, and I know that he is perfectly capable of getting up there because I have seen him do it!” she says. “However, he loves to whine until I help him up, which I think is just adorable. He whines when he isn’t getting enough attention which I don’t mind, because then I just know to love him more!”

Prancer may not have gotten off on to the best start, but Davis is making up for it.

“I think that it is important to understand that sometimes, people and dogs just need to be in the right setting for their true colors to shine through. When we are uncomfortable, we aren’t happy or fun to be around.”

Davis also offers a bit of advice for those looking to rescue a troubled dog. (Prancer received hundreds of applications). She says you should check your motive and make sure you are doing it for the right reason; do your research on behavioral issues; and be 200% committed to the dog.

“I am really grateful to Tyfanee and Second Chance adoption for helping Prancer find the right forever home with me,” she says. “Prancer really is a great fit for me, and I love him with all my heart.”