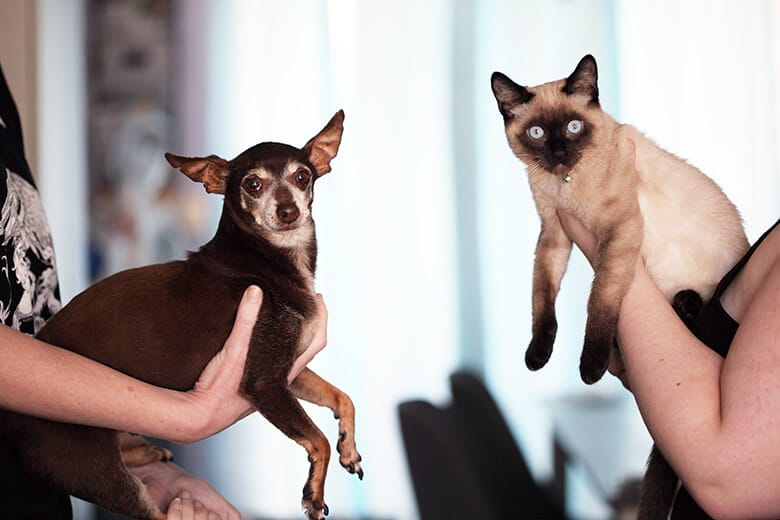 When it comes to who is happier – those who own a cat or dog – the data has spoken, and no surprise to us, it is those who are dog owners. The General Social Survey, which monitors societal issues, like politics, decided to last year weigh in on pet ownership for the first time, according to The Washington Post. It asked the basic questions, including “do you own a pet,” but it decided to also dig a bit deeper, examining psychological characteristics of pet owners, including happiness.

Related: 10 Ways You Can Set Your Dog Up for Success While You Are Gone All Day 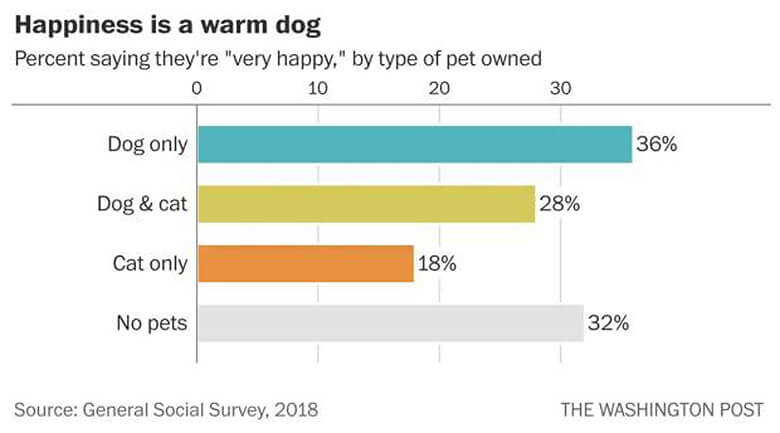 Related: Navigating the Shelter System to Find the Right Dog for You

While it found that there is not a significant difference in contentment between those who have a pet and those who do not, it did find a distinction between cat and dog people According to the results dog owners are about twice as happy as cat owners, 36 percent to 18 percent, respectively. (Those who own both a cat and dog fall in the middle.) So, does that mean dogs will make people happier? Possibly, but there are other factors to consider, too. For one, dog owners are more likely to own a home and be married – both events impact happiness and wellbeing. Also, dog owners tend to form a stronger bond with their pet, which, as science has shown, can improve life satisfaction. The survey found that dog owners are more likely to play with their pet, seek comfort in their pups and consider their canine friend part of the family. 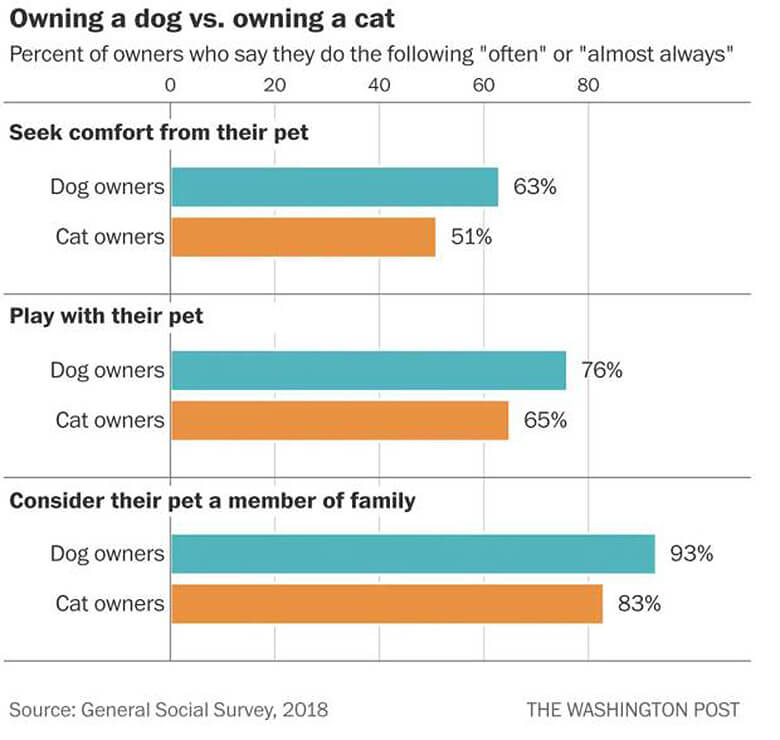 This isn’t the first time dog and cat owners have gone head to head. In 2016, at the Society for Personality and Social Psychology Convention, Katherine Jacobs Bao of Manhattanville College announced that dog owners were “higher in well-being, more conscientious, less neurotic, and marginally more extraverted and agreeable than cat owners.” They were also happier. So, there you go.

Related: Special Exhibit Show the Bond We Share With Our Dogs