PRESS ESC TO CLOSE
Wellness > Diet > New Report Finds 1 in 3 Dogs in the U.S. Are Overweight 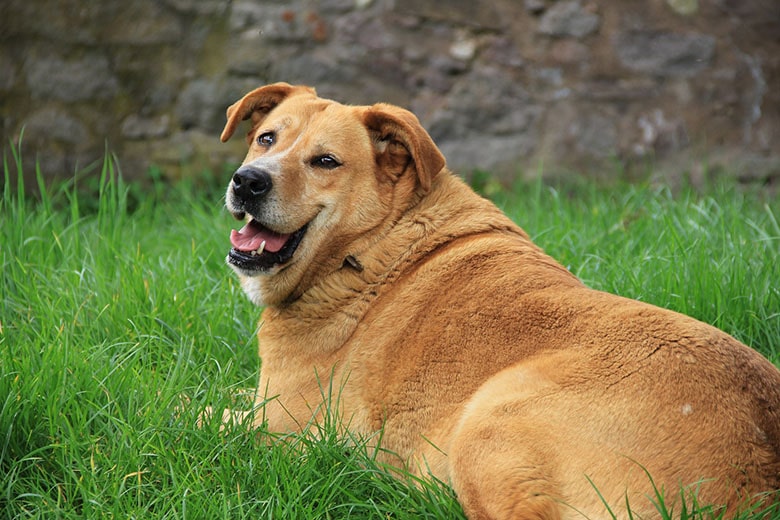 It’s been all over the news: Americans are facing an obesity problem. Apparently, so are pets.

Banfield Pet Hospital has just released its 2017 State of Health Report, which revealed one in three pets that visited its hospitals were either overweight or obese.

An obese pet will have similar problems as an obese person. Their health suffers with problems ranging from diabetes and arthritis to tracheal collapse in dogs. They often experience depression and an obese dog or cat may have a shortened lifespan. Also, overweight animals aren’t cheap. Owners of overweight dogs spend 17 percent more on healthcare costs and 25 percent more on medications, according to the report.

The findings came from data from than 2.5 million dogs that Banfield cared for in 2016.

Allison C. Gracey, vice president of the Banfield’s media team, thinks the rise in the obesity rate is due to a lack of exercise, too much food and a changing attitude towards our pets.

“We are starting to consider our pets more and more as members of our families, and we like to communicate and show affection by offering too many treats,” she says. “It can be pretty easy for us to give too many treats in a single day to our pets.”

If you consider that a small toy dog may only require 200 to 300 calories a day, it’s easy to see how a few sticks of chicken jerky can result in the need for a larger harness. Instead of rewarding your pet with a treat, give them a belly rub or a scratch behind the ears, says Gracey. Even small changes, like playing with your pet for 10 minutes every day, can add up and have a positive impact on your pet’s health over time.

If you are concerned about your pets’ weight, says Gracey, the best thing you can do is partner with a veterinarian to identify a safe, healthy way to help your pet maintain or achieve a healthy weight. In the long run, your dog will be happier, healthier, more playful, and more content. So instead of a high calorie treat, take your dogs to your local park and let them run around on the grass.