We have all seen it: a dog resembling his human. Well, now there is a game based on this phenomenon.

Called “Do You Look Like Your Dog?” the card game is similar to memory. Fifty cards depict photos of people who look like a dog. Flip them over, mix them up and try to find the matches.

Gethings was given a year to find and shoot the 50 portraits. He first focused on the dogs, putting a call out on social media for certain breeds — poodles, bulldogs and Afghan hounds, to name a few. He then set out to find their human counterpart.

“I would always have one eye on people I passed in the street,” he says. “Many of the subjects I stopped in the park or on the bus and had to find a tactful way of saying, ‘You look exactly like a poodle. Can I take your photograph?’”

Related: Bored Pup? Here Are 15 Yummy Things You Can Stuff Inside Your Dog’s Kong — And Keep Her Happy for Hours

Once in the studio, Gethings got to work. For the dogs, he would position them how he wanted, using cheese, or “dog kryptonite,” as he likes to say. Next, he would style the human models to have a similar pose or expression.

Once he was able to match up a dog with a human, he would style them, shoot them and move onto the next.

For the most part, the dogs acted, well, like dogs.

“The huge Newfoundland had way too much love to give and almost killed my assistant, knocking her to the ground and cuddling her into submission,” he says. “Our beautiful standard poodle was in hair and make up for about two hours and then the next dog turned up early. They took one look at each other and set off together, rolling and barking across the floor.” Let’s just say the groomer was not happy.

After giving the images to a newspaper, the series went viral. “It is still building in momentum, and it’s really exciting to watch it move around the world,” he says.

To see what all the fuss is about, check out some of our favorite matches. Want to purchase the cards? Head over to Laurence King Publishing to buy.

Related: The 5 Best Tech Gadgets to Keep an Eye on Your Dog While You’re Gone 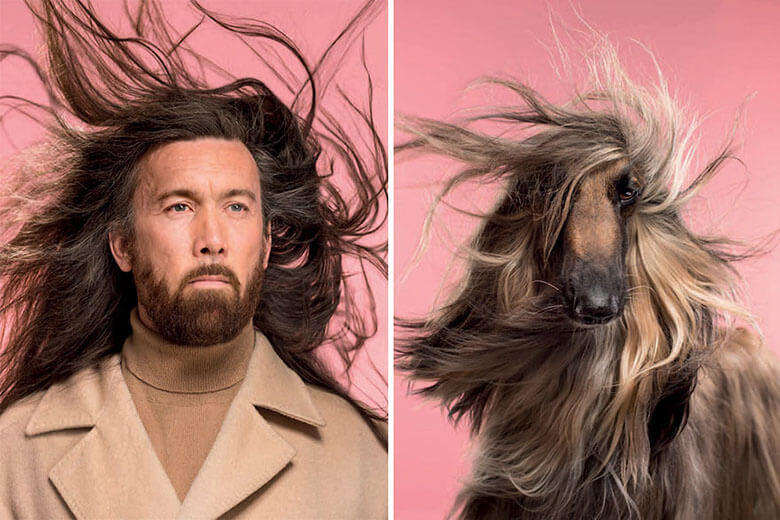 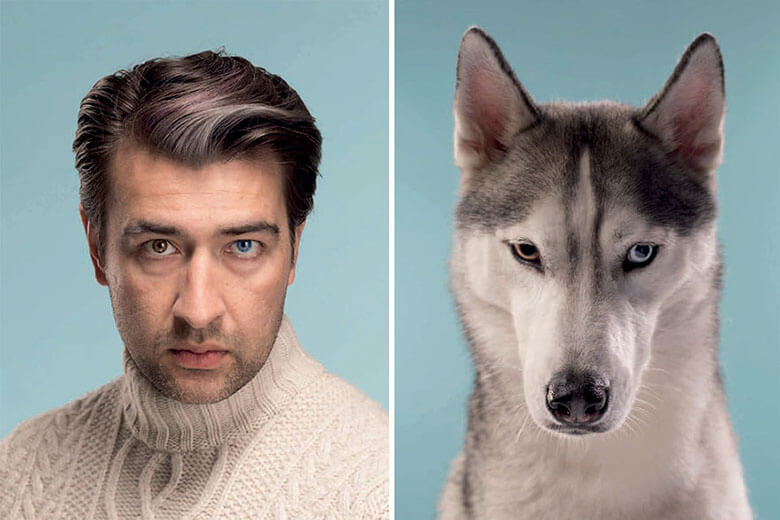 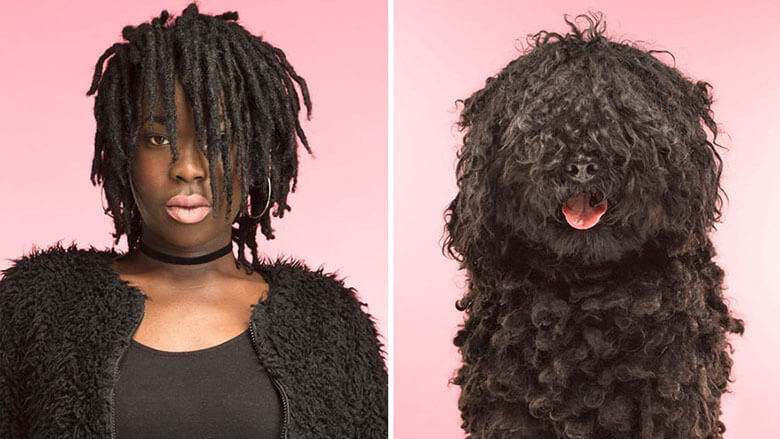 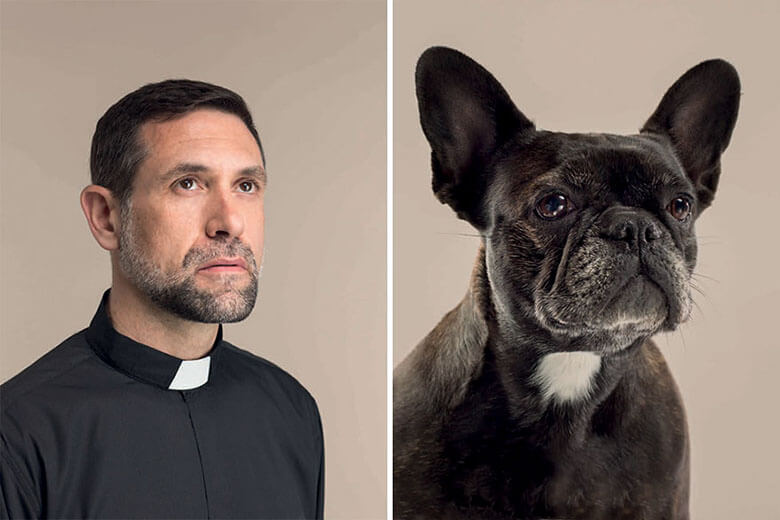 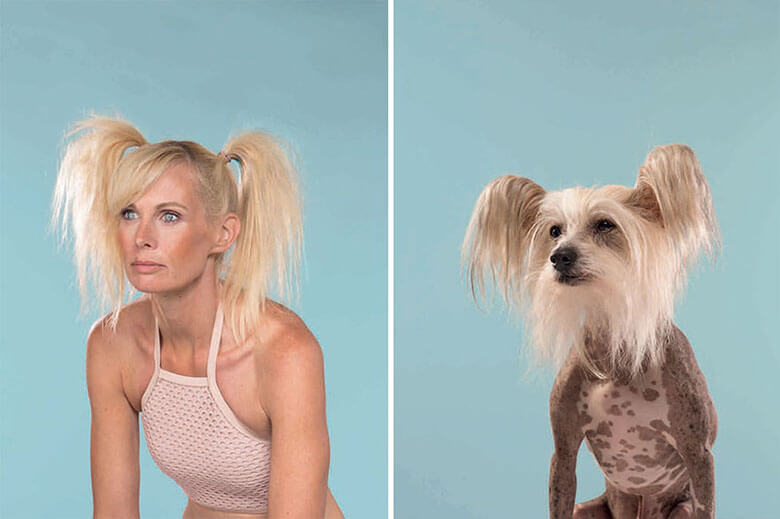 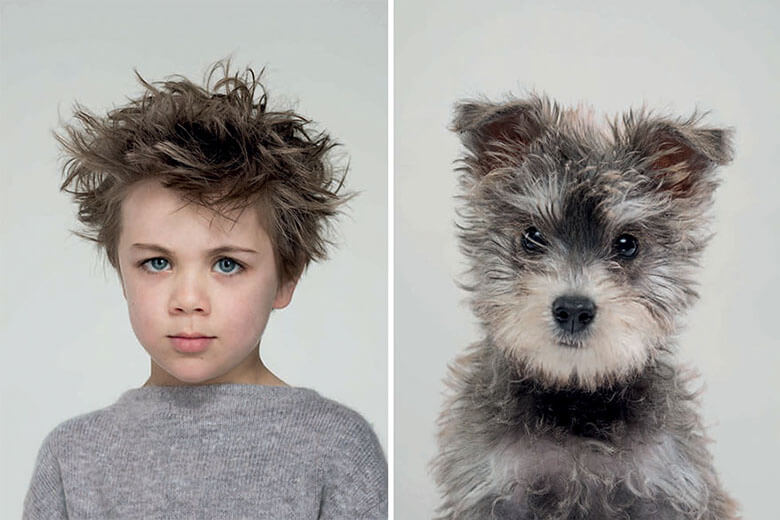 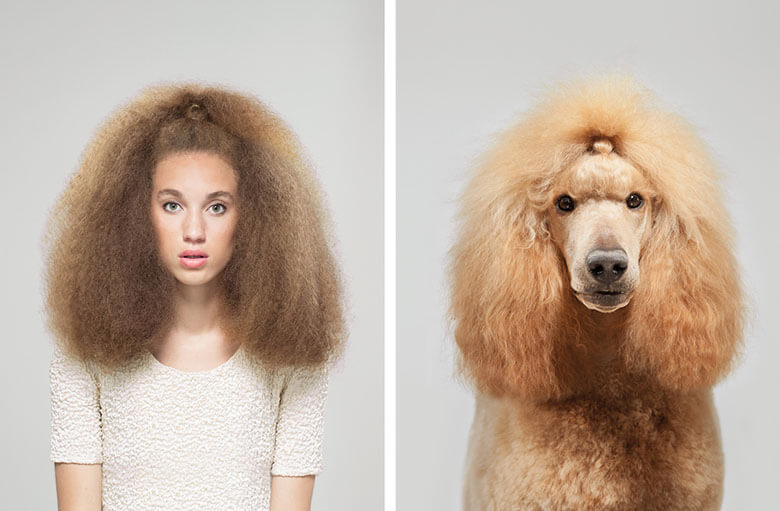 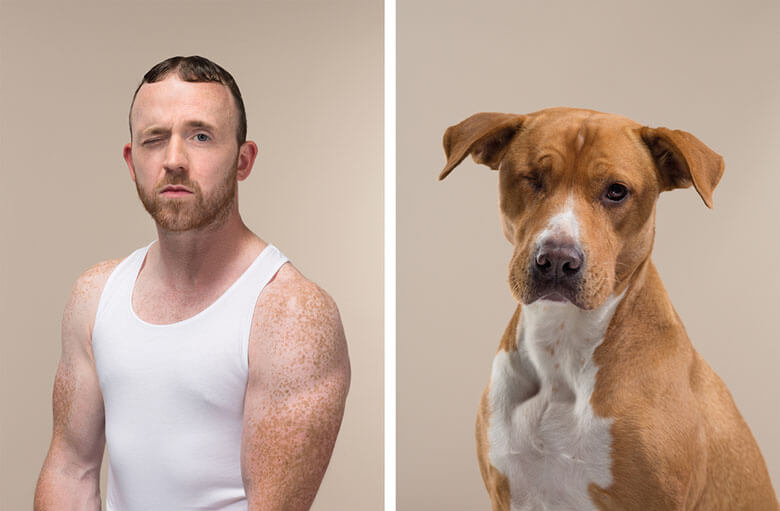 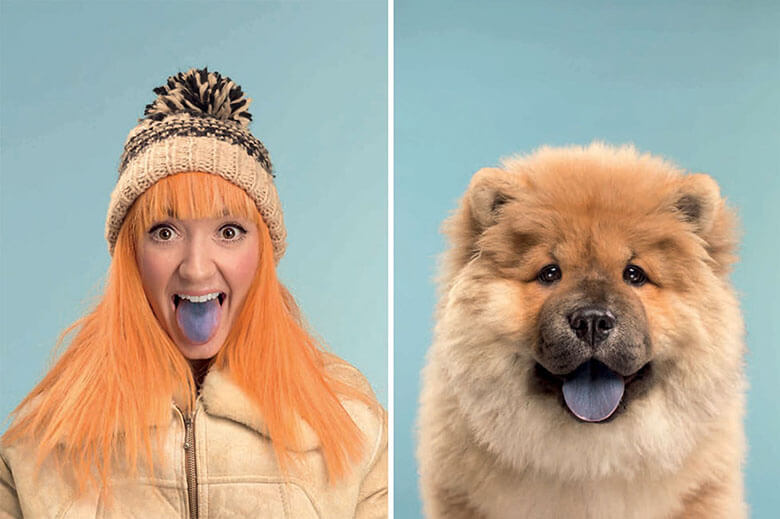 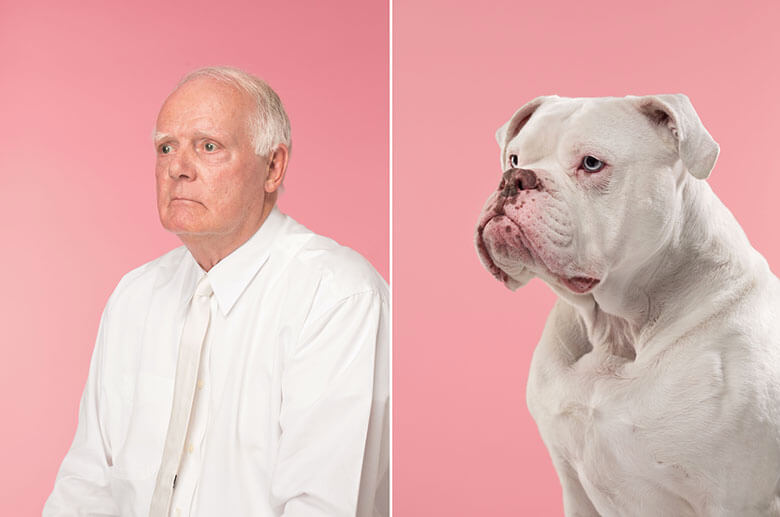