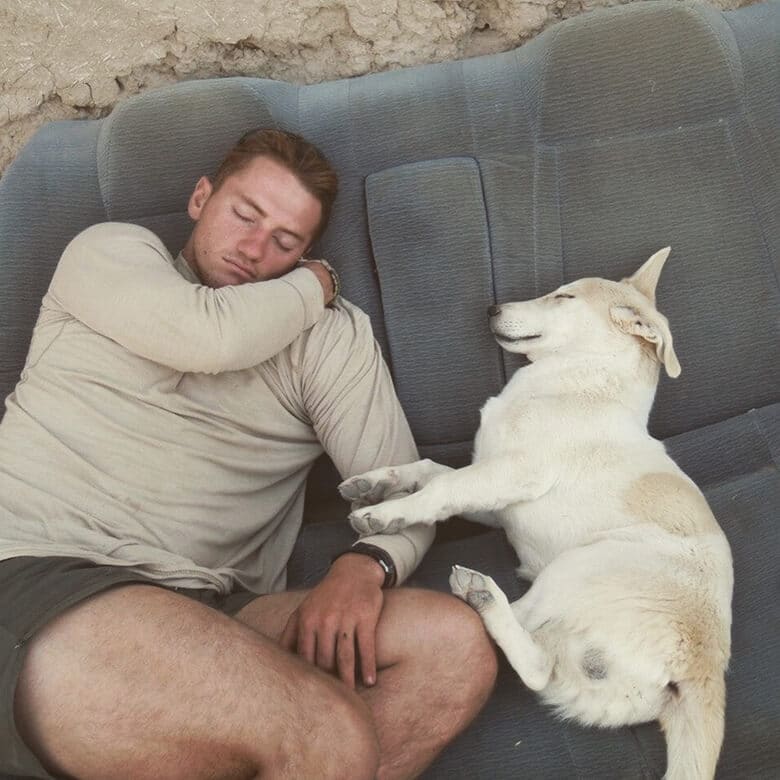 In 2101, Sgt. Craig Grossi was in the Sangin District in Helmand Province, Afghanistan, sent there to help secure the area for the villagers. He describes the area as a violent place, and it was the last place he’d expect to meet his first dog. But that’s just what happened.

He spotted the dog trotting across the compound they were holed up in. At first, he thought he was seeing a large dog: big head, long tail. But when he looked closer, he saw these short, little legs. “He’s two dogs long and one dog tall,” he explains in the trailer for his book, Craig & Fred: A Marine, A Stray Dog, and How They Rescued Each Other. Grossi made friends via a piece of beef jerky.

The dog wagged his tail, which stopped Grossi in his tracks. He didn’t understand what a stray dog in Afghanistan would have to wag his tail about. The dog had never been shown any love or compassion. He was covered in bugs, was hot, dirty and hungry. The marine was a stranger in a dangerous environment, but the dog was happy to see him. 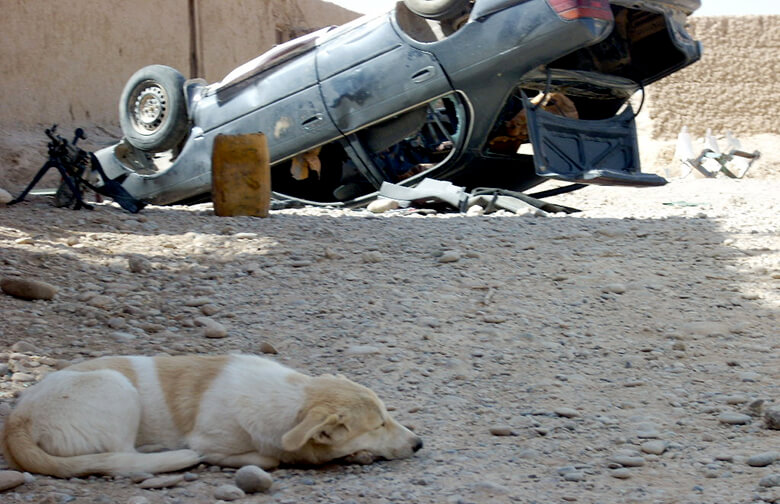 “That moment describes Fred’s philosophy and his message to me,” Grossi says in his trailer. “No matter how miserable you might be or how hard things might be, you can always wag your tail.”

When the dog began to follow him, another marine yelled that it looked like Grossi had found a friend. But Grossi heard, “Looks like a Fred.” And the name stuck. 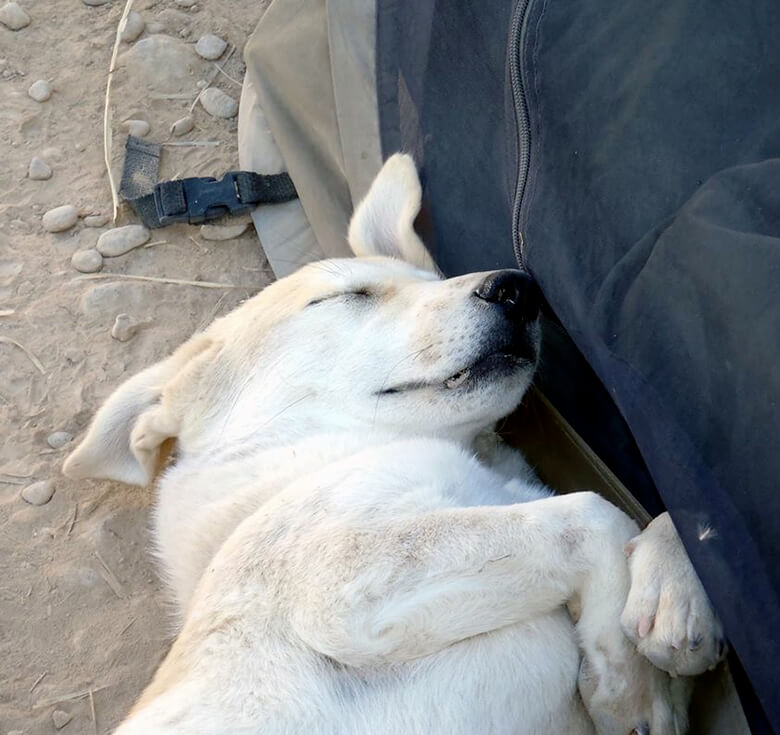 He had to sneak Fred into his base, because the Marines do not allow stray dogs. But Fred was worth it. “There were a lot of things that made Fred special that I could see right away,” Grossi tells This Dogs Life. “The most obvious and incredible one was his positive attitude and confident demeanor.”

The other Marines in his unit loved Fred right away. “We could all tell that he was special, because he was so different than the other dogs we had seen,” Grossi says. Despite the danger around them, Fred was a normal dog. “He did normal dog stuff like tug-o-war and napping in the shade to coming along on our night patrols and dodging mortar rounds during Taliban attacks,” he says. 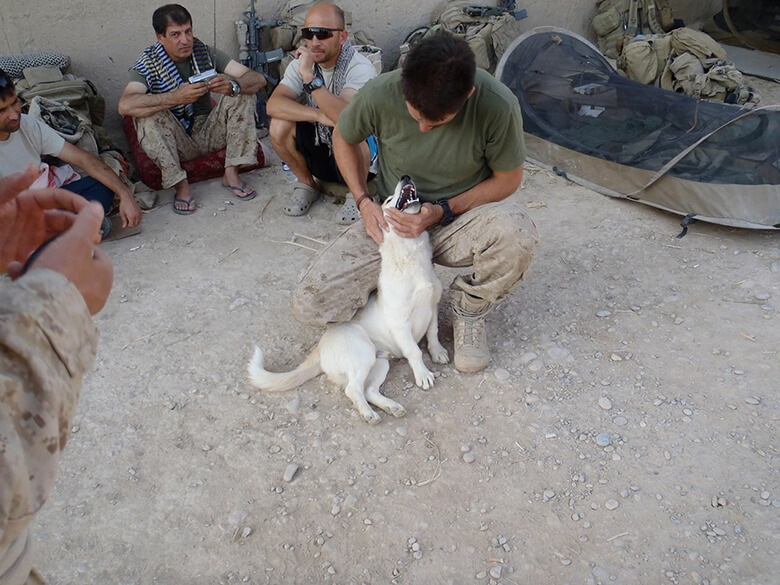 Fred helped Grossi endure the war. “When you were hanging out with Fred, it didn’t matter if it was 5 min or 5 seconds, that’s what you were doing,” he recalls. “He gave us a break from the stress of living in a combat zone, not knowing when the next attack would come.”

As Grossi relates in his book, he kept Fred with him on base while he was there on a two-week break, but as he got closer to the day he would be going back to fight, he started losing sleep over what to do about Fred. If Grossi was caught with the dog, Fred would be euthanized and Grossi could go to prison. An image of a DHL compound he’s seen on a drive kept coming back to him. 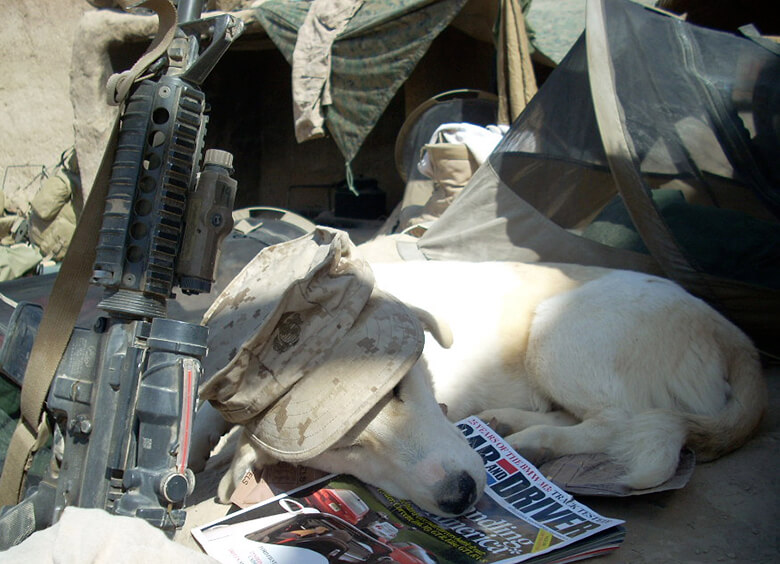 Grossi explains in his book that he went to the compound and told a DHL worker, Tinashe, that he was thinking of shipping something. “If someone had a dog – hypothetically — would that be something you could ship?” The worker was willing to meet the dog, and when he did, he fell in love with Fred too. But when he handed Grossi a long list of forms he’d need to obtain, his heart sank.

Grossi called his sister, and she started working on the paperwork, but it would take longer to get together than Fred had before Grossi had to leave. So he approached Tinashe again, and the man offered to take care of Fred until the forms came through. 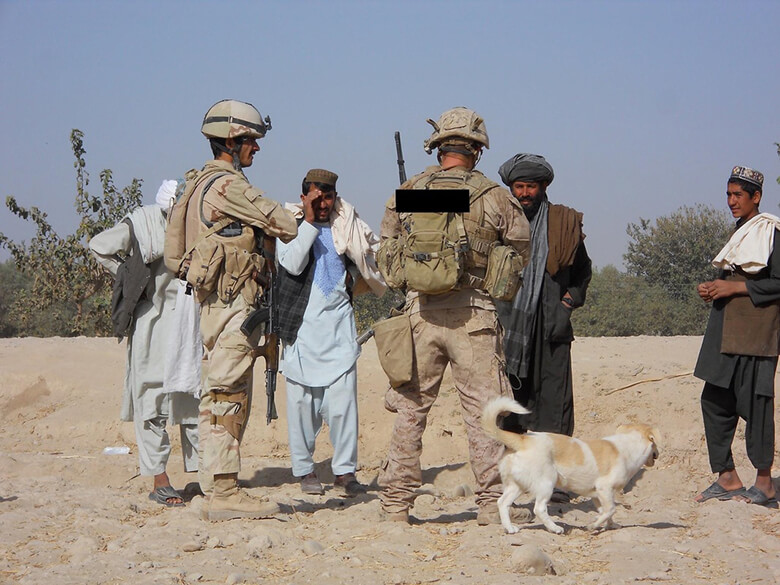 “Today, there are organizations like Puppy Rescue Mission that help troops get their pups home from all over the world,” Grossi explains. “They weren’t around yet when I found Fred.”

Both Grossi and Fred made it back to the States, but it wasn’t easy for either of them. Grossi soon realized that he was suffering from the symptoms of PTSD.

“Fred did what so many dogs do,” he says. “He never let me take one moment for granted and was a constant reminder of what I was capable of. Getting him home was one of the hardest and best things I ever did.” 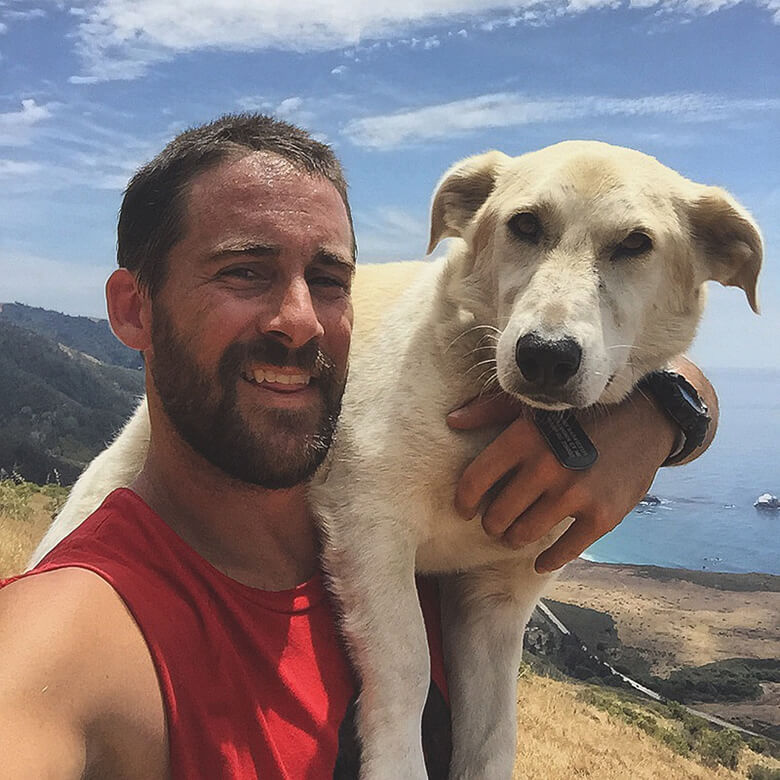 Fred helped his human best friend deal with PTSD by giving him a way to talk about his experiences with people, Grossi says.

“A simple question at a dog park, ‘what kind of dog is that?’ would give me an opportunity to share our story and the stories of my friends that didn’t make it home,” he says. “And after a little while, I realized I loved telling our story and wanted to write a book.”

For the next few years, Fred and former Sgt. Craig Grossi travelled around the country sharing their story while he wrote his book. “What I love about our story is that people always seem to take away different lessons from it,” he says. “It is so much bigger than me and Fred, and I’m just proud to share it with everyone and let them get what they need from it.”

The book was recently released and can be purchase on Amazon, Barnes & Noble and other sites.