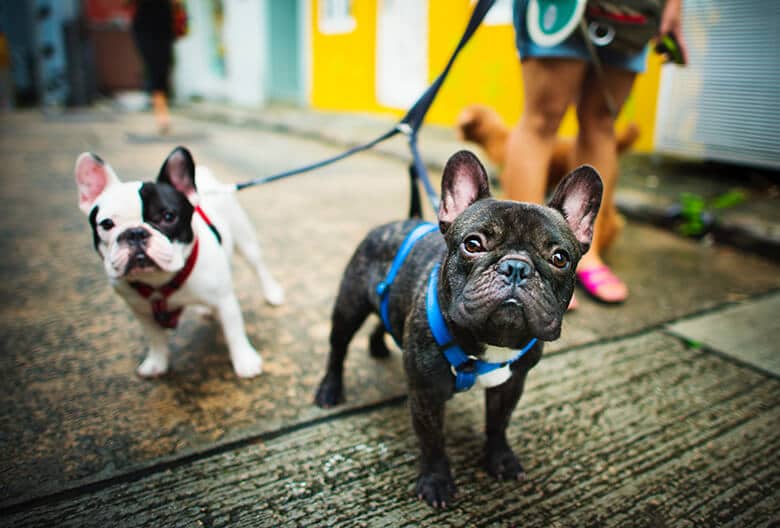 It easy to see why French bulldogs are so popular, with their wrinkly, snub-nosed faces and class-clown nature. Low to the ground and built like a tank, the Frenchie walks like a boxer and acts like he can take you down. They stand out in a crowd, and they’re proud of it.

It’s no wonder then that the Frenchie takes the no. 4 place on the AKC’s “Most Popular Breed” list, and has risen to the top in the United Kingdom. Indeed, for the first time in 27 years, the Kennel Club reports, the Frenchie has taken the crown from the Labrador Retriever as the UK’s most popular dog breed.

Yet, their comical, squashed face that helped them gain popularity, also causes a host of health problems. They are classified as a brachycephalic breed due to their flat face and short skull, resulting in many breathing issues. Indeed, researchers found that nearly half of French bulldogs have breathing problems, with 66 percent having tight nostrils. And these health issues can come with a hefty price tag (some owners have opted for nose jobs for their dogs to make breathing easier.)

The British Veterinary Association has launched a campaign called #BreedtoBreathe to challenge the perception that despite the fact that Frenchies struggle to breathe, their cuteness factor overrides any health concerns. In Australia, they call this Love is Blind.

Related: The Best In Show Problem: How Pedigree Breeding Can Hurt Our Dogs

So, if you’re thinking of getting a dog, and you love the French bulldog, but you’re not sure you can afford the extra expense or are worried about getting a dog whose quality of life may be compromised, there are breeds with similar personalities and characteristics, but don’t have extreme breathing problems. 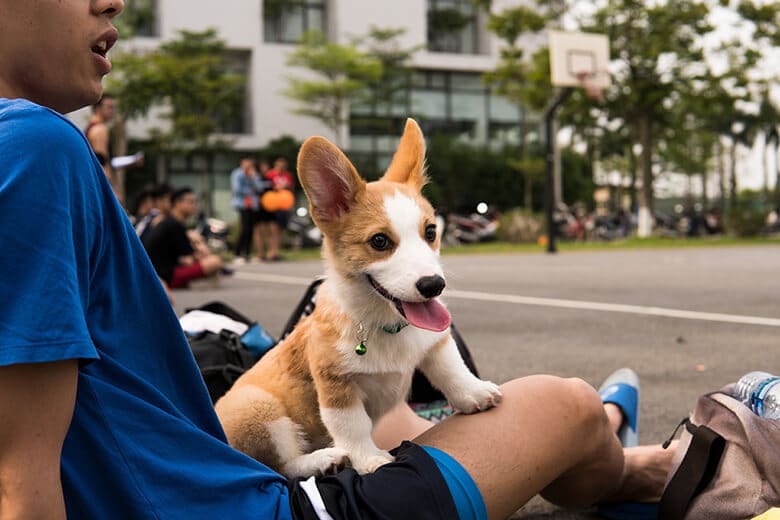 The Corgi has an incorrigible grin that goes along with her happy, playful personality. Vet Street describes the corgi personality as “a cross between a cruise-line social director and a high-school hall monitor.” They always want to be involved with everything their people are doing, so they make great family dogs. This intelligent breed is not a pushover and needs training if you want a Corgi who doesn’t believe he’s large and in charge. Teach your flurry goofball the house rules, and he’ll make you laugh for an average 12 to 14 years. 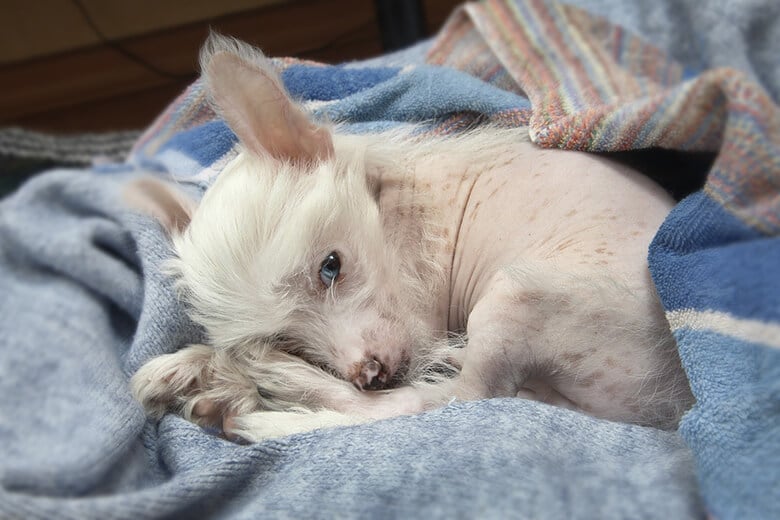 The Chinese Crested is the breed closest to a magical unicorn. The hairless version sports long, silky hair only on the top of their head, ears, lower legs and tail, and they tend to look like tiny ponies. (The full-hair version is known as a powderpuff.) A happy, playful dog, the breed excels at snuggling and loves to be the center of attention. Intelligent and highly social, they are extremely loyal to their family and love nothing more than to spend time cuddling. They live an average of 10 to 14 years, and are generally a healthy breed. 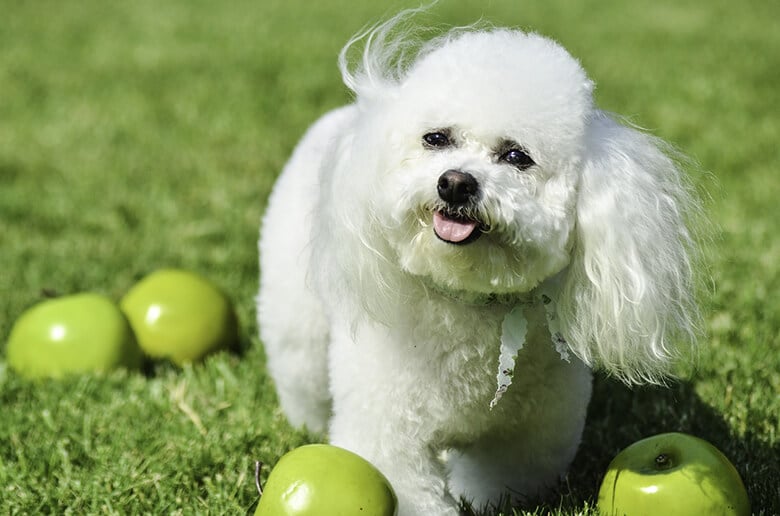 If you like a dog that looks like a large cotton ball and has the personality of a Saturday Night Live comic, the Bichon Frise is for you. Gentle, playful and prone to bursting into stand-up comedy routines, this breed doesn’t need a lot of exercise, but they are prone to an intermittent Bichon Blitz, aka zoomies, when their little bodies can’t contain their joy. These intelligent dogs are among the healthiest, and can live 15 years or more. 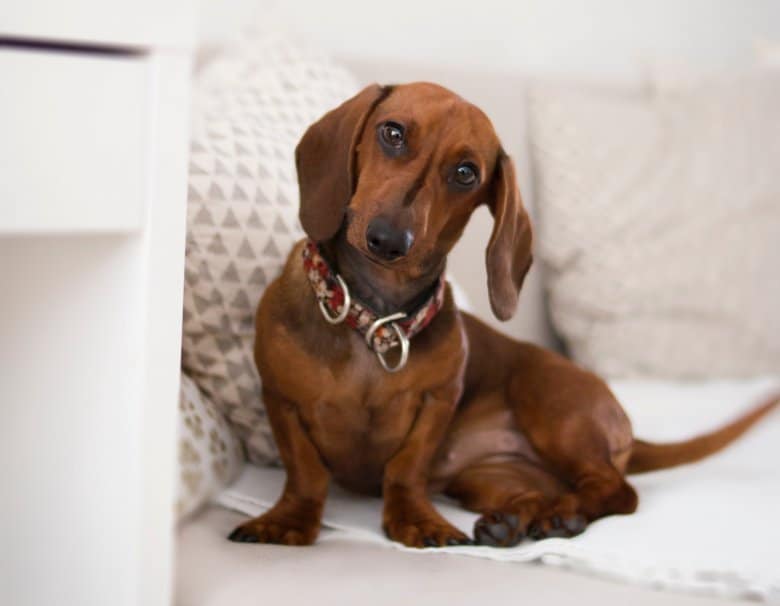 Though they don’t look like it, dachshunds were bred originally to hunt badgers. They are brave, bold, and fearless, sometimes to the point of recklessness. Cute and comical with outsized heads and stubby legs, they love to stick close to their family and can make a game out of anything (including the “tying your shoes” and “the dragon vacuum monster” games). The Dachshund will keep you entertained for 12 to 15 years or beyond. 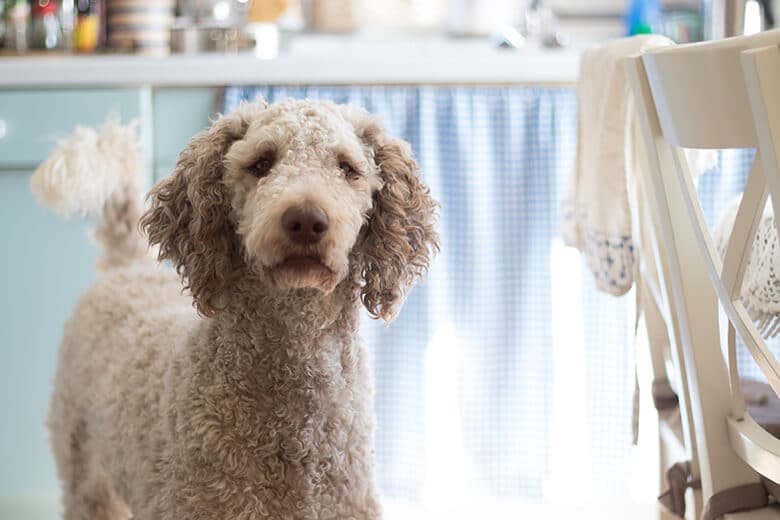 Poodles are one of the most intelligent breeds out there. These happy, people-pleasing clowns love mingling with people at cocktail parties (as long as they’re appropriately attired) and hanging with the riff-raff at the local dog park. Toy and miniature poodles need less exercise, and they’re content to climb into your lap for a Netflix marathon. The empaths of the canine kingdom, they make great therapy dogs. This affectionate breed has a lifespan to 14 to 18 years and beyond.