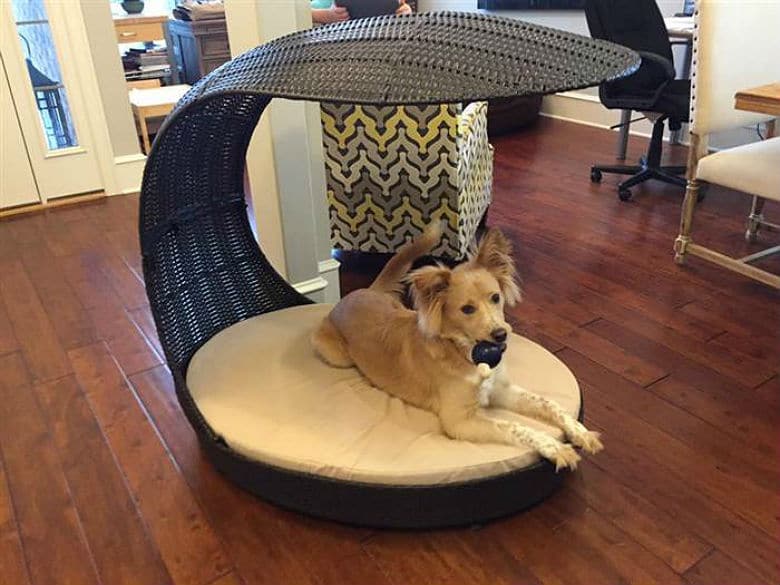 While we all have crappy days, one man’s night takes the literal crappy crown.

Dad Jesse Newton of Arkansas took to Facebook to vent about a recent evening when his vacuum encountered his dog’s poop.

In the hilarious post, Newton describes the “pooptastrophe,” “poohpocalypse” and “pooppening” event that happened when his Roomba decided to go over his dog Evie’s mess — a no-no for the robot vacuum.

“Do not, under any circumstances, let your Roomba run over dog poop,” he writes. “Because if that happens, it will spread the dog poop over every conceivable surface within its reach, resulting in a home that closely resembles a Jackson Pollock poop painting.”

And that artistic expression is what happened at Newton’s house – all over it.

Despite the mess that ran through the house, Newton did try to salvage his $400 Roomba.

Related: Your Easter Could Be Worse

“Our lovable Roomba, who gets a careful cleaning every night, looked like it had been mudding. Yes, mudding – like what you do with a Jeep on a pipeline road. But in poop,” he states. “So you clean the Roomba. You toss it in the bathtub to let it soak. You pull it apart, piece-by-piece, wondering at what point you became an adult and assumed responsibility for 3:30am-Roomba-disassembly-poop-cleanups. By this point, the poop isn’t just on your hands – it’s smeared up to your elbows.” 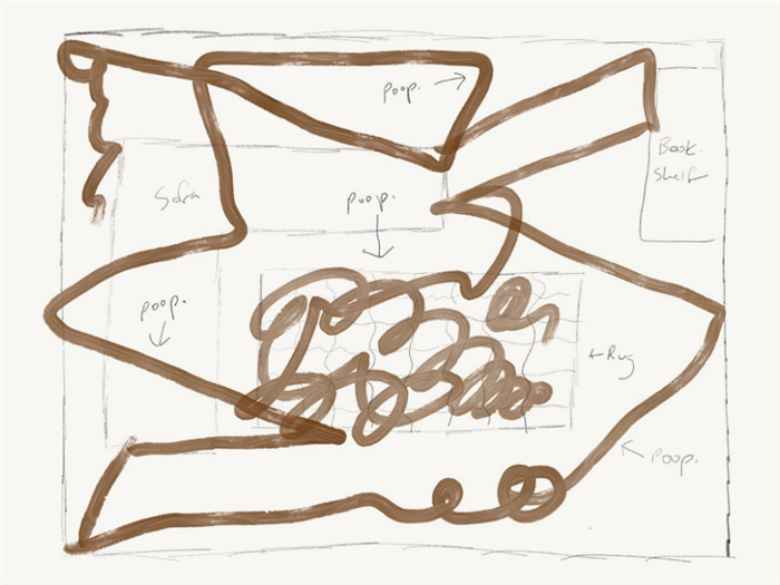 That sort of evening would have anyone seeing red and Newton definitely felt the rage, writing “you’re not just using profanity – you’re inventing new types of profanity.  You’re saying things that would make Satan shudder in revulsion.”

After starting the soaking process, Newton tackles the rest of the house, taking roll upon rolls of paper towels trying to make progress before reaching for the bleach water and steam mop, hoping he can make a dent in the 25-foot trail of poop. He finally falls asleep at 6 am, only to tackle the expensive Roomba the next day.

“After watching a few YouTube instructional videos, you remove the motherboard to wash it with a toothbrush. Then you bake it in the oven to dry. You put it all back together, and of course it doesn’t work,” he writes. “[I]t died its poopy death in the bathtub. But you hoped that maybe the Roomba gods would have mercy on you.”

Related:Bored Dog? Give Him One of These 5 Toys to Keep Him Busy.

Well there was someone looking out for Newton. He called the place where he got the Roomba, was truthful about what happened to it and to his surprise was sent a new one – for free.

Here is the very funny post in its entirety. To date, it has been shared more than 325,000 times.