Everything You Need to Know About the Bernese Mountain Dog

The Bernese Mountain Dog is a large, affectionate, lovable teddy bear of a dog with striking markings and a thick coat. They have a large, sturdy body, and though they can be couch potatoes, the Bernese has a lot of energy. (They do have a herding instinct.) They need daily, vigorous exercise, so just letting them roam around the backyard will not keep this breed happy and healthy.

The Bernese Mountain Dog is a social dog that needs to be included in family activities. They are intelligent and fairly easy to train with positive reinforcement, but with their sensitive nature, make sure to handle with care and kindness (as you should do with every dog).

If you’re thinking of getting one of these gentle giants, here are some facts about the breed. 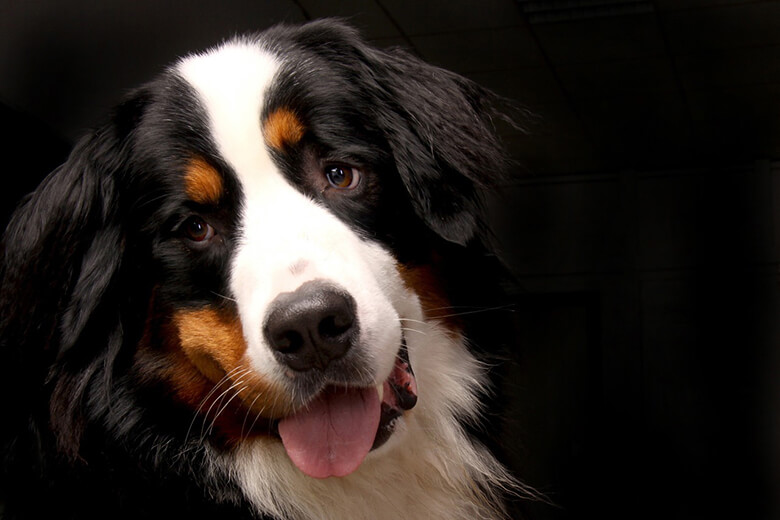 Related: The Secrets to Raising a Happy and Balanced Dog

The breed that exists today originated in the early 1900s in the canton or region of Bern in Switzerland, but originally, the breed’s ancestors were brought to Europe by the Roman invaders around 2,000 years ago.

It’s probable that the Bernese Mountain Dog has been working on Swiss farm for that long. As farming decreased in the 1800s, the Swiss decided to preserve their native breeds and founded a dog club named Berner.

Through various dog shows and classes, the Swiss mountain breeds attracted notice from the European dog community. The name Bernese was first used in 1904, and in that year, the Swiss Kennel Club recognized the Bernese Mountain Dog as a breed.

They first appeared in America in 1926 and were officially recognized as a breed by the American Kennel Club (AKC) in 1937.

Bred to work on a farm, they guarded the property, drove cows to the pasture, pulled carts and were companions. As watchdogs, their bark tends to be very loud, but they don’t bark without cause. 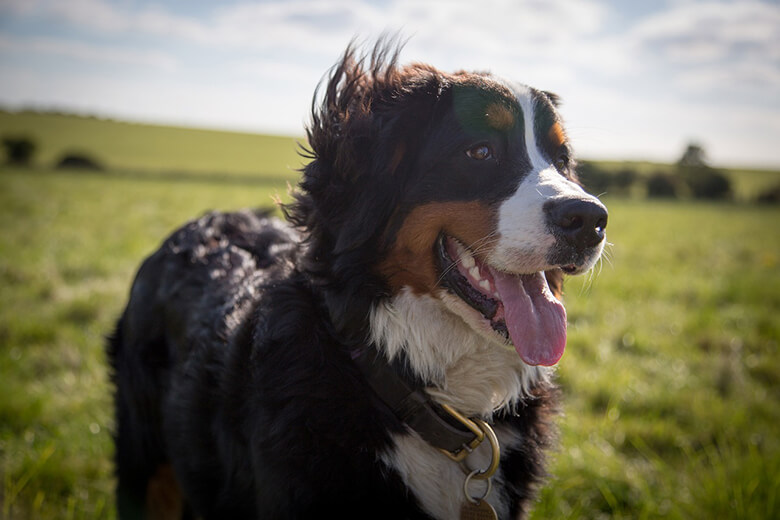 They are intelligent, easy to train, self-confident, good-natured, calm and patient.

These loyal companions are extremely active and boisterous as puppies, and they tend to be “mouthy” during play as puppies; though they are extremely child-friendly dogs, nipping may frighten some younger kids.

They get along with other pets if they are brought up together, but some may have a higher prey drive, so you should “cat and tiny dog test” first.

Since they were bred originally as guard dogs, they can be cautious around strangers, and some may become shy, so early socialization is imperative. They are very social and need to be around their people, so they don’t do well being stuck in an apartment all day without any exercise or company.

With a thick, long double coat, these dogs shed — a lot. They should be brushed at least three to four days a week to remove excess fur and dirt. They only need bathing every three months, unless they get particularly dirty. 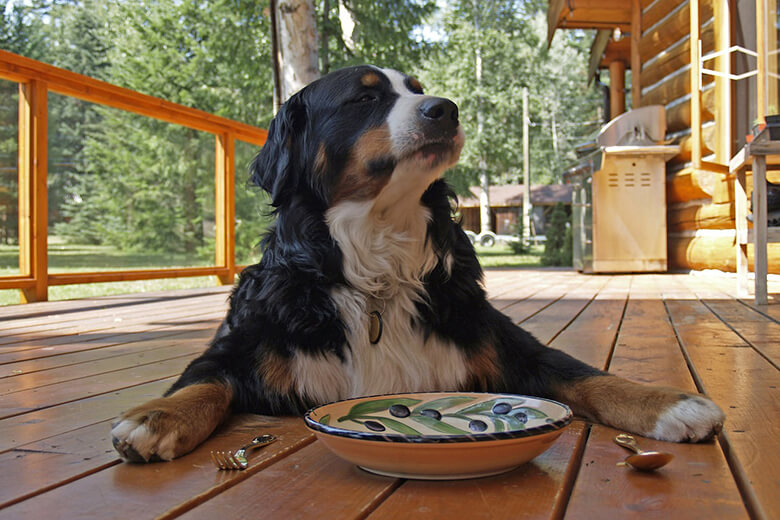 The Bernese needs a few longs walks a day and at least 30 minutes of vigorous exercise daily — but longer is better. Bred for cold weather, they love playing and exercising in the snow. Hot weather is another story. During the summer, they can easily get heat stroke, so only exercise in the early morning and late night. Don’t leave them outside without shade or fans; they’re safer inside with air-conditioning, especially if they’re alone.

All breeds have the potential to be born with genetic conditions. This breed is genetically susceptible to:

Other potential diseases include: allergies, autoimmune diseases, bloat, cataracts, digestive diseases, hypothyroidism, osteochondritis dissecans (disease of the cartilage), sub-aortic stenosis (heart disease), and a few others. This may seem like a long list, but many of these conditions rarely occur.

Places to get a Bernese Mountain Dog

If you are set on buying a puppy, do not go to a pet store. Those puppies come from puppy mills, where dogs are bred without any concern for health, temperament or breeding out genetic conditions.

To find a reputable breeder, check out the Bernese Mountain Club of America On-Line Breeder Referral or the AKC Marketplace.

If you are thinking of an older dog (though sometimes they have puppies), consider going to a shelter or a rescue. Specific breed rescues include BFW RESCUE, the Bernese Mountain Dog Club of America Rescue & Rehome, Rescue Pledge, or your nearest Bernese Mountain Dog club.

Related: How to Keep Your Dog Away From the Vet During the Winter 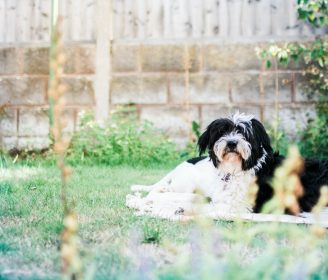 From Ticks to Fleas, Here Are DIY Sprays to Protect Your Dog Outside 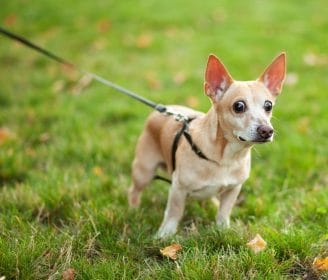