After Dog Dies on Flight, Actor Says United Airlines Crew Made a Tasteless Joke About It

United Airlines continues to be in hot water with dog lovers, with its most recent mishap happening after a crew member reportedly making a tasteless joke after a dog died on its airplane last week.

“Sorry, but my journey with @united today was rubbish,”Outlander actor Graham McTavish tweeted. “Crew on the NOLA/ Chicago leg making jokes about dogs in the overhead, and then plain rude on the delayed Chicago/Vancouver flight ‘If you want lunch you’d better get that table out.’ Just makes a bad experience worse guys.” (United Airlines told People it was looking into the matter.)

Sorry, but my journey with @united today was rubbish. crew on the NOLA/ Chicago leg making jokes about dogs in the overhead, and then plain rude on the delayed Chicago/Vancouver flight “ If you want lunch you’d better get that table out”. Just makes a bad experience worse guys.

This comment was made after a flight attendant instructed passenger Catalina Robeldo to put her French Bulldog named Kokito, (who was in an airline-approved pet carrier) into the overhead bin, claiming the dog was in the middle of the hallway and a safety hazard. 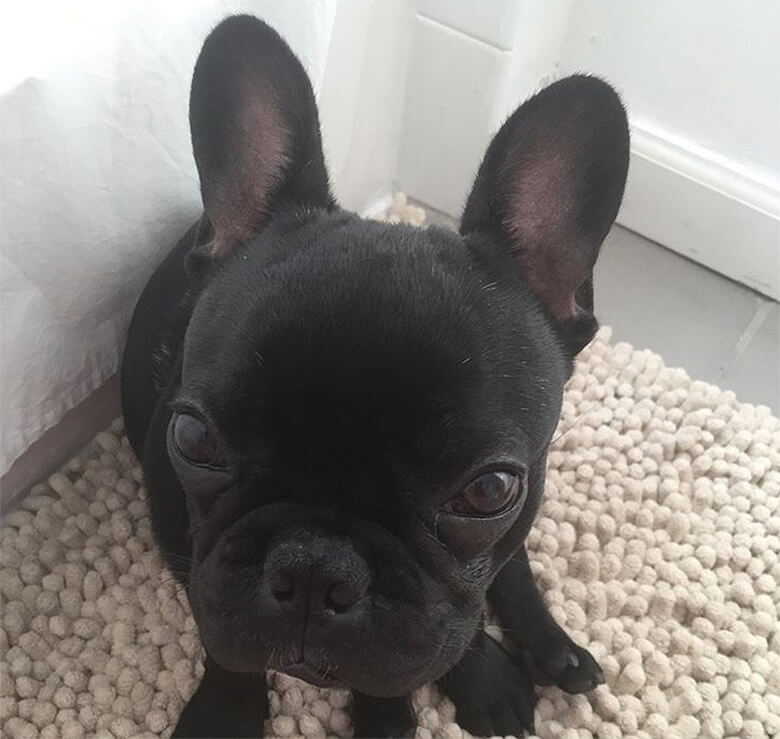 Maggie Gremminger, who was seated near Robledo told The New York Times that she insisted on not stowing her dog.

Related: Dog Dies on United Flight After Being Told He Needed to Go in the Overhead Bin, Airline Reportedly Ignored His Yelps

“The pet owner was very adamant that she did not want to put the pet carrier up above,” Gremminger told the outlet. “She was saying verbally, ‘My dog is in here, no, this is my dog.’ The flight attendant, in response, really just continued to ask her to put it above because it was a hazard where it was, it was a safety emergency, someone could trip.”

When she went to retrieve her dog after the airplane landed, Robeldo discovered he had died.

“She realized the dog was dead right there and she just started crying,” Gremminger said, saying Robledo collapsed while holding her dog. “Then the daughter started crying, then a passenger, a stranger, took the infant and held the baby while they cried right there in aisle 23.”

Related: Delta Changes Its Policy for Dogs Flying on Its Airplanes

United at the time issued this statement. “This was a tragic accident that should never have occurred, as pets should never be placed in the overhead bin,” the statement reads. “We assume full responsibility for this tragedy and express our deepest condolences to the family and are committed to supporting them.”

That tragedy was just the beginning of a week full of embarrassment for the airline. The next day news broke that United Airlines confused two dogs, a German Shepherd and Great Dane, with one flying to Japan, rather than to Kansas City where his family was waiting for him.

“They had no idea where the dog was,” Kara Swindle, the owner of the German Shepherd who was supposed to be going to Kansas, told CNN.”I burst into tears instantly because this has just all been a whirlwind. They didn’t know (where Irgo was) until 2:30 a.m. on Wednesday when the plane landed in Japan.”

And then, a few days ago, United Airlines put a dog on the wrong flight. A dog who should have been put on an Ohio flight was instead put on one heading to Missouri. Halfway through the flight, it recognized the mistake and had to turn around.

In 2017, the airline was responsible for the most deaths, with 18 animals dying on its flights.

For its part, United Airline says it is making some changes to its rules for pet transparqtaion and has halted accepting new pet reservations until May 1, while it reviews its processes.

The question on many people’s mind is will it make a difference?

Related: For Those Not Down With Flying Their Dogs, Royal Paws Will Drive Your Pup Cross Country