One of the candidates vying for the presidency in the upcoming election finally did something that many before him have failed to do: he declared animal welfare a national priority.

Julian Castro who previously served as the San Antonio mayor and Housing and Urban Development secretary, announced his animal welfare plan last week. Called the “PAW: Protecting Animals and Wildlife,” the plan is the only detailed animal welfare plan released by any of the presidential candidates.

In his plan, Castro lays out how he plans on helping domestic, farm and exotic animals, stating, “We have a responsibility to protect and care for them.”

The Texas native explains how he plans on eliminating the need to euthanize dogs and cats simply because of overcrowding. While he says the number of healthy animals being euthanized in the United States today is around 700,000, there are other statistics that put the number much higher, around 2.5 million. Although this is down from the 20 million Castro says were euthanized in 1970, it is still an astronomically high.

He also shares how he would keep animals with their families, even during trying times. A large number of dogs and cats are turned over to shelters or released into the streets because their owners can’t find housing that accepts them. Castro hopes to eliminate this by “supporting animal companionship in federal policy.” He wants to build at least 3 million new homes that would be both affordable and require to have a pet-friendly policy that is breed neutral. The Democratic candidate also plans to work with homeless shelters to ensure that pet owners will not be turned away simply because they want to bring their animal with them.

When it comes to breeders, Castro says he’ll strengthen the standards that they must follow in order to obtain and maintain their license to breed. He wants to ensure that animal breeders commit to a minimum animal welfare standard by implementing mandatory, thorough inspections and penalizing those who violate the Animal Welfare Act requirements (which currently under the Trump administration make it nearly impossible to identify bad breeders). Under Castro’s plan, breeders could potentially lose their license if they refuse to comply with the new comfort and health standards.

Animal cruelty is a crime and should be treated as such. Castro’s plan includes making animal cruelty a federal crime. He is in favor of passing the PACT Act, which ensures that individuals who cause harm to an animal will be prosecuted even if there is no video evidence of the crime occurring.

Best Friends Animal Society’s CEO Julie Castle feels that Castro’s plan is the step everyone has been waiting for.

“It’s time that members of both parties at all levels of electoral politics wake up to the fact that we are a nation of animal lovers,” says Castle. “Every candidate has an opportunity to get on the right side of history with this issue and demonstrate to our country of animal lovers that this bipartisan cause is important.”

Castro’s unveiling of his plan was momentous to the animal community because, according to Castle, it was a first. “The fact that a presidential candidate — as a matter of personal compassion or as a political calculation — has identified animal welfare as a campaign issue is huge,” she says. “And given that 68 percent of U.S. households have one or more pets, it’s also good politics and about time that policymakers got the point that most people regard pets as part of the family.”

Some of the other things that Castro included in his plan are to prohibit animal testing, ban unlicensed private ownership of big cats, institute a permanent ban on horse slaughter and stop race-day doping of horses.

It will be interesting to see if this ambitious plan prompts other candidates to do the same and realize how important animal rights are to the country.

Related: See Something, Say Something: How to Report Animal Cruelty 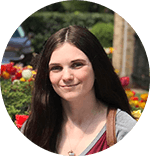 Kristen Catalano Kristen Catalano is a dog-loving, New York City-based writer. When she is not writing she enjoys spending time with her two adorable corgis and family! Kristen is passionate about educating pet parents on the best products for their pet as well as bringing as much attention to rescues.