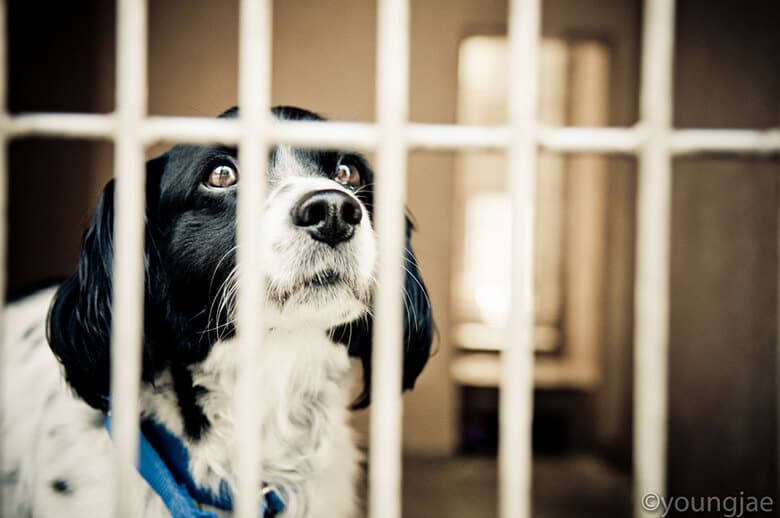 On Friday, Governor Jerry Brown passed Assembly Bill 485 – known as the Pet Rescue and Adoption Act – that bans pet stores from selling animals from commercial breeders, or puppy mills, that put profit before the health of the animals.

“This is a big win for our four-legged friends, of course,” Assemblymember Patrick O’Donnell, who sponsored the bill, said in a statement. “But also for California taxpayers who spend more than $250 million annually to house and euthanize animals in our shelters. I am very grateful for the strong support we received from animal-lovers across the state and from Social Compassion in Legislation, the bill’s sponsor.”

Related: Report Finds the Majority of Puppy Ads Online Are From Scammers

Starting in 2019, all pet stores must obtain all their dogs, cats and rabbits from animal rescue sites and non-profits. California is the first state to pass this law, but O’Donnell told us earlier this year, that 35 cities in the state already have similar ordinances.

Earlier this year, O’Donnell also said that the bill will have another cost-saving measure: veterinary bills. According to him (and many others), puppy-mill dogs often come from inhumane conditions, causing not only physical ailments but also behavioral ones. Buying one of these dogs could lead to expensive vet bills and training sessions – or worse, the dog is brought to a shelter. This will hopefully make a dent in the $250 million taxpayers spend on animal shelters in the state. (In the U.S. approximately 6.5 million dogs and cats enter the shelter system, with 1.5 million being euthanized each year.)

Californians still can buy a dog, cat or rabbit directly from private breeders.

This decision comes after a long battle, with both sides voicing their opinions in emails, op-eds and on their websites. Major rescue organizations, like the ASPCA, have supported the bill, calling it now a “landmark law.”

“We are confident that A.B. 485 will be a significant blow to puppy mills,” Jennie Lintz, the director of the ASPCA Puppy Mills Campaign, told This Dog’s Life. “By transitioning away from mill bred animals in pet stores, Californians have demonstrated their intolerance for cruel breeding.”

It is reported that 99 percent of puppies in pet stores do come from these commercial breeders.

Whereas the AKC, the Pet Industry Joint Advisory Council and local pet store owners, opposed the believe, stating it was overstepping.

“We believe that all people should have the ability to choose which type of dog to add to their family,” Sheila Goffe, the VP of government relations at the AKC, told This Dog’s Life. “When people can select a dog with predictable characteristics that match their lifestyle, they increase the odds of that dog’s success and keeping it out of a shelter.  When people cannot choose an appropriate pet for their lifestyle, that pet is more likely to end back up in a shelter.”

Opponents also state that dogs from shelters may have medical or behavioral issues unaware to the owner. “As the health, breed type and temperament history of these dogs cannot be assured, the law also takes away consumer protections for future pet buyers,” Goffe says.

This could happen, but almost all organizations do their own vet check up, evaluate the dog and provide a return policy, if the animal does not work out.

And keep in mind, there are issues with accurate health records however you acquire a dog or cat. While these big, commercial breeders are overseen by the USDA, the industry is struggling with managing breeders and providing the animals adequate conditions. Frankly, it’s troublesome. First, there isn’t enough people to oversee all the breeders in a timely fashion, some information is provided voluntarily and the health requirements are below acceptable. For instance, a dog could live its entire life in a stacked wire cage, never once stepping out of it, and the breeder would satisfying the dog’s needs. But often, when breeding thousands of dogs, this is the least concern for the animals. Which is why the Humane Society publishes its annual Horrible 100 report, highlighting some of the worst cases.

Also, the current administration made a huge change in the animal welfare database. Before, the health records of these breeders were public, allowing watchdog organizations to investigate breeders, permitting potential buyers to look into facilities and providing pet stores up-to-date records on the breeding facilities. In February, the administration hid the information, so people don’t have access to important breeder details, like the business name, making it impossible to look into these facilities. People must now go through the Freedom of Information Act to obtain these records, which can take anywhere from a few weeks to months, or even years.

Other issues with the USDA include the organization relicensing breeders who have continually failed to meet minimum care standards, not requiring those convicted of animal cruelty to disclose this information when getting their license renewed and allowing violators to get licenses under new names, or put the name of the business under another family member.

As for the Californians who do purchase a dog directly from a breeder, there are also issues of health and accurate records. The USDA does not license or oversee many breeders who sell directly to consumers. The issue is that some of these breeders will show beautiful pictures on their website of the conditions the dogs live in but then when someone wants to purchase a puppy, the breeders will meet them in a different location, never showing the actual facility – therefore hiding the living conditions. So, potential buyers may not be aware of inhumane conditions. (Reputable breeders will always let you see the home, the living conditions and meeting the parents of the puppy.)

Many animal lovers hope this is just start. “This action will inspire millions of Americans to consider the source of their next pet to make sure they are not supporting the puppy mill industry when they choose to add a pet to their family,” says ASPCA’s Lintz.