PRESS ESC TO CLOSE
News > ‘A Dog Legends Are Made Of’: Owner Writes Touching, Yet Funny Obituary for Her Rescue Dog 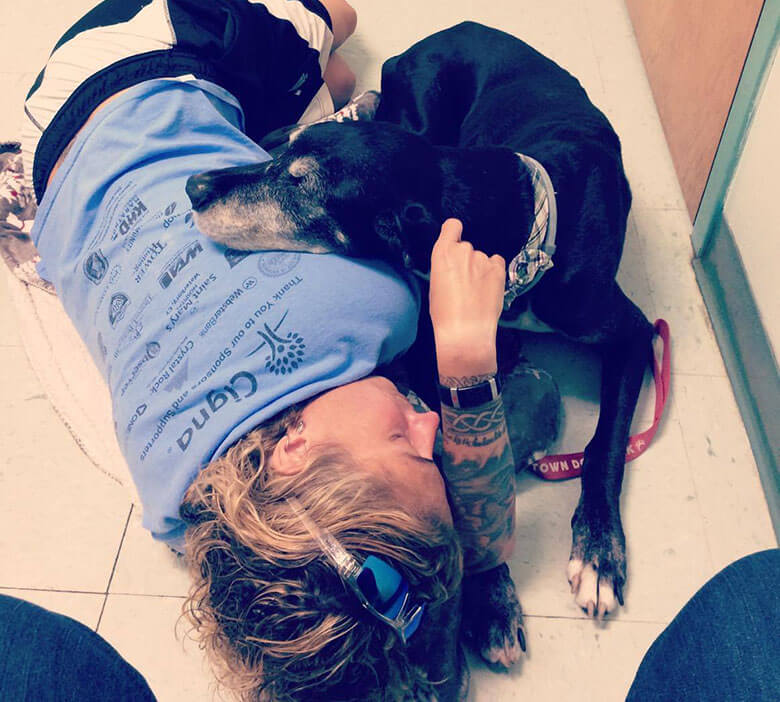 When Lee DiBella’s beloved rescue dog Brian passed away, she memorialized him with an obituary. After her local paper in Watertown, Connecticut turned down publishing the obituary (because Brian was a dog), she decided to take things into her own hands.

DiBella tweeted at NBC, asking if the outlet would publish the obituary.

Published on its affiliate, NBC Connecticut, DiBella wrote a touching, yet humorous tribute for her 11-year-old pointer, lab and greyhound mix. 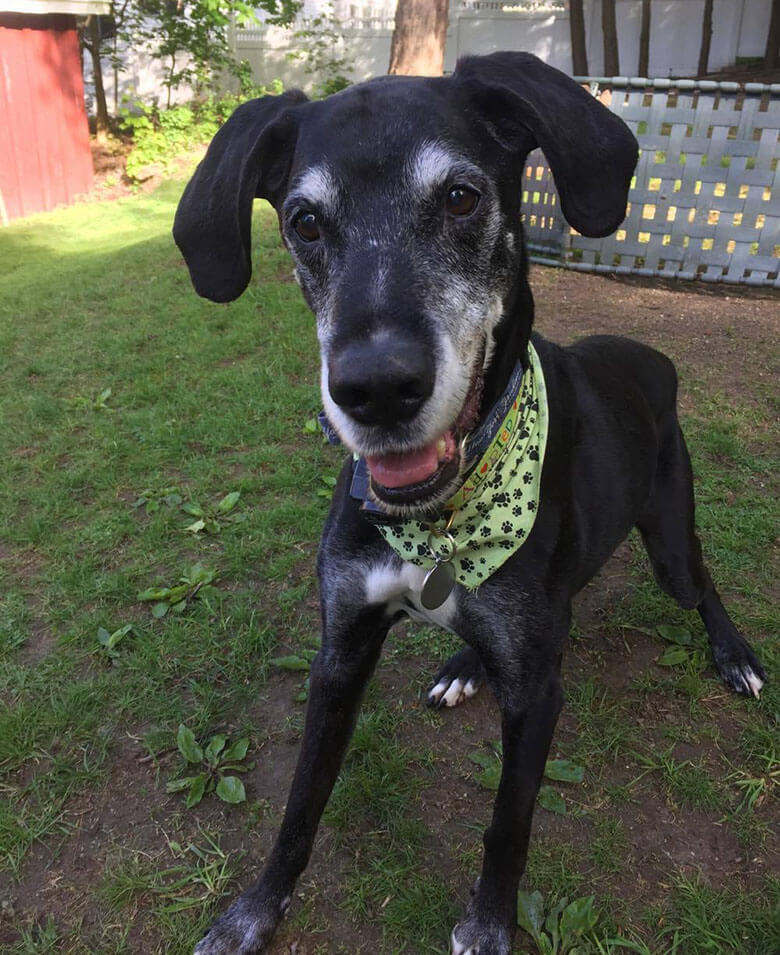 “Brian was adopted by his mother, Lee DiBella, on December 19th, 2006, and quickly became a dog legends are made of,” it states.

Throughout the years, the dog’s funny quirks materialized in front of DiBella’s eyes.

“A lover of couches and blankets, Brian had many hobbies. Some of Brian’s favorite activities included barking at things not there, cuddling alongside you, taking over his mother’s bed, licking his butt, acting like a spazz when it was time to be fed, and trying to figure out who exactly was ‘the good boy.”’ 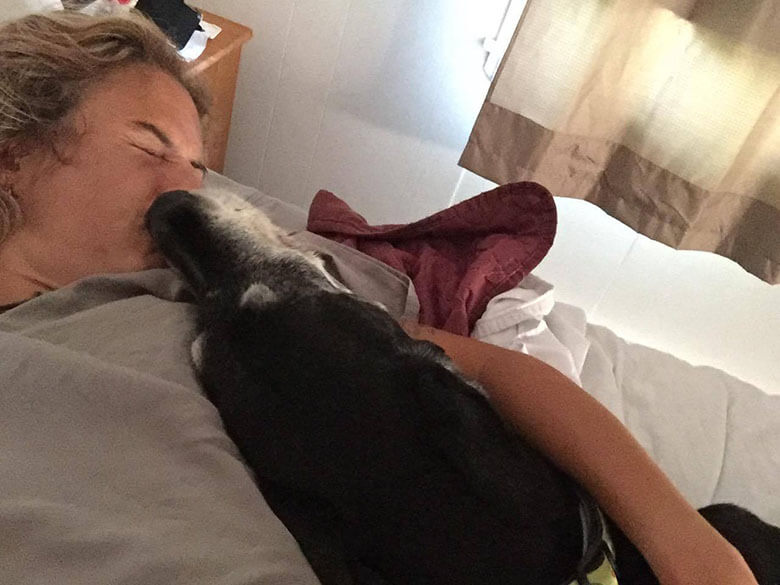 It ends with, “At the wishes of Brian’s family, give your dog an extra hug, belly rub, and treat.”

Besides sharing the obituary with the world, talking about Brian has been integral to her healing process, she says.

“Brian came steam rolling into my life a few short months after my dad died,” says DiBella. “He’s been ‘special’ since day one.”

She adopted the pointer/lab/greyhound mix from a shelter in 2006. “When he entered the greeting room, he came right up on the couch and cuddled up on my lap,” DiBella says. “I was hook, lined, and sinkered.” Despite his tendency to escape and his struggle with anxiety, she couldn’t have imagined her life without Brian.

“I’ve spent the last decade spending Christmas, New Year’s, and every holiday with Brian, and now his sister, whose 8.5,” DiBella says. “He has always been the reason I would skip out on functions, but it was always in his best interest, and my friends always respected that…mainly because I think they liked him more than me!” 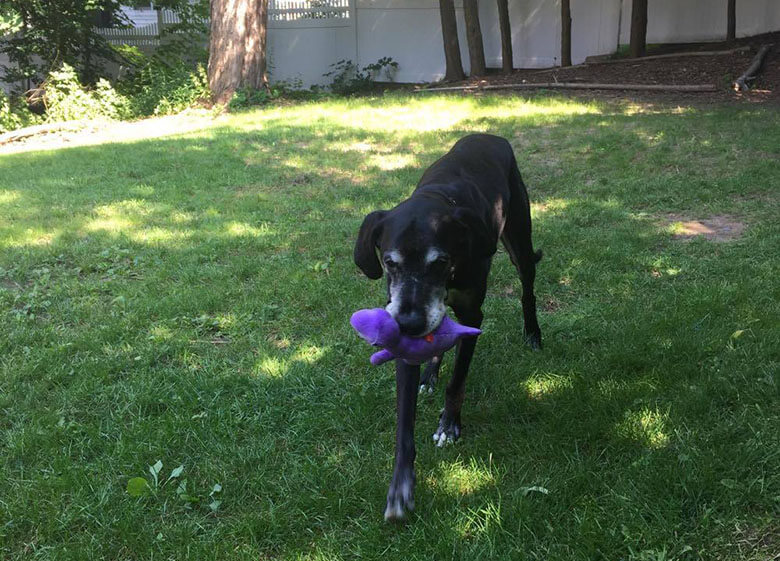 Recently, Brian developed drug-resistant pneumonia or possibly diffused cancer. “He was given two courses of an antibiotic. After the first one, he turned right around. It was awesome,” says DiBella. But two days after that first course, Brian quickly went downhill. He endured another round of antibiotics, and though he was better, the cough never disappeared.

“He was in terrible pain, coughing; it was horrible,” she says. “I made the decision to have him rest in the early morning of the 12th, as he labored with his breathing. I couldn’t bear to see him struggle anymore.”

DiBella says that it seemed natural to write an obituary. “I do long runs on the weekends, and that first weekend I just started thinking about what I would say if he had an actual funeral, so I wrote it. I think he’d like it.”

DiBella adds that she thinks Brian would have wanted her to mention his buddy, her nephew, Dominic. “They had many ‘deep’ conversations. Dominic, or Meatball as I call him, would just talk to him like he was in fact a human. Dominic would ask questions like “why do you pee outside?” or “where are your pants?” “

She added, “I thought an obituary would be a great way to celebrate his life and let other people know how special he was to me in my life.”

After it was published, NBC30 did a quick blurb on it that night on TV. Then People magazine and Inside Edition contacted DiBella. “It’s crazy to think Brian’s life has now touched so many people. It’s what he deserves.”

Here it is in its entirety:

Brian died peacefully, alongside his mom of nearly 11 years, Wednesday, July 12th, under the care of Stone Veterinary Hospital staff. Brian was adopted by his mother, Lee Dibella, on December 19th, 2006, and quickly became a dog legends are made of. Brian arrived in our home with the ability to not only sit, but also “give paw.” Being able to destroy any crate, gate, door handle or trim and molding in his way, Brian quickly began building loving relationships with all those who came in contact with him, whether it be a new vet, animal control, or whoever’s house he found his way to for an uninvited romp. A lover of couches and blankets, Brian had many hobbies. Some of Brian’s favorite activities included barking at things not there, cuddling alongside you, taking over his mother’s bed, licking his butt, acting like a spazz when it was time to be fed, and trying to figure out who exactly was “the good boy.” In his spare time, Brian dreamt violently, thrashing his legs, presumably chasing dastardly felines or squirrels who dared enter his dreams. The quickest way to Brian’s heart was with a quality scratch of his rear and a rub of his belly. Brian will be greatly missed by many, but none more so than his mom. Through thick and thin, she loved him with all her heart, and though the pain she feels without him is great, it in no way would compare to having never had him in her life. Besides his mother, Brian leaves behind a sister, Dr. Frigo Delilah; grandmother, Jeannette DiBella; predeceased by a grandfather, David; his uncle, Michael and family; god-mother, Jennifer DeWitt; and many amazing friends throughout the years. At the wishes of Brian’s family, give your dog an extra hug, belly rub, and treat.

Related: All We Have Is Now: ‘Senior Dogs Across America’ Show Us the Importance of Living in the Moment