PRESS ESC TO CLOSE
Dog Parents > Life With Your Dog > 6 Weird Dog Behaviors and What They Mean, According to Experts 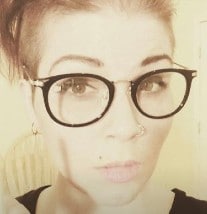 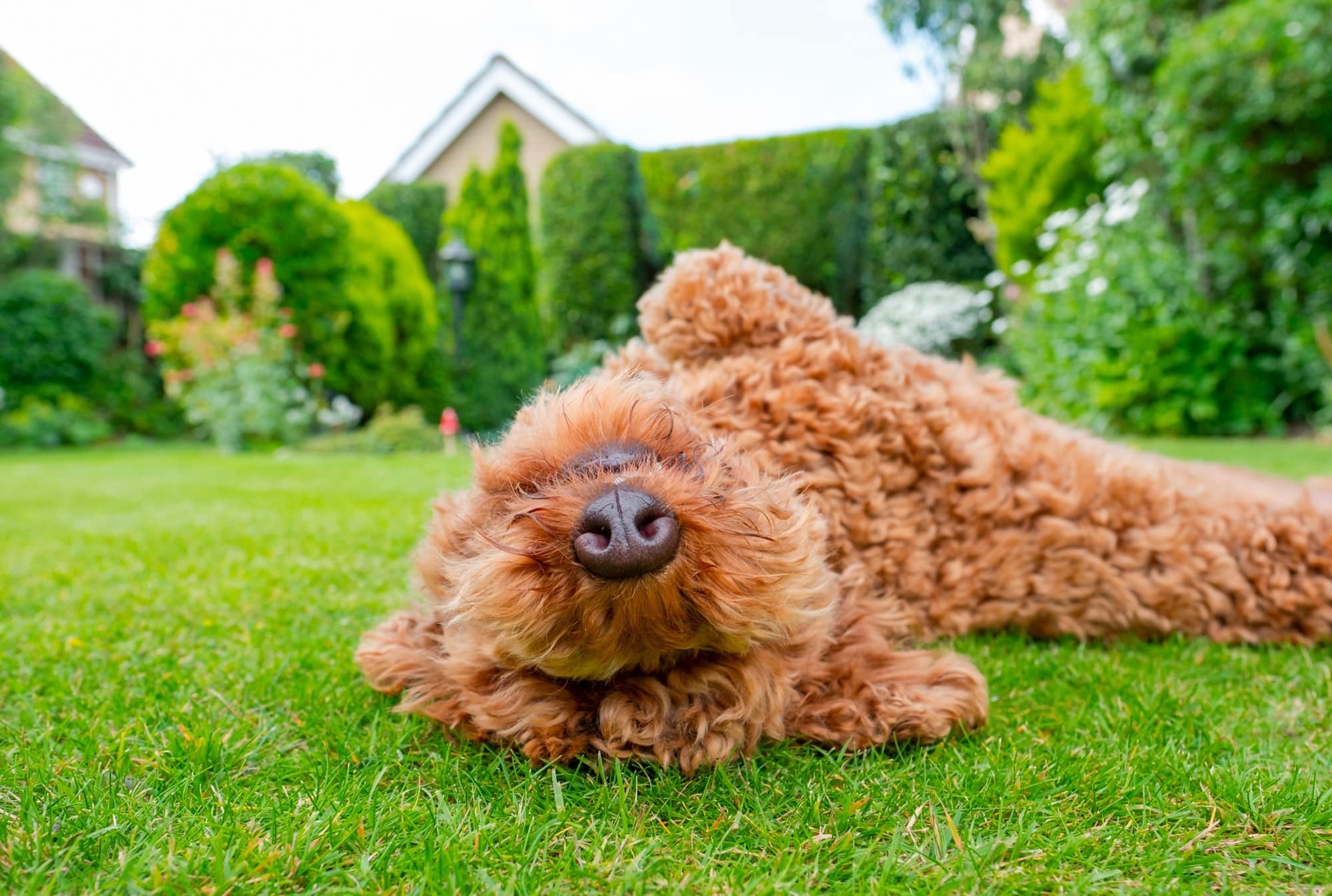 Whether it’s sniffing butts or rolling in rotting garbage, our dogs choose to do things we certainly wouldn’t. But exactly why do they exhibit these behaviors? The answers range from biological to learned behavior. And while we may think it’s unusual, often it’s just dogs being, well, dogs.

For those wanting to understand all their pup’s quirky behaviors we asked experts to share the reasons behind six weird dog behaviors.

1. Your Dog Eats Away From Food Bowl

While most dogs love to scarf down their dinner, some pups might opt to carry kibble away from their food bowl before spitting it onto the floor and then eating it.

While this behavior may seem concerning at first, it shouldn’t set any alarm bells off unless your dog refuses to eat entirely. Your pup might simply be stashing his food away for a midnight meal.

“They [may be] saving their food for later. This can happen if the dog is overfed. It is also an instinctual behavior as not everything has been bred out of our domesticated pups,” Shelby Semel, a New York City-based canine trainer and behaviorist, says.

Other reasons behind this behavior include protecting or hiding the food, wanting to be close to you when they eat, or not liking their food dish.

“If your dog doesn’t like eating out of his bowl, try buying one of a different height, material, or a puppy plate,” Semel recommended. 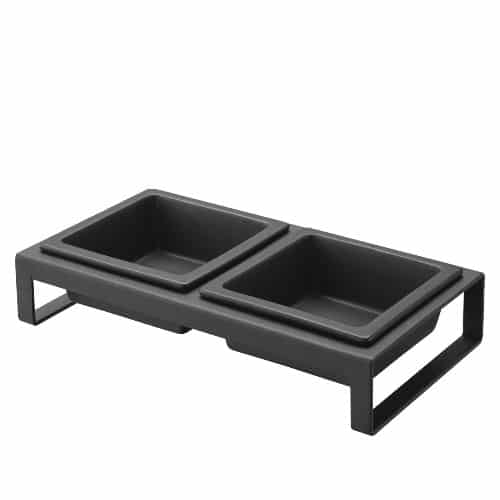 Made from scratch-resistant ceramic, the bowls nestle snuggly in the steel trays, ensuring your pup’s paws or nose don’t tip them over. And the padded feet makes sure it stays right where it needs to be.

Related: What’s Going on With Your Senior Dog: Is it Behavioral or Medical?

2. Your Dog Likes to Sniff Butts

Dogs are notorious for sniffing each other’s behinds. Many pooch parents are often embarrassed by this behavior because they perceive it as rude or even sexual. But that simply isn’t the case; it’s perfectly normal.

“Dogs smell better than humans see; they process the world through scent,” says Kayla Fratt, a certified dog behavior consultant. “Examining the rear ends, or other genital areas, of dogs is a way to learn a lot about their companion. Dogs’ noses are so sensitive that they don’t just use scent to identify their pals, they are also able to learn what their buddy recently ate, if he’s stressed or feeling other emotions, and even information about his general health.”

Again, this behavior is perfectly normal, though not all dogs like their butt’s sniffed nor are dogs always polite.

3. My Dog Rolls Around in Smelly Things

Has your dog ever tried to roll in garbage, feces, or some other pile of stinky items? While it may seem like an unspeakable act to you, rolling in smelly stuff is perfectly natural for dogs.

“Some theories suggest that this strange behavior goes back to instinctual behaviors from wolves in the wild,” says Semel. Indeed, a popular belief is that by rolling around in something smelly, a dog is covering his own scent, allowing him to stay under the radar from predators.

Pat Goodmann, a researcher at Wolf Park in Indiana, has another theory. She told the AKC that wolves may roll around to bring back information to their pack. For instance, if a wolf finds a dead carcass, it could be a way of telling the pack what was discovered and where to find it.

Semel adds that dogs may have their own opinions on what smells good and what doesn’t.

“Our domesticated dogs who wear bedazzled sweaters and eat scrambled eggs still manage to act like they live in a forest. Particularly right after a bath, smelling fresh like roses and lavender, a dog may want to smell ‘better.’”

Semel suggests keeping your dog on a long lead leash in areas that might be particularly offensive. You can also work on the “leave it” and “recall” commands with a trainer.

4. Your Dog Shakes Off After Playing

If your pup ever suddenly shakes herself off after a play session, you may think that she’s wet with slobber or got an itch. However, Fratt explains that this is actually a way to relieve stress.

“Take note of the behavior and praise it. Usually, it’s a good sign that the dog is able to shake off after an intense play session or a minor argument and return to normal,” she says. The shake off can also help relieve muscle.

5. My Dog Does the Head Tilt

Instagram is ripe with pictures of cute dogs with their heads tilted. While there are many different explanations for their weird behavior, Semel believes that it means a dog is interested, engaged, or even confused.

“Assuming there is no medical issue, they may be paying extra close attention and taking it all in!” she says. “Maybe it’s a sound or a face that made it happen, or something that they were listening closely to. It is a natural response much like humans have,” she said.

Semel recommends laughing, smiling, or praising your pet to reinforce this adorable behavior. “This will make them more likely to continue to repeat it more often. Then it will become something easy to put on cue,” she says.

However, if you think your dog has an ear infection or the tilt is the result of another medical issue, make an appointment with your vet. 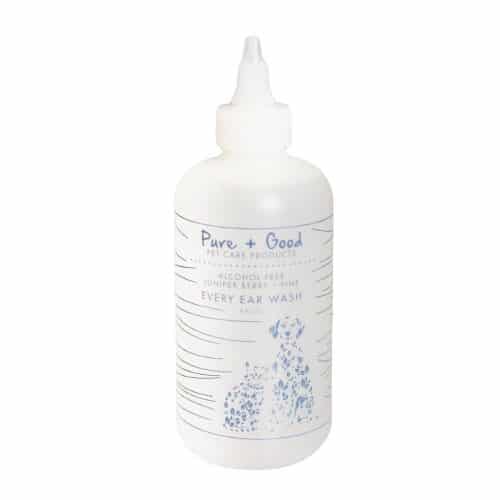 Pure + Good’s Every Ear Wash can be used to combat a variety of ear issues and is gentle enough to use every day. The chemical- and alcohol-free formula aids in the removal of moisture, wax, and dirt build-up, which can cause odor and may lead to itching and infections.

6. My Dog Get Sudden Bursts of Energy

Some dogs may experience random bursts of energy and race around your house or yard like a crazy pup. Known as the “zoomies,” common behaviors may include running around in circles or spinning around. It can happen sporadically or at certain times of day or after certain events, like bath time. Fratt says that many dog owners think their dog is really happy when he does this — and sometimes he is.

“It’s a big energy release. While it can be cute and relatively normal in young dogs, it may be a sign that the dog is overwhelmed by the situation or generally under exercised,” she says.

If this happens to your dog, Kayla recommends letting them “zoom it out.”

“As long as they’re not at risk of injuring themselves or others, let them run wild. Take note of the situation and ask yourself if your dog needs more exercise, more rest, or perhaps a less stressful situation to adjust more easily in the future,” she says.

If your pet zooms around the yard, shakes it off after playing, or sniffs butts, it’s probably related to his natural instinct, curiosity, or need for more exercise. However, if you think your dog’s strange behavior is the result of a medical issue, always consult with your vet.

Related: Top 6 Myths About Dogs Busted by a Vet

Stephanie Weaver is a freelance writer residing in Philadelphia, PA. When she's not locked down to her laptop, she can be found riding horses or playing with her Boston Terrier mix, Steve. 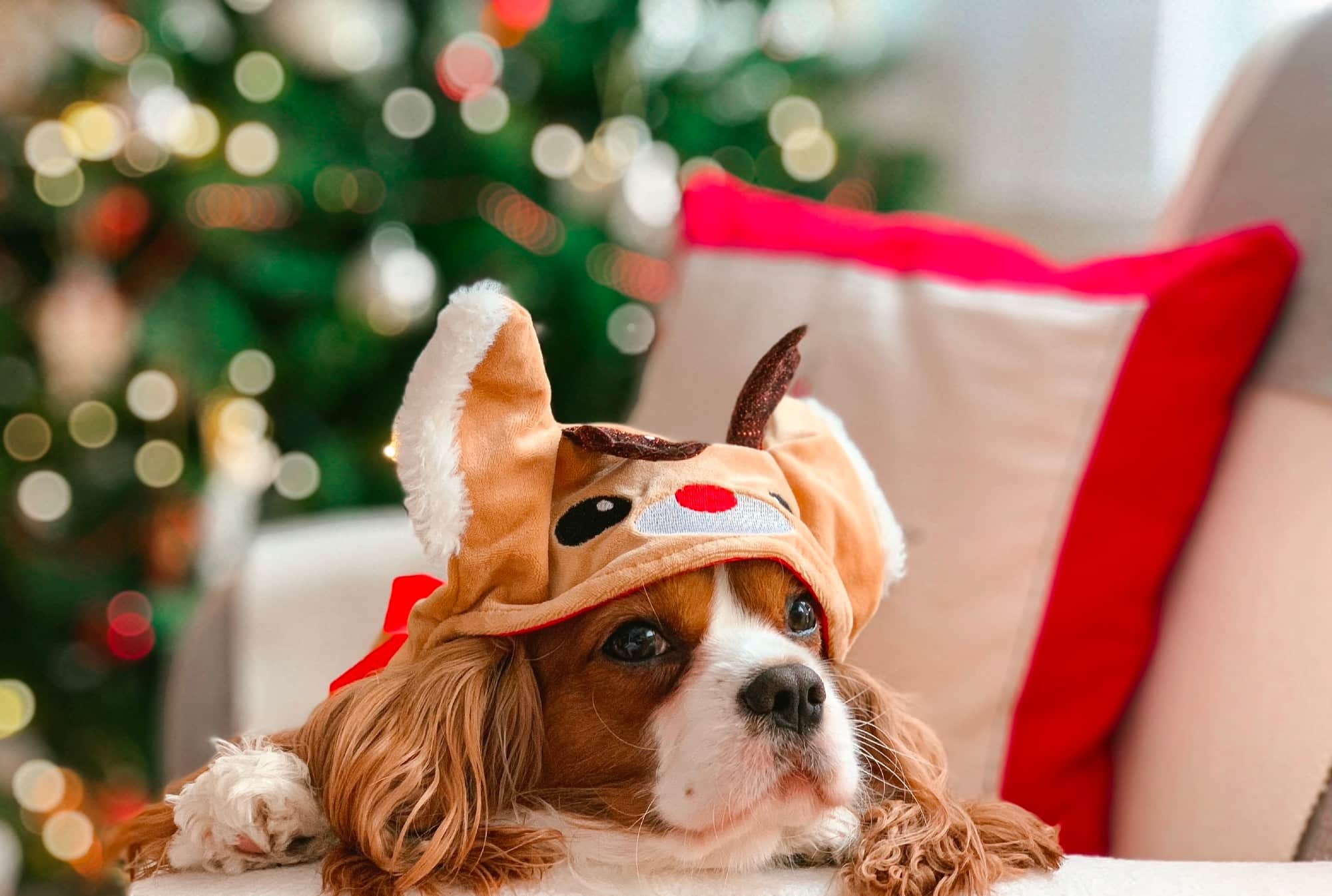