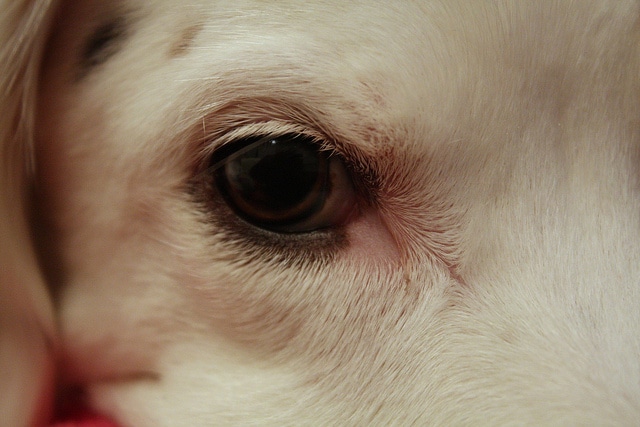 From pooch daycares to luxury puppy parlors, it may very well seem as though the U.S. has quite literally gone to the dogs.

But unfortunately, not every dog in this country gets to live such a privileged life. Everyday countless adult dogs and puppies in this country will face the harsh realities of abandonment, neglect and mistreatment. The good news is there are actions dog lovers can take to reduce these tragic outcomes.

Here’s five of the most troublesome statistics regarding dogs in the U.S., as well as ways can help.

1. 3.9 million dogs that find themselves in shelters each year and only 542,000 will be returned to their owners — ASPCA

When adventure calls, it can be hard for your daring canine to ignore natural instincts – to run, hunt, work and what have you. But while you don’t want to suppress your dog’s inner desire to explore her surroundings, you also don’t want to find yourself facing a real life “Lassie come home” situation. Fortunately, owners have a number of options when it comes to ensuring that their dog always returns safe and sound.

First, it seems basic but always keep an eye on your dog, making sure she never wanders too far out of your sight. Second, be sure that your pet wears her collar at all times, so that she is not mistaken for a stray. Owners should also double check to see if all of the information on the ID tag is correct and current.

Probably, the most important action owners can take is to get their dog microchipped, as this small piece of technology can never get lost or removed yet acts as a permanent identification tag. One recent found that stray dogs that were microchipped were 2.5 times more likely to be returned to their owners, than those without.

In the event that your dog does go missing, be sure to notify the police department immediately as well as every animal shelter within a 60-mile radius. Also, get active on local websites, Craigslist and lost-pet databases. The sooner your dog is tracked down, the more likely she is to be returned to your loving arms.

2. Over 4 million dogs in the US get abandoned by their owners every year — Animal Rights Action

As we look into those big, adoring puppy-dog eyes, it can be hard to imagine anyone walking away from that precious face, much less abandoning it. Regretfully, life can sometimes present circumstances that force people to relinquish ownership of their furry friends, such as personal illness, financial problems or even new housing regulations. However, there are alternatives to merely abandoning your faithful friend by the road or leaving them at a shelter.

If there is any chance that your circumstances are temporary, consider housing your dog in foster care or in a boarding situation. These facilities will ensure that your dog receives the proper care and attention he deserves until you are ready to resume ownership. For owners who must face the heartbreaking task of completely giving up their pets, try to take the adoption process into your own hands so that you know your pet will be happy with its new family. But be wise. Never post “free to good home” on services like Craigslist, as testing facilities, dog fighting rings and “dog flippers” are all on the hunt for this sort of ad.

3. 31 percent of the dogs that enter animal shelters will be euthanized — ASPCA

While we would like to believe that animal shelters can provide a safe refuge for strays until they find a new owner, the sad truth is that most shelters simply cannot accommodate the overwhelming number of dogs that enter through their doors. As a result, 31 percent of these poor creatures –often the sickly, old, injured or having personality issues– will be euthanized to make room for the ones that have a better chance of being adopted.

Though we as animal lovers might not be able to prevent shelters from administering such practices, there is one thing we can do to keep any more dogs from encountering this fate: spay or neuter our own dogs. This method offers a far more humane means of controlling the already booming dog population in this country by preventing Fido from fathering any unwanted pups. Also, be a responsible dog owner. Before you bring a pup into your family, realize it is a long-term commitment.

4. Of the dogs sold to commercial pet shops every year 90 percent of them are obtained from puppy mills — PAWS

Even though shelters are teeming with eager canines just waiting to find an affectionate owner, pet stores still continue to obtain the majority of their candidates from puppy mills. Such establishments facilitate the excessive breeding of new dogs despite the existing surplus population of strays. Equally as appalling are the poor conditions that both the mill puppies and the breeding dogs must be subjected to during their time there.

This being said, if you or someone you know is considering a “new addition” to the family, elect to adopt from a shelter rather than buying from a pet shop or a dog breeder. It is estimated by the ASPCA that only 35 percent of the dogs in shelters will be adopted (this is on average, your local shelter could have much higher or lower placement rates). Rescuing one of these orphaned pets will not only give them a second chance at life, but it will also earn you their eternal gratitude in return.

5. Roughly 75,000 dogs are used on an annual basis as test subjects for medical and cosmetic research — PETA

Despite the significant advances made to the field of animal cruelty-free product testing, testing on dogs in the name science continues to persist in a prevalent number of laboratories and research facilities across this country. In fact, many states require that shelters turn over their animals when they are approached for test subjects, according to (haven’t heard this before). Also, there are breeders that specifically raise dogs for testing. And while current circumstances prevent us from actively rescuing every dog trapped inside one of these laboratories, we can voice our opinion and help push forth initiatives to promote the end of “pound seizure” as they did in the state of Utah. Other actions that we can take to end animal testing include staying informed about making decisions to support products and brands that do not do animal testing. Paula’s Choice has a massive list of brands that do and do not test on products.

Every dog is entitled to live a long healthy life in a home with caring owners. So, if you and your fellow animal lovers are interested in transforming the U.S. into a “No Pup Left Behind” country, take the time to contact organizations that are striving to make a difference in the lives of these homeless canines. After all, no dog deserves to become a statistic.