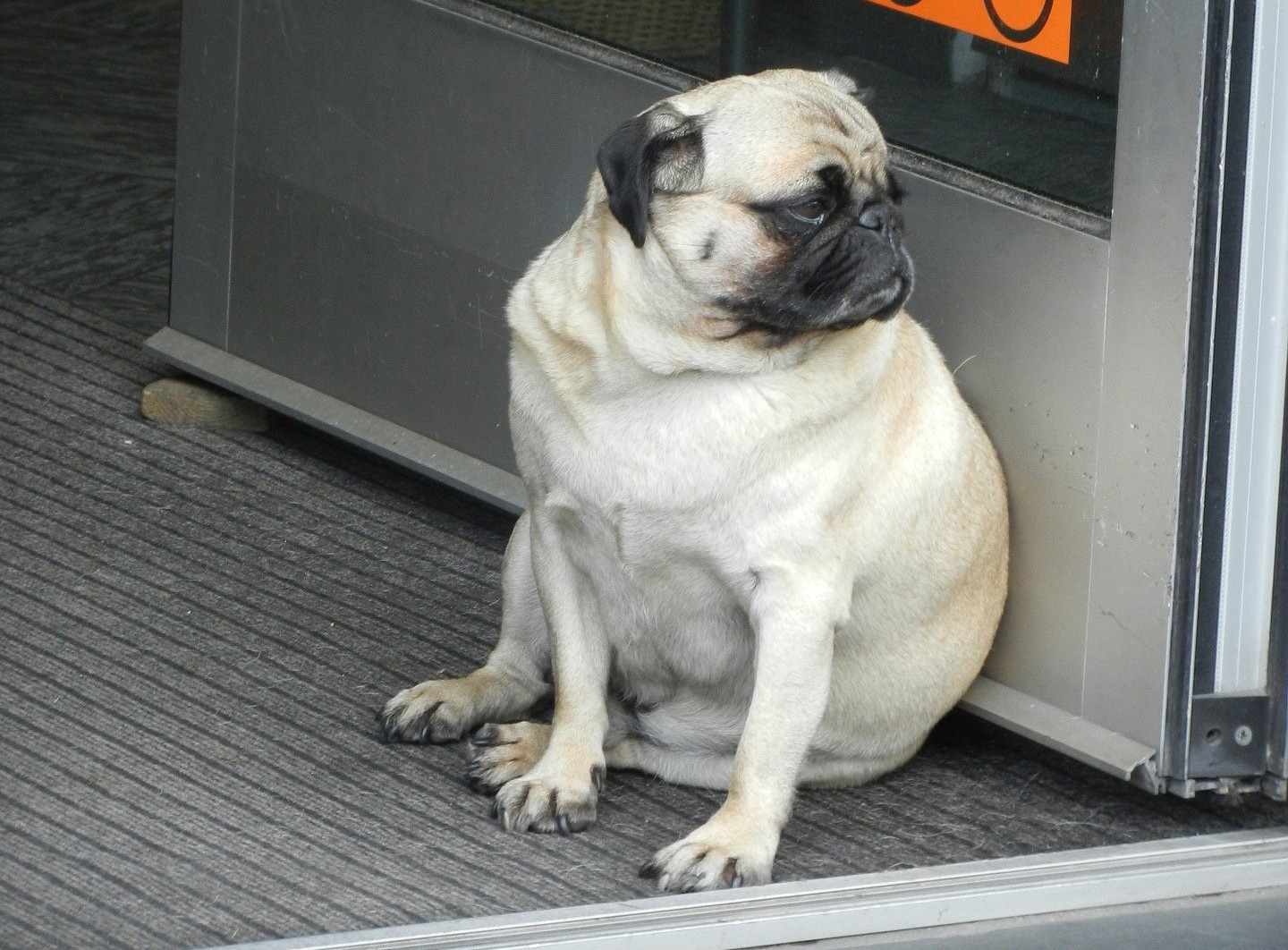 If your dog will go to any lengths for a bite of sausage, it may be due to more than his love of meat. Your dog’s overeating may be due to genetics.

In 2013, Eleanor Raffin, a researcher in the Department of Veterinary Medicine at the University of Cambridge, founded the GOdogs Project to study the science of obesity in dogs. As a veterinarian surgeon, she saw firsthand the negative effects of extra pounds on our pups, including heart disease, cancer, diabetes, mobility problems and shortened lifespan.

She also observed that some breeds, like Labrador Retrievers, are more prone to obesity than other breeds. While part of the problem is modern dogs’ access to high calorie foods along with reduced exercise (much like humans), the tendency of certain breeds to gain weight indicated that it might be linked to genetics.

Yes, obesity is caused by too many calories and not enough exercise, but the root of extra weight is found in overeating. Since dogs don’t overeat as a response of emotions (in fact, a stressed dog will often refuse to eat), dogs that do overeat tend to continue to feel hungry long after their bellies are full.

In dogs, overeating is linked to hunger. If dogs continue to eat after their stomachs are full, the cause must lie elsewhere — in the brain.

In one of the first GOdogs Projects, Raffin analyzed the DNA of over 300 Labradors to determine if there is a genetic component to obesity. Specifically, the studied a gene called POMC (pro-opiomelanocortin) that has a critical role in regulating energy balance in the body. The study was published in the journal Cell Metabolism in 2016.

Using saliva samples, the researchers discovered that a portion of the genetic code of POMC was missing in some of the dogs. The study found that around one-fifth of Labrador retrievers have the POMC gene mutation. She also found the mutation in three-quarters of Labradors used as guide dogs, which may indicate that their ability to be trained is enhanced by their genetic food motivation. Raffin did not find the POMC mutation in 78 other breeds they tested, except for the flat-coated retriever; it may be noteworthy that both breeds trace their origins to the now-extinct St. John’s Water Dog.

The mutation in POMC halts the production of two of these molecules (called beta-MSH and beta-endorphin). Consequently, these missing molecules cannot do their intended job, particularly regarding a hormone called leptin, which is released by fat cells.

When energy is stored by fat cells, more leptin is released. It travels via blood to the brain, triggering POMC to release beta-MSH, which has the effect of reducing the amount of food consumed and increasing the energy a dog uses each day. In other words, it reduces hunger when the dog has abundant energy reserves stored in the fat cells.

This is the reason that some dogs actually stop eating when they’re full — and others can eat until they’re sick. When dogs have the POMC mutation, these signals are interrupted, and the dog is always hungry.

“POMC is processed into several smaller proteins that have diverse biological activity. One of these smaller proteins, ACTH, stimulates the release of cortisol,” says Dr. Erin Chu, Senior Veterinary Geneticist at Embark Veterinary, a company that studies the genetics of canines and recently added a POMC test to its offerings. Cortisol is commonly referred to as the “stress hormone” because the body releases more of it when under stress. But cortisol helps control many different functions in the body, including blood sugar levels, metabolism, and inflammation. High levels of cortisol lead to weight gain.

There are three other proteins derived from POMC, says Chu. One of these plays a role in weight regulation by balancing eating behavior with energy metabolism. In dogs with the POMC mutation, this balance is disrupted. “These dogs had on average higher food motivation compared to dogs without any copies of the POMC mutation; they also had higher body weight and higher body fat composition,” says Chu.

What Can You Do to Keep Your Dog at a Healthy Weight?

Dr. Chu and GOdogs provided the following tips for dog parents who have dogs with bottomless stomachs:

Related: The Ultimate Weight Loss Guide for Your Dog