On the Greek island of Zakynthos, a four-year-old setter mix was left to die in a ditch after being shot 38 times by a lead pellet gun. But fortunately, that outcome wasn’t in the cards for him.

A two-year-old pointer discovered this distressed pup and decided she was going to do everything in her pwoer to save him. Barking constantly, this little girl was hoping to alert people of the dire situation. She did this for THREE days, not leaving her friend’s side to eat (that is a pretty long time for anyone to go without food). It finally worked. Someone spotted the pair and took the duo to a Greek vet.

Related: Dog Waits By Pooch Friend for a Week Until Both Rescued

After realizing the two were inseparable, the dogs were named Romeo and Juliet. Now, after receiving donations, Romeo and Juliet were flown to England and are now residing at Holbrook Animal Rescue in Horsham, West Sussex.

“They are as lovely as they were described to us and there was no exaggeration as to how close they are,” Laura Santini of Holbrook Animal Rescue told the Daily Mail.“I think they were friends before the accident. It is very rare for two dogs who don’t know each other to be so inseparable.”

The rescue organization is now looking for a home for these two dogs to live happily ever after.

“It is one of the cutest stories I have ever been involved in and I am glad it has worked out happy in the end,” says Santini. 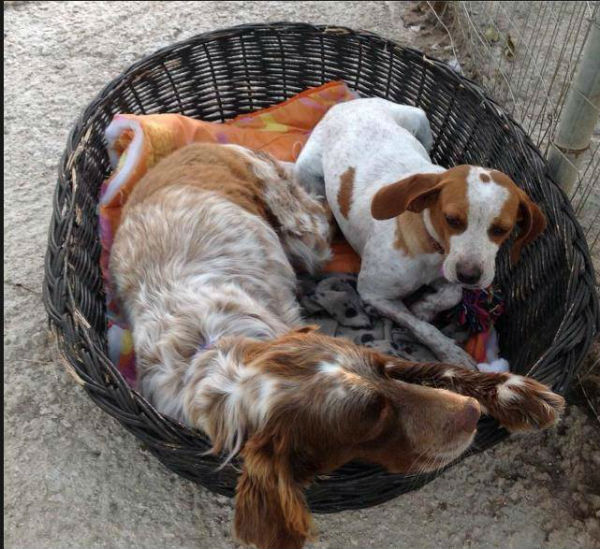