If you are a New Yorker who frequents the stacks at the legendary Strand Book Store then there’s a good chance you have met Gizzy, the maltese, pomeranian and shih tzu mix, who spends many of her days as the infamous New York dog at the store. 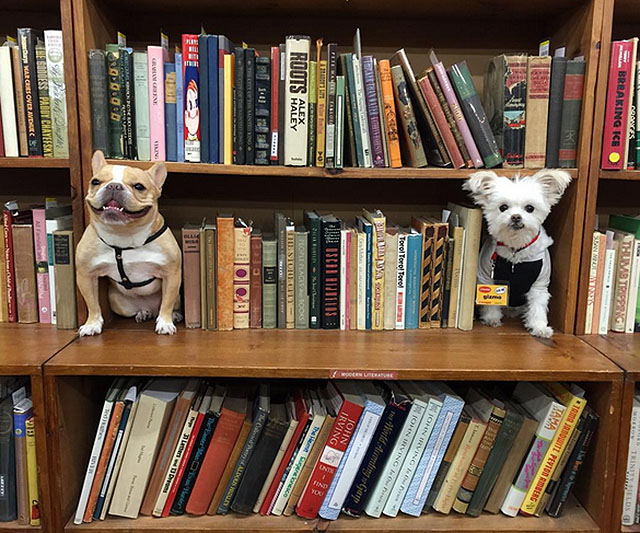 For the past two years the 6-year-old pup has held the title of #LittlestBookSeller, and she can be seen walking around the shop, getting patted on the head by customers, begging for treats and belly rubs and following her mom, Lisa Jee, the design and merchandising director at the Strand, around. But Jee admits “she spends most of her time at work napping, but will (sometimes groggily) leave her little dog nest to greet anyone who wants to come in and say hi.”

Her hours vary depending on Jee’s work schedule, but she’s usually in the office three to four times a week. Jee says Gizzy is a good fit for the Strand because she rarely barks, has such an even keeled temperament and spends most of her time sleeping or eating crumbs off the office floor. “I think it’s safe to say that everyone who meets her loves her,” she says.

While everyone she meets smile at the adorable dog, Gizzy also helped her owner overcome a dark period in her life.

Jee adopted Gizzy nearly five years ago, when her previous owners, who happened to be relatives of Jee’s, had their hands full with a toddler and a new baby on the way and made the tough decision to give Gizzy up.

“They knew they couldn’t give her the attention she deserved and recognized early on that she and I had an undeniable bond,” says Jee. When they asked if she wanted to adopt her Jee didn’t hesitate for even a second. “I had no doubt that I could give Gizzy a better life, but I had no idea that in turn she would save mine,” she says.

Related: Instagram Sensation ‘The Dogist’ on His New Book, Life and Living His Dream

After a little more than two and a half years of living in New York, Jee began to experience some personal problems that she says completely turned her world upside down. She fell into a deep state of depression, and her only saving grace was Gizzy.

“If it weren’t for my dog and my work I honestly don’t know if I would have survived,” Jee says. It was around this time that she decided to bring Gizzy into the office. 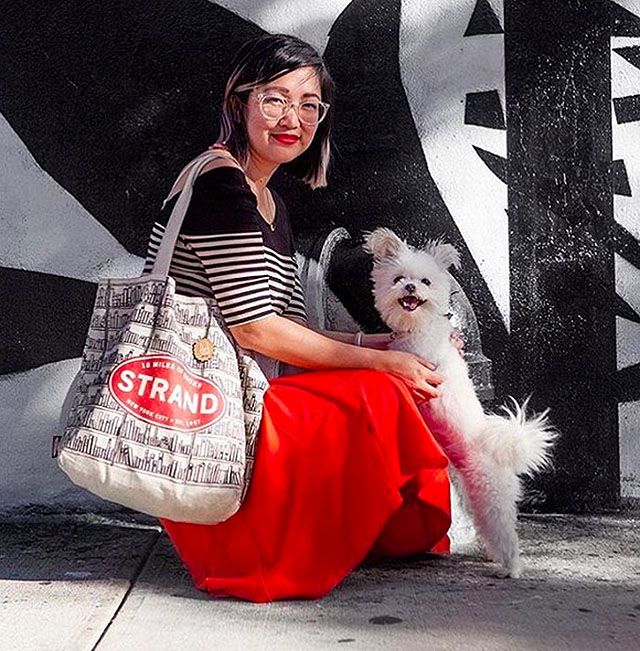 Even though leashed dogs are happily welcomed in the store, the Strand offices had never been dog friendly – that was until Gizzy came along. It was immediately evident that Gizzy’s presence brought comfort and happiness to more than just her.

Aside from being #LittlestBookSeller, Gizzy plays the role of therapy pup for the Strand’s employees on rough workdays. Just the other day her colleague was having a particularly rough day on the sales floor and during her break she swung by Jee’s office for a little puppy therapy. “Maybe it was the wiggle in Gizzy’s walk, the way she’ll come right up to you and give you a dog hug or perhaps it’s her tiny paws tap dancing in excitement, but a few minutes with Gizzy had instantly shifted my colleague’s mood in a more positive direction,” says Jee.

For the most part Gizzy stays with Jee in her office with the occasional accompanied trip down to the sales floor. Any time a customer comes to the store to meet Gizzy it always becomes a memorable experience for Jee. “I am always amazed of the connection complete strangers have with her.” Due to her growing following on her Instagram account @NewYorkDog — Gizzy now has nearly 25,000 followers — over the past year customers from all over the world have stopped by the store in hopes of meeting the  #LittlestBookSeller. So far there have been no bad customer experiences and Jee certainly hopes to keep it that way. 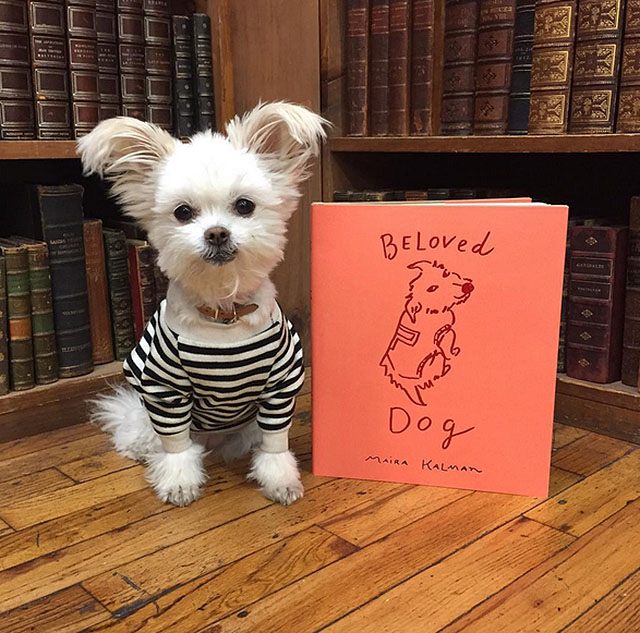 This past year has been one for animal books. The Strand has hosted events for @TunaMeltsMyHeart, @MarnieTheDog, @GrumpyCat and @TheDogist and Gizzy has been in attendance for all of them. As the popularity of these animals grow, online and with their publications, their work in animal advocacy only broadens. “Being able to promote their books on our account and to spread awareness of the good work they’re doing has been very rewarding,” says Jee. She hopes that publishers and author’s can continue to see the additional reach the  #LittlestBookSeller has.