The woman who saved a puppy from an abusive situation got a surprise this past week: she was able to take the dog home.

For months, Arizona State University student Heather Frazier heard howls and crying from a dog in her neighborhood. These weren’t noises from a lonely dog, or one that giving an alert bark. These were blood-curdling sounds.

The sounds were coming from an apartment belonging to 21-year-old Shundong Hu, who reportedly beat the golden retriever puppy, now named Raine, with a metal rod, while being locked up in a cage. 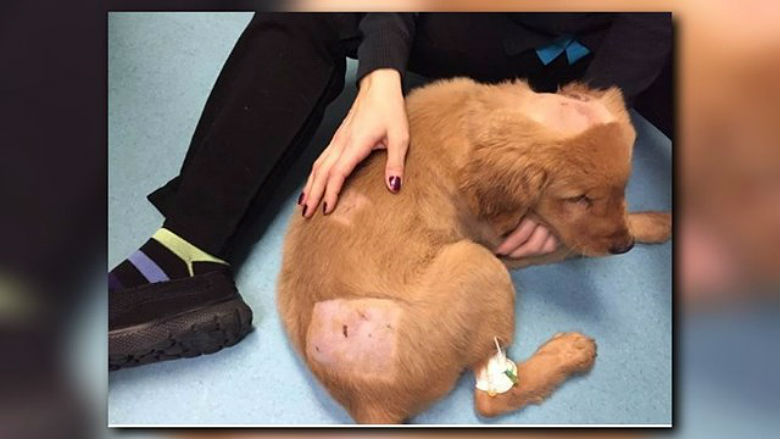 He was found bleeding from his nose and head, according to reports.

“I can honestly say now that I don’t think Raine would have lived through that night, Frazier said in a statement.”

The puppy, believed to be 3 to 4 months old, also suffered multiple fractures on its cheek bone and skull. He  had cuts on his body, both his eyes were swollen and had a broken tooth. 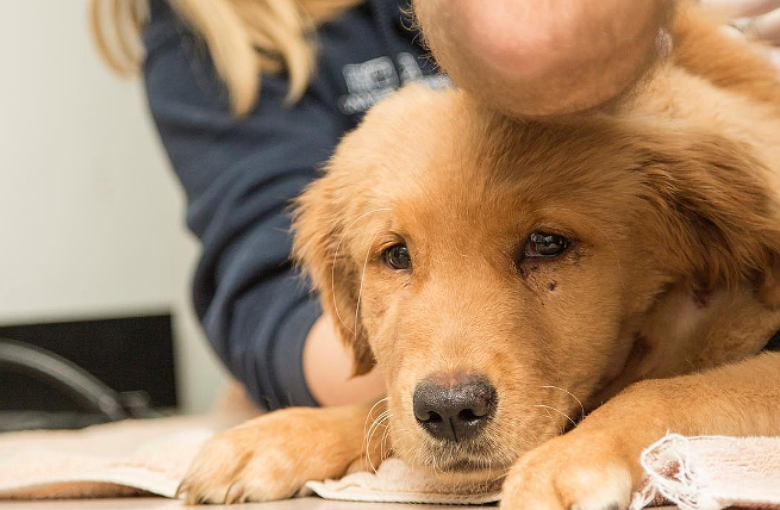 There were two cats also rescued from the apartment, both believed to have suffered from abuse.

As the puppy recovered, hundreds of people expressed their interest in adopting Raine. Usually, the Arizona Humane Society will do a lottery from the vetted adopters, but this time the organization decided to do things a bit differently. AHS let Frazier adopt Raine.

The two cats are in a rescue group recovering and will soon be adopted out.