PRESS ESC TO CLOSE
Dog Parents > Life With Your Dog > Should You Take Your Dog to the Dog Park? The Answer May Surprise You. 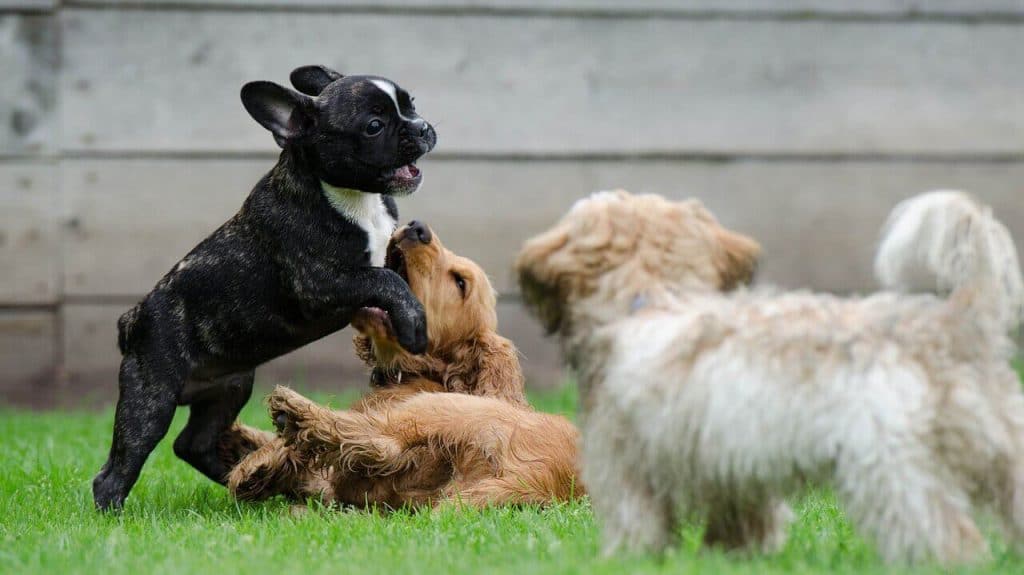 Dogs that live in an urban environment spend the majority of their outdoor time on the end of a leash. That makes dog parks extremely attractive to dog parents who want their pooches to experience the joy of running freely as they provide an outdoor environment where dogs can romp with other pups off leash. City dog parks also serve as modern day village greens where humans can meet other dog people and socialize. It’s a win-win situation, right?

“In rescue, we say the dog park is like the Wild West, and a bar brawl could break out at any point,” says Jme Thomas, Executive Director of Motley Zoo Animal Rescue. “This is mainly because the owners often believe the dog park is where dogs can go to ‘let off steam’ and not need rules, but is actually the place they need the most rules — and rarely get them, especially from their owners.”

In other words, dog parks can be stressful for some dogs. Just like humans, some dogs are bullies. They will pick on the dog in the park with the least confidence.

“Owners often miss critical cues and signs that their dog may be uncomfortable — or the precursors to a major fight,” says Thomas.

That said, some dogs live for their trips to their local dog run. They have a familiar pack who all get together at around the same time to sniff and wrestle. It can be a great place for dogs to get some fun exercise and outdoor stimulation, which helps them relax when they get back home.

It can be difficult to predict how your dog will react to the dog park environment, and if you aren’t fluent in a dog’s body language (or you’re on your cell phone), you may miss the cues your dog is displaying that will tell you if it’s a thumbs up or thumbs down place for your pup.

Related: How to Make Sure You Aren’t the Jerk at the Dog Park

“It helps if people learn to recognize signs of play, which include the play bow, a relaxed happy face (called play face), and loose wiggly bodies,” says dog trainer Zazie Todd, who has Ph.D. in Psychology from the University of Nottingham and writes about animal psychology. She notes that play can involve different activities that include chasing, wrestling, and running, and that most dogs will take short breaks, usually migrating to their human.

The Good, the Bad, and the Ugly of the Dog Park

“Dog parks provide a place where dogs — who are an inherently social species — can play, investigate, and just pass the day with other dogs,” says Kristi Benson, a certified dog trainer on the faculty of the Academy for Dog Trainers and owner of Kristi Benson Dog Training in Manitoba, Canada. “It provides them with something that we, as humans, just can’t: time with other dogs.”

The question of whether or not to take your dog to the dog park is an easy one to answer, says Benson. Does your dog enjoy it, or does your dog become stressed and scared?

What kind of personality does your dog have? Is she the life of the party? Does she prance happily through the gate? Is she able to play appropriately with a relaxed body language that invites other dogs to come join the fun? Then barring any experience with a badly-behaved dog, the dog park experience is a healthy one.

Does your dog head under the nearest bench  as soon as he sees another dog? “Dogs who are scared should be protected from the things that scare them,” says Benson, “So if your dog is scared of the dog park, you should find play dates with dogs who don’t scare them, or otherwise enrich their lives.”

Be aware that even if your dog has always loved going to the dog park, it can take one bad experience — especially if it involves fangs and blood — to change that forever. This is one of the many reasons that it’s so important to keep an eye on your dog and NOT on your cell phone when you’re at the dog park. If you notice another dog making your dog uncomfortable, you can step in immediately and remove your dog before anything happens.

Related: The Cities That Have the Most Dog Parks

“Many clients contact me after their dog has had a bad encounter with another dog at a dog park, and sometimes the damage is so traumatizing — like when a dog fight breaks out — that their dog is never the same again afterwards,” says Alexandra Bassett, a professional dog trainer and owner of Dog Savvy Los Angeles.

The local dog park can be a fabulous place for you and your dog to enjoy the outdoors and the community. Unfortunately, it only takes one irresponsible owner to ruin the fun for everyone. While a dog may be behaving in a way that makes other dogs uncomfortable, it is up to the owner to take charge and either remove their dog or teach him better manners.

To Dog Park or Not to Dog Park

“In the dog care field, it’s a generally accepted notion that dogs fall into four main categories in terms of their response to other dogs,” says Basset. She defines these categories as:

“People assume that their dogs need to socialize with other dogs in order to be happy, but this is not always the case,” says Basset. Sometimes, as dogs age, they no longer want to meet or engage with dogs they don’t already know. They also may not enjoy being around puppies.

The dog park is not the ONLY way to socialize a dog, says Thomas. “It can be a great place for some dog and a terrible traumatizing and stressful place for others — even making things much worse for the dog. It is one thing to be stressed by the unknown, and it is another to have their fears realized with a dog behaving inappropriately or downright aggressive to them.”

Dogs’ tolerance levels and what they enjoy can change based on individual circumstances and handling, says Basset. “The key to success is reading your dog’s comfort level in all situations and reacting accordingly.”

Look to your dog to tell you whether you should go to the dog park — or not.