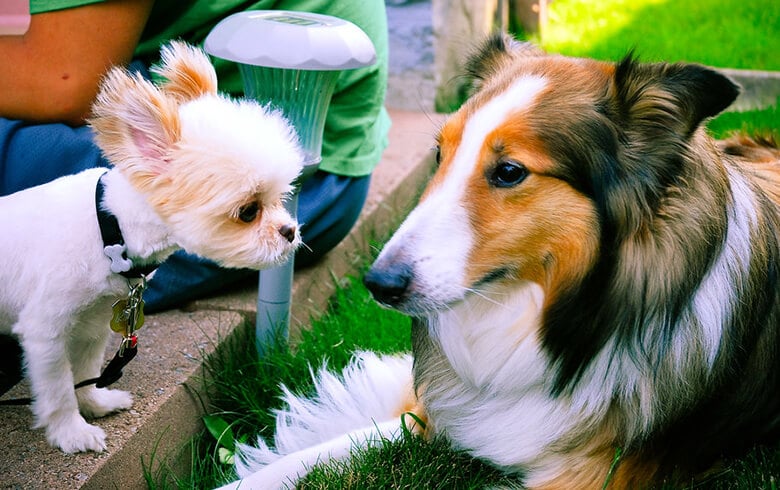 One of the best things about having a dog is taking your best friend to the local dog park. While our dogs can sniff and wrestle and sometimes swim, dog parents have an opportunity to mingle at a private party with like-minded dog lovers. Can’t beat that! In some communities, the dog park is such a paramount social space, it acts like a modern-day village green.

Every day, dog parents and their pooches have a standing social engagement. Friendships and romances are forged. Neighborhood news is shared. Information about veterinarians, groomers and the best food for a dog’s age, size, and breed is passed on. A good dog park can make or break a community with a large canine population.

Related: The Cities That Have the Most Dog Parks

But all it takes is a single bad apple to ruin everything. One dog owner who can’t be bothered to get off his phone to keep an eye on his puppy. Or a dog owner who thinks it’s cute when their larger dog sets his sites on a smaller dog to establish his alpha place in the pack. Or a dog owner who refuses to pick up after his dog, no matter how many times she’s offered a poop bag. Little by little, the dog-park community dissolves as dogs and their owners decide they’ve had enough.

The fact is, dog parks have rules, some written and some unwritten; it’s up to the dog parents to follow them — and to train their dogs to be model dog park citizens.

The Simple Yet Often Ignored Rules of the Dog Park

This may seem like a long list of rules, but most of them are just common sense. Respect the park, the other dog parents, and the other dogs, and your local dog park can be a respite for both you and your dog. Have a good time!