Art is redefined daily in New York City. Everything from the circus performers in Coney Island to the guy on the typewriter giving out $1 poems on Bedford Ave. in Williamsburg and the street artists spray painting our solar system onto canvas. And for those Brooklyn dog lovers, there is an artist that is turning your dog’s poo into art by painting it gold.

Known as Gold Poo (he wouldn’t give us his real name), this Queen-based street artist has notoriously been spray painting your dog’s poo gold since September 2013.

If anything, gold poo is a marker, said the artist who carries around his shiny aerosol spray can at all times. “Some days I will frequently search and try to do art but most days I will just have a can and throughout my day if I run into something I will spray it,” he said. The metallic is made to draw your eye to the hazard, so that you can avoid that disastrous moment when shoe meets poo. 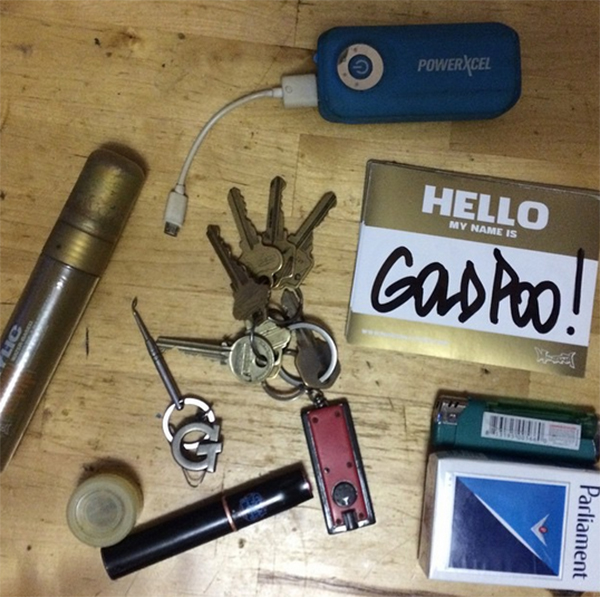 But it wasn’t until last spring when several popular media sites like Gothamist and Huffington Post reported about decorated dog feces that Gold Poo — and a new art medium in Brooklyn — gained notoriety.

His work took it to the next level when some outlets, reported on a full-on poop war. (Yes, this made news.) According to the media, there had been two discoveries– glitter poo and gold poo which, sporadically lined Brooklyn’s streets.

Contrary to what these sites reported there was no story or rivalry–no gold versus glitter poo war going on in the streets. “It was a one time thing and it was funny how the Gothamist saw it and wrote about it,” he said.

While there was no feud (we can’t fathom imagine all the wasted “all that glitters is not gold” headlines), Gold Poo believes the publicity worked in his favor, brightening his message.

To the street artist this simple act of spray painting poo gold is a commentary of society on a deeper level. “I like to think of it as a metaphor because all too often–in all walks of life–there are things that are just utterly useless that get cloaked with this gold or shiner exterior when it is all just shit underneath,” he said. Fair point. 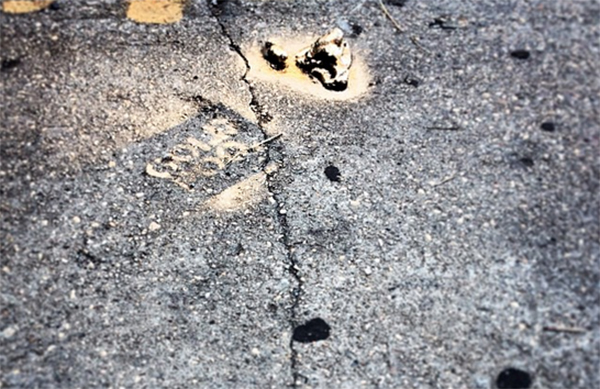 Aside from the deepness of his metaphor, on the surface there is of course humor behind his motivation. “There is something inherently funny about a metallic gold turd,” he said.

All jokes aside, the artist derives many meanings from his trickery but if Gold Poo could send one message to dog owners it would be for them to pick up their dog’s poop.”It’s the right thing to do and you’d have one less hooligan on your hands.

It is in a way a public service announcement for dog owners. If everyone picked up after their pet’s Gold Poo’s art form would be nonexistent. “Maybe that’s the point,” he said.