After a photo was released of a dog buried alive in France, people took to social media to communicate their anger.

This fury came after a bystander, walking his dog, saw the French mastiff on waste ground in Carrieres-sur-Seine, a town outside of Paris. The man, Pedro Dinis’, posted a pic on Facebook, saying, “Only her head was visible and it was difficult to see given the amount of earth covering her.”

The Good Samaritan called emergency services and began trying to free the dog. It wasn’t easy, as the mastiff was tied to a bag of gravel (which would have made it impossible for her to get out on her own). The pup was eventually freed but was in a state of shock and dehydrated, according to the police report. She was taken to a veterinary clinic.

Police have arrested the owner and told the AFP that the dog was unable to free herself, as she was surrounded by rocks and her leash was tied to gravel.

The 21-year-old denied harming the dog and said she ran away. Police said this was “not very plausible,” as she is about 10 years old and has arthritis.

An online petition has made the rounds and at time of publication has received more than 315,000 signatures.

Here are a few pictures of the rescue via Facebook. 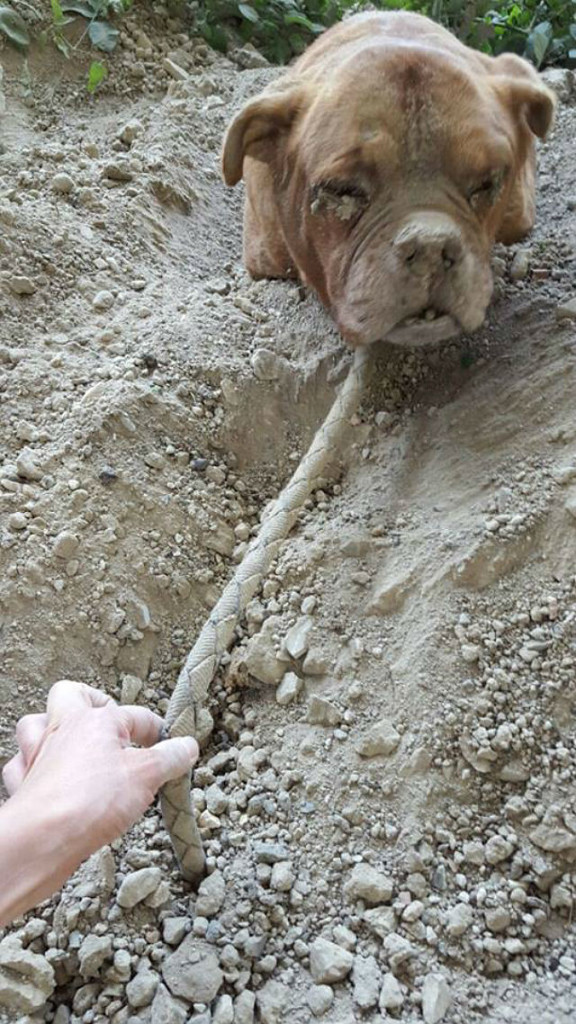 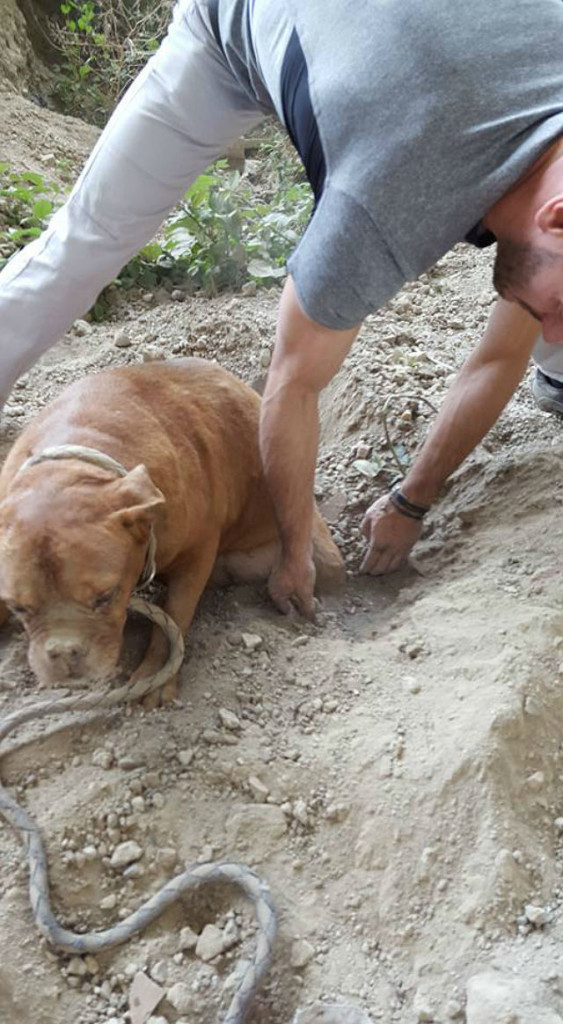 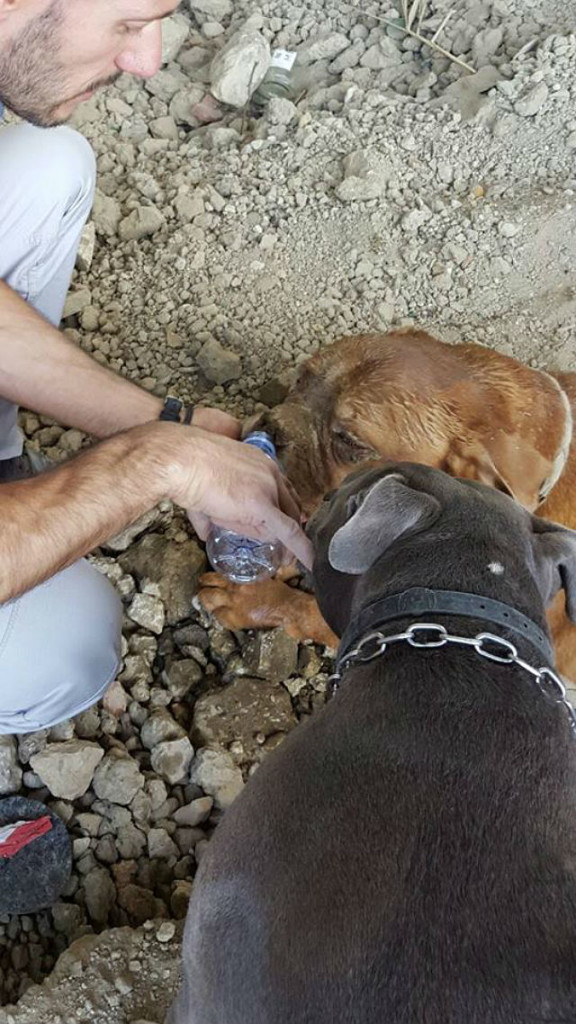