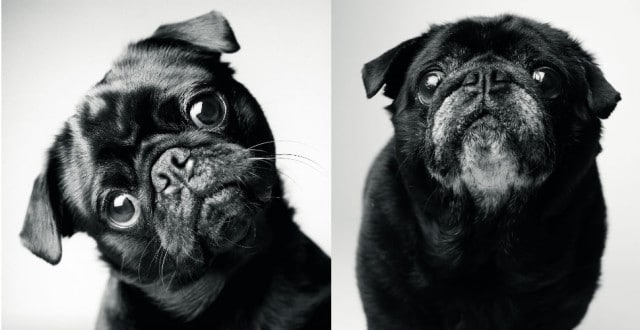 It happens to all dogs: age. No matter how much we wish the fountain of youth existed, dogs get older, grayer and slow down. But just because dogs age, doesn’t mean they lose the spark they had as a puppy. Their unique personality is something Massachusetts photographer Amanda Jones captured in her new book Dog Years, a photo series of 30 dogs as puppies and then again when they are older.

“As a photographer who has been working with dogs for twenty years, I’ve experienced many emotional things surrounding our dogs,” Jones told This Dog’s Life. “What this particular experience solidified for me was the raw strength of the bond we share with our dogs throughout their entire lives.”

The idea for the project was inspired by Jones own dog Lily, a dachshund she had for 16 years. Throughout their time together, the dog was by her side through cross-country moves, buying a home and the arrival of a baby. During this time Lily transitioned from a silly puppy to a wise senior. 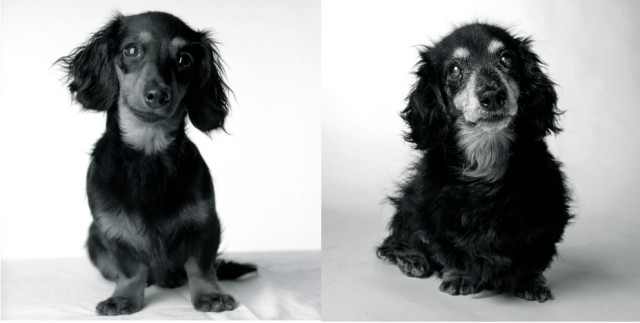 “Lily, was a frequent model on my set. When I juxtaposed the imagery across her lifespan, I was moved,” says Jones. “I saw an opportunity to share similar stories through photographs.”

One story that tugged on Jones’ heartstrings was a Great Dane named Kayden and Brody, a Rhodesian ridgeback. The pair was first photographed when Kayden was 11 weeks old and Brody was five. As time has gone by, the two have faced some challenges – and have always had the continued support of their owner Dawn. Kayden was diagnosed with cancer awhile back but is still alive and making it through the days. For Brody, walking has become difficult but her owner built her a custom wagon (with a personalized nameplate to boot!) to carry her around in. Through thick and thin, the sisters’ bond has remained strong. 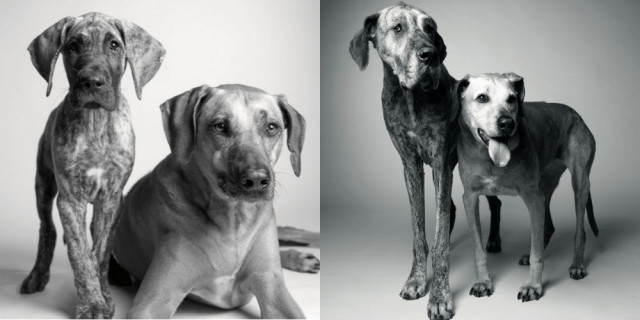 Another tale is of Georgia, the first dog photographed for the book. The mixed-breed dog has been with her owner Amanda for the last 17 years – from the time she was 23 until she was 40. “That is a HUGE part of a person’s life,” says Jones. “Imagine what they experienced together!” 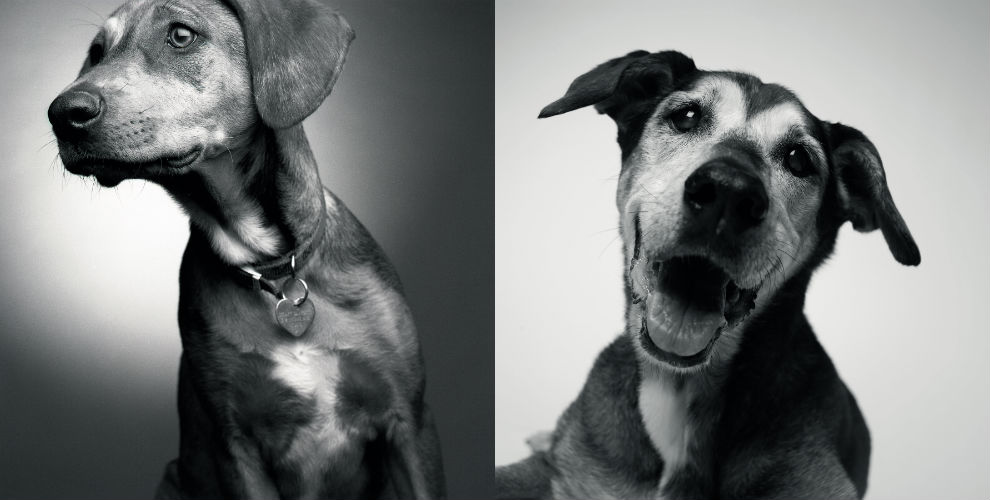 Here is a behind-the-scenes video of Jones working her magic: