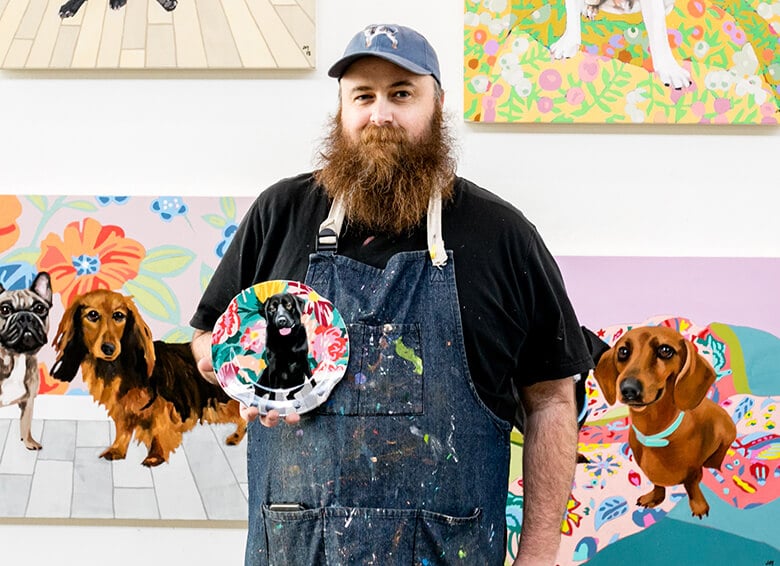 The whimsical store Anthropologie is known for its exclusive collaborations with creatives, including designers,  knitters and woodworkers.

So, when we stumbled upon the store’s new “Bone Appetit” collection, one that features adorable painted dogs in various poses on plates, mugs and dish towels, we had to know who the artist was behind it. 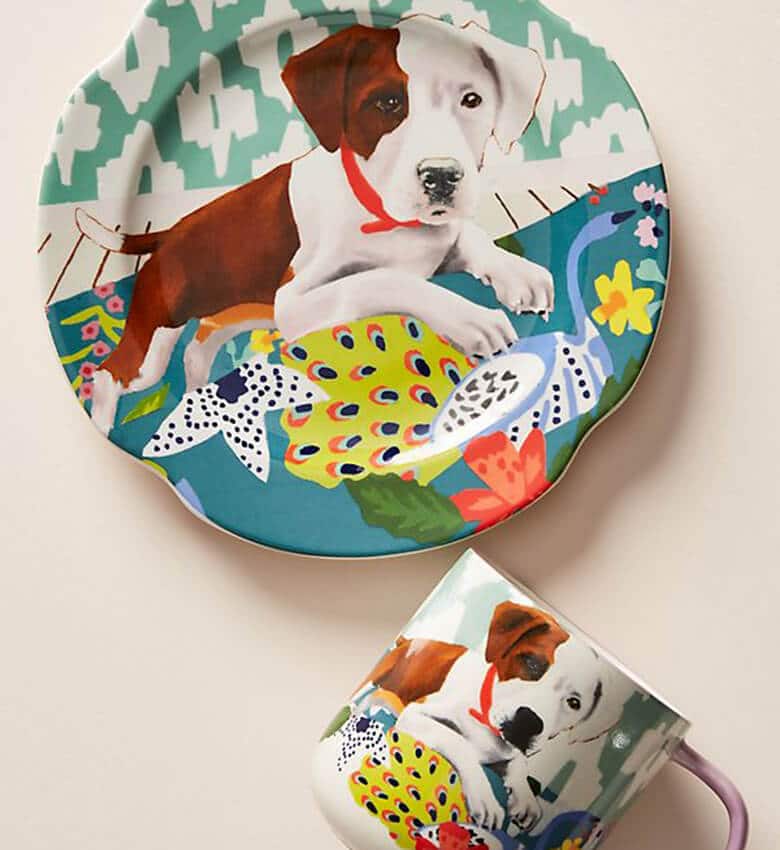 Meet Jay McClellan. The 42-year-old is known for large-scale animal paintings (mostly dogs) he creates in his Philadelphia studio.

While he grew up with a father who was an artist, McClellan got a late start. He was in advertising for years, but in 2012, when his mom died from pancreatic cancer, he decided he wanted to follow his passion, rather than sit in a corporate setting. 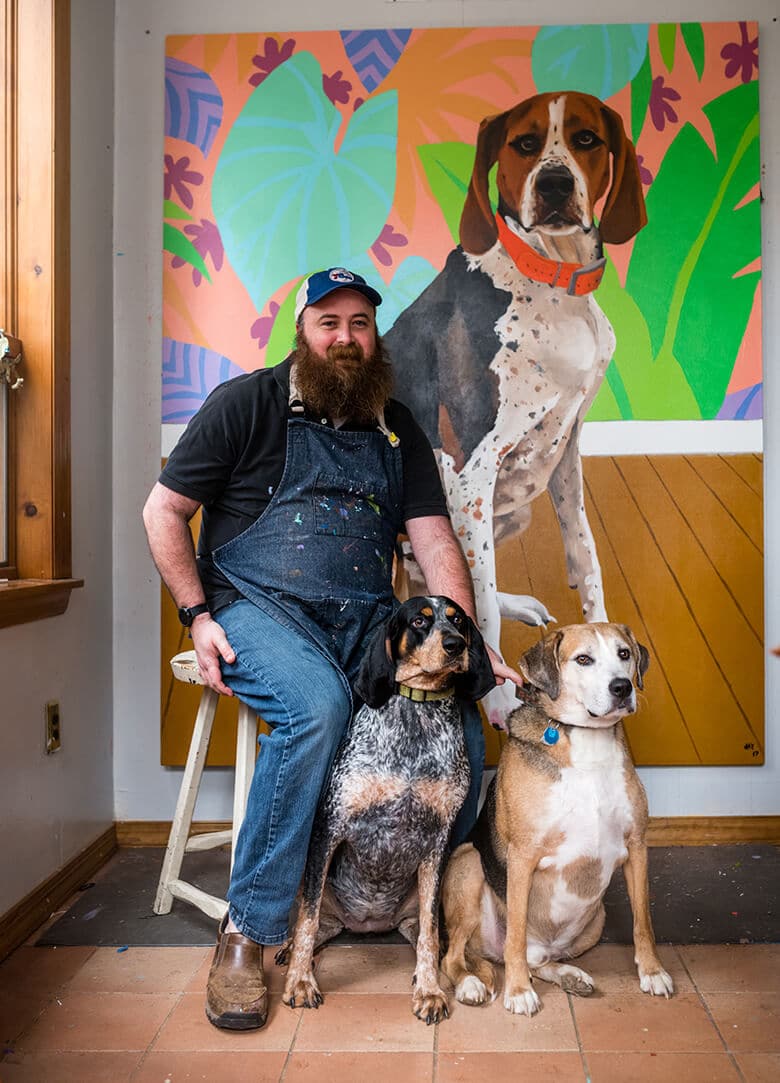 “With my mother passing away help me realize that I wanted to pursue being an artist,” McClellan tells us. “If you have a something you want to pursue the time is now because there may not be a tomorrow.”

His focus on dogs stems from the natural bond we share with them. “It’s the companionship and therapeutic qualities of a dog that draws me to them,” he says. 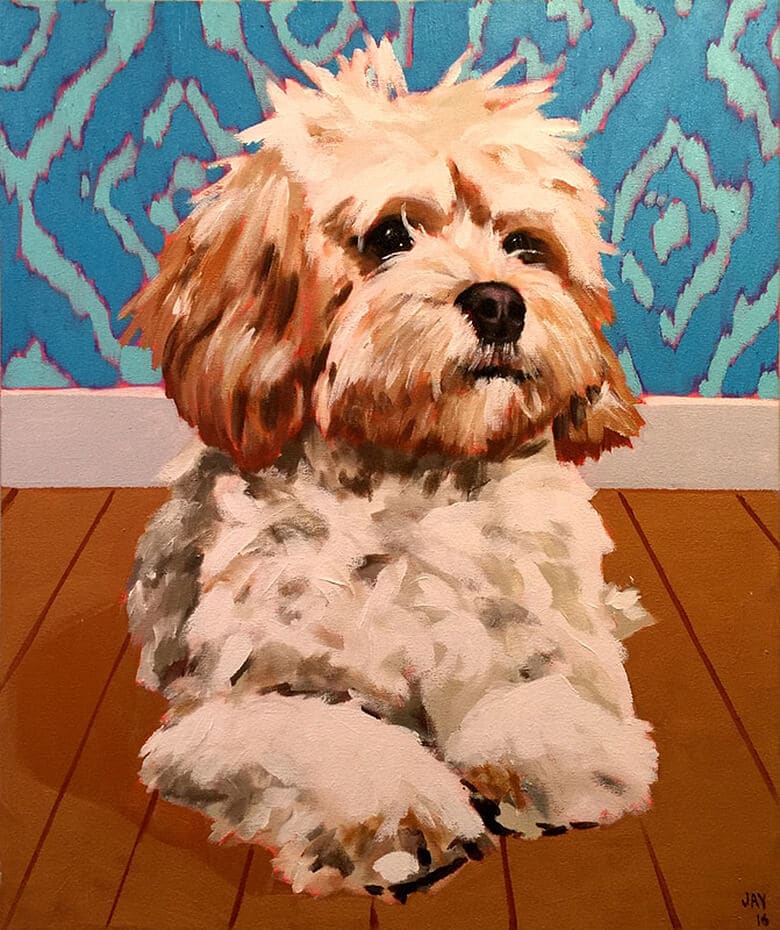 So, how did he get to the artist behind the Bone Appetit collection?

McClellan was asked to do a show at the Urban Outfitters corporate office in Philadelphia, where the company showcases local artists to the community and employees. He decided to paint nine of the employees’ dogs, with each one comprising a large 6 x 7-foot painting. 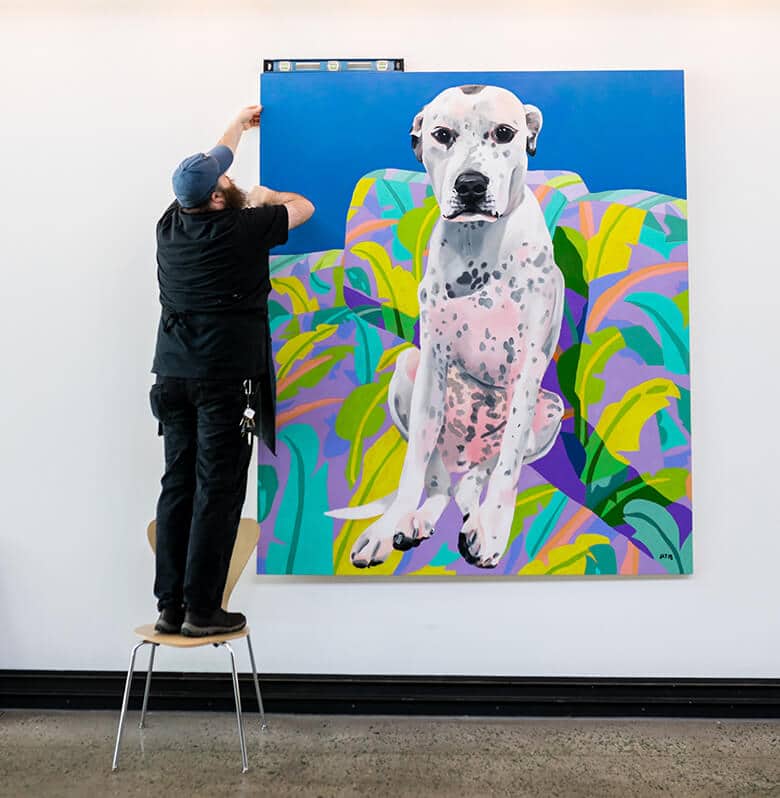 Urban Outfitters ended up buying all of the paintings for their corporate collection, and McClellan was subsequently contacted by Anthropologie (its sister site) to collaborate. All the dogs in the Bone Appetit collection are also employee pups (lucky dogs). 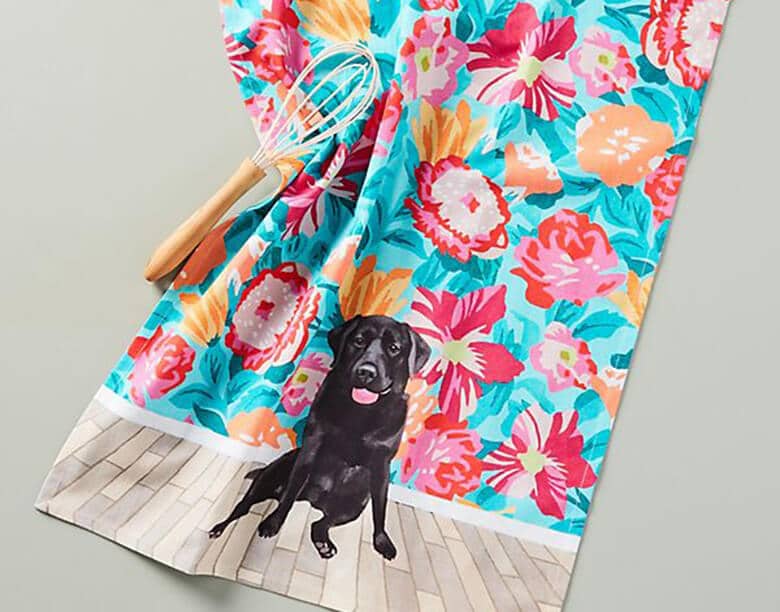 McClellan approached this collaboration like he does with all of him commissions.

“I like to find out the personality of the dog and the owner and try and incorporate that into the painting,” he says. “I also rely on my own relationship with my dogs.” 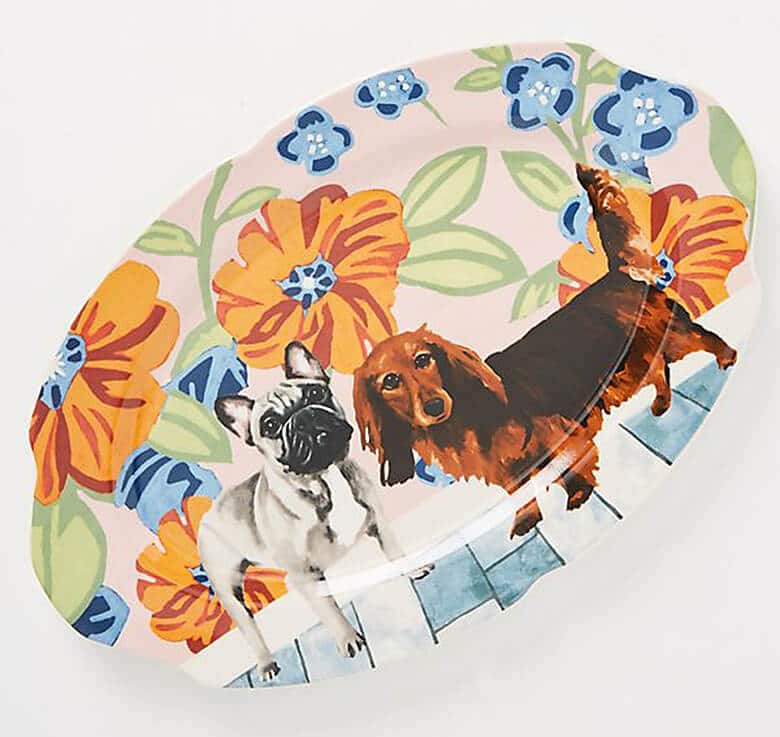 He began with an initial set of drawings and from there, he, along with the Anthropologie team decided on the layouts, colors and patterns. “After that was decided, I painted the paintings, photographed them and sent them the photos. Then they produced the collection,” he says. 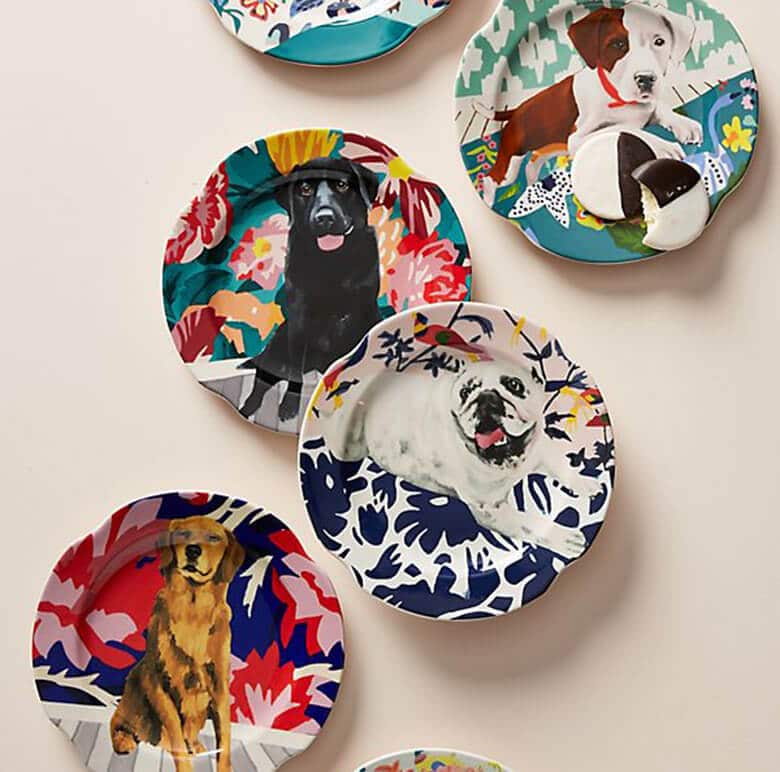 Now available online and in-store, customers can choose from an assortment of McClellan’s work, including four mugs, six dessert plates, two platters and one dish towel. The prices range from $14-$48 and will only be there for a limited time.

For those who want to have their own custom portrait, paintings start at $960.

(We receive a small commission if you go to Anthropologie)