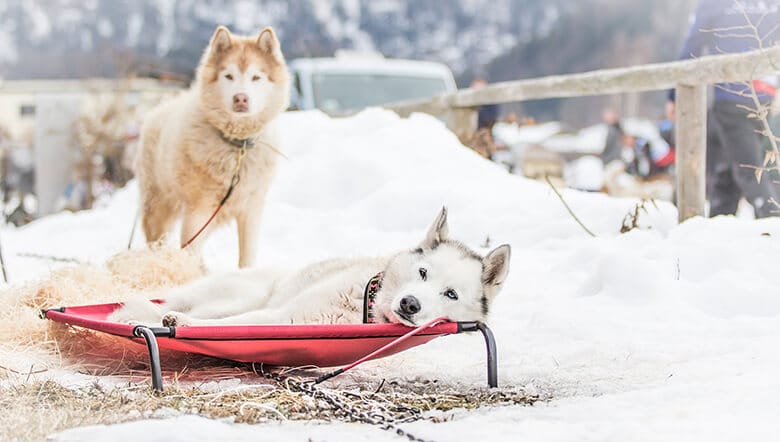 Dog breeders have been used for centuries to create canines for particular jobs — hunting, working and herding, to name just a few. But where breeding originated from and why has remained a mystery — until now.

The group lived in extremely cold weather, and believed to be the only people ever known to hunt polar bears without the assistance of firearms. To help them find the bears, they needed dogs to pull the sleds, and now it is believed after analyzing canine bones from Zhokhov, the group specifically bred dogs for this task.

Back then, Zhokhov wasn’t an island. It was connected to Siberia, so the group would also use the sled dogs to help them travel over the plains in search of reindeer.

Vladimir Pitulko, an archaeologist at the Russian Academy of Sciences in St. Petersburg, has been excavating Zhokhov for nearly 30 years, and while he has find dog bones and sleds, he never was able to make the connection.

He along with another archaeozoologist examined the canine skulls from that time and compared to huskies and wolves. They found the animal was indeed from the dog group.

They also looked at the size. Of the 11 dogs from that time and place, ten weighed between 35 to 55 pounds, similar to those of a husky. The other one weighed more, and believed to be a wolf-hybrid, or similar to today’s Alaskan malamute, and used for hunting.

“They were clearly shaping these animals to do something special,” Pitulko told Science.

Angela Perri, a zooarchaeologist at the Max Planck Institute for Evolutionary Anthropology in Leipzig, Germany, added, “If this is indeed a breeding program, it would be the earliest evidence of dog breeding for any purpose.”

In later times, approximately 7,000 years ago, it has believed humans began to use dogs for herding, but because of the variance in sizes, it is unlikely one particular breed was used for this purpose.

And while there were other animals hanging around these hunter-gathers, like foxes and badgers, they didn’t serve a purpose to the group.


“Starting a two-way street with dogs and shaping them into the animals we needed—that was the real domestication” says Zeder.