Emotional Support Dogs Will No Longer Be Allowed on Flights

Earlier this week, the Department of Transportation announced it revised the Air Carrier Access Act stating it will only allow dogs to be considered service animals and that airlines will no longer have to accommodate emotional support animals of any kind.

After these new regulations go into effect next month, only dogs trained to perform a task for someone with disabilities will be allowed to fly.

Before this emotional support animals, or those that provide comfort to their owners, were allowed to fly free with their owners in the cabin. But after passengers starting saying their peacock, monkey, gerbil and other animals were there to provide emotional support, while some had brought unruly dogs onboard, discussions around ESAs started to occur.

Part of the reason people have been using the emotional support designation for an animal is the cost to fly a dog (or any other animal) is high. Often, the price is more than the passenger’s ticker. The other reason is that many don’t feel comfortable putting their dogs in the cargo section of a plane, as there have been a number of deaths due to issues, including overheating.

Related: Dog Dies on United Flight After Being Told He Needed to Go in the Overhead Bin, Airline Reportedly Ignored His Yelps

This topic has since  has drawn over 15,000 comments from members of the public including airline employees, passengers and advocates for those with disabilities.

Officials said one reason for the ruling is there has been a dramatic increase in passengers  “fraudulently representing their pets as service animals, and this “eroded the public trust in legitimate service animals.”

Under these new regulations,  airlines will now consider psychiatric service animals equal to other service animals. Passengers with these service animals will have to provide documentation including information regarding the training, behavior and health.

This may be a loophole for some people looking to avoid the pet fee or putting their dog in the cargo section. According to the Act, for a dog to be considered a psychiatric service animal, owners do not have to pay a professional to train them and will not need a letter from a medical professional stating such.

Psychiatric service animal users will no longer be required to provide a letter from a licensed mental health professional detailing the passenger’s need for the animal, nor will they be required to check in one hour before the check-in time for other passengers.

The only requirement is the passenger must fill out a form and be truthful, according to the DOT.

It is a Federal crime to make materially false, fictitious, or fraudulent statements, entries, or representations knowingly and willfully on this form to secure disability accommodations provided under regulations of the United States Department of Transportation.

Passengers traveling with service animals will also no longer be required to physically check in at the airport instead of online.

Many support the new ruling, including organizations that represent people with allergies and those who have service dogs, however, the National Disability Rights Network is against this ruling, claiming it discriminates against people with disabilities.

“We are extremely disappointed by the Department of Transportation’s final rule on Traveling by Air with Service Animals which will erode many of the protections afforded to people with disabilities traveling by air,” Curt Decker, executive director of the Washington, D.C.-based advocacy organization, told This Dog’s Life. “This new rule will undermine the rights of people with disabilities and instead exclusively accommodate the interests of the airline industry.”

Decker added that because the new ruling requires those with service animals to fill out forms up to 48 hours in advance, the paperwork may also burden travelers with disabilities who use service animals.

The final rule will go into effect 30 days after date of publication in the Federal Register.

Related: Delta Airline’s Ban on Pit Bull Service Dogs Is Rejected by the Department of Transportation 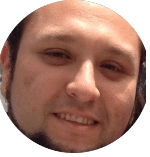 Alex DiStefano Alex Distefano is an established freelance writer and music blogger. With over a dozen years under his belt as a published journalist, he covers the worlds of heavy metal music, punk rock, current events, cannabis culture, comedy, radio, food, tattoos, the paranormal, and "conspiracy theories." He has been published in the LA Weekly, OC Weekly, Culture Magazine, High Times, the San Diego City Beat, Arizona Entertainer and many more. He lives in the Los Angeles area, and loves his family, including 3 dogs. 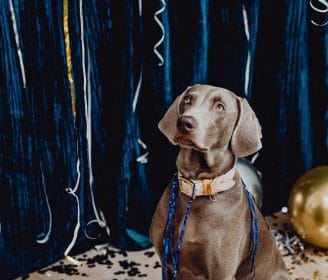 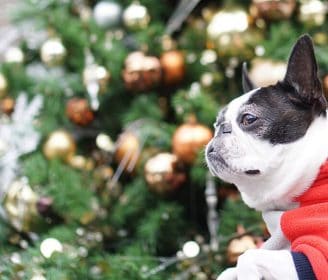