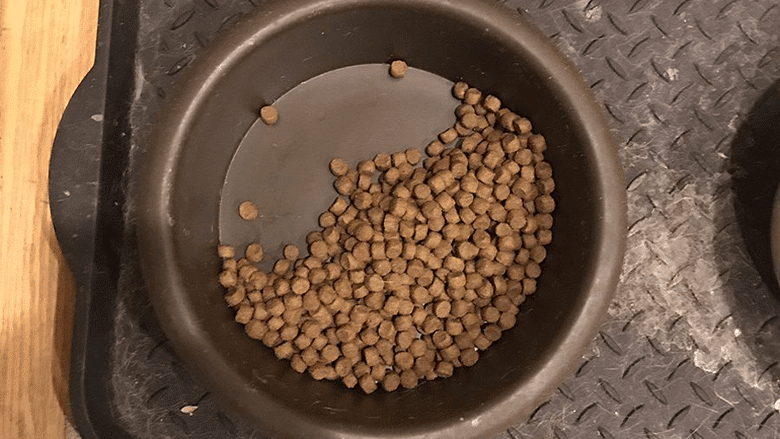 A dog left half the food in his dish for the sweetest reason.

For years, it was always Cookie and Stitch, two Labrador retrievers. They were like two peas in a pod, doing everything together, including eating out of the same dish.

Stitch had taught Cookie to only eat half of the food, so he could have some, too.

“Ever since she was young she knew to leave half the food so Stitch can have some (he liked to make sure she would eat,” one of the owners, Easton Dufur, wrote on Twitter.

Sadly, Stich recently passed away, leaving Cookie at a loss – even when it comes to dinner time.

“So since Stitch is gone, I’ve been feeding Cookie less food,”Dufur wrote. “Well before I went to bed, I wanted to check to see if she ate. And so I did, and she still left half of her food there so Stitch can eat.”

To help everyone not lose it reading the post Dufur posted a video of the two together, in happier times.