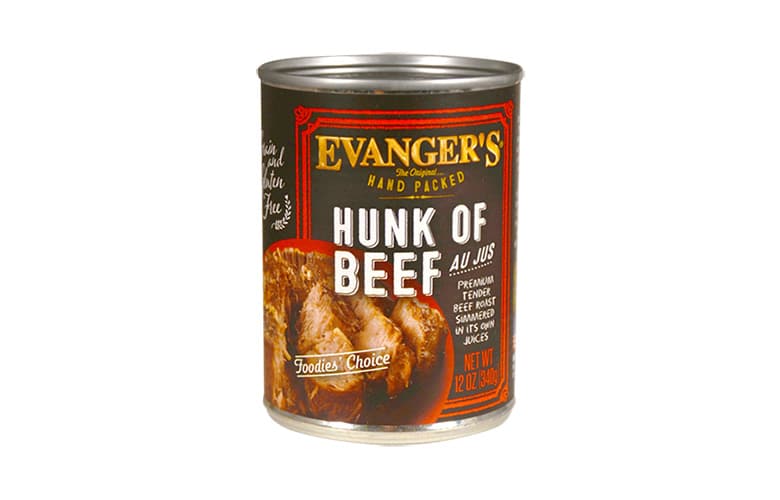 The FDA announced an Illinois dog food company has voluntarily recalled its products after five dogs became sick and one died.

Evanger’s Dog & Cat Food has taken off the shelves its Hunk of Beef Au Jus wet dog food after pentobarbital was detected in the food. Pentrobarbital, a drug used in euthanizing dogs, can cause, besides death, drowsiness, dizziness, loss of balance, excitement or nausea, according to the release on the FDA website.

Related: A Danger May Be Lurking In Canned Dog Food

While the company states that only one lot was affected, it is recalling all Hunk of Beef products that were manufactured the same week and have an expiration date of June 2020 (full list of lot numbers below).

Related: Do You Really Need to Worry About Cleaning Your Dog’s Bowl?

The company did point out this was its first recall in its 82 years and has ended the relationship with the supplier.

“Despite having a relationship for forty years with the supplier of this specific beef, who also services many other pet food companies, we have terminated our relationship with them and will no longer purchase their beef for use in our Hunk of Beef product,” its website states.

The recall occurred after Nikki Mael of Washington fed her dogs Hunk of Beef Au Jus on New Year’s Eve. Within 15 minutes, all were acting strange.

“They were falling over,” Mael told KATU at the time.” So I grabbed them all and took them to the emergency vet. And when they got there, they were just limp. They weren’t moving or anything.”

One of her dogs, a pug named Talula, didn’t make it.

Here are the lot numbers that are part of the recall: