This Dog Has a Big Role at a Police Department: To Cheer Officers Up

Stephanie Gonzalez, a crime prevention specialist, had no idea when she adopted a toy fox terrier what an impact it would have on her home – and her job.

Named Spoticus (Spot for short), the puppy has been a constant presence at Gonzalez’s job at the Woods Cross Police Department in Utah, providing stressed out officers support. 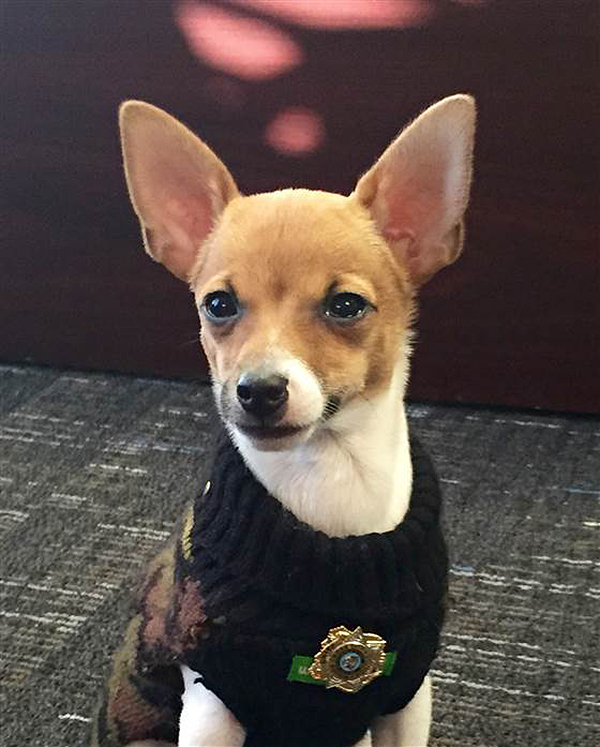 “The detective walked in, he was in a grumpy mood,” Gonzales told Today about Spot’s first day at the organization. “He’d just had a horrible call, and [Spot] just runs up and completely loves him. And [Spot] does that with every officer.”

Besides helping out people on duty, Spot, known as “Officer Spot,” has lifted up the spirits of others, including a young, lost boy who wandered into the station. Initially, frightened by the police force the boy relaxed after he met Spot.

“We let him throw [Spot] a toy,” she told the outlet. “He completely warmed up, finally told us his name, finally got his phone number, and we were able to get him back to his parents.”

If the pup isn’t providing a lot of love, people can find Spot chilling on a big bed of stuffed animals, sleeping or eating Slim Jims and cheese. 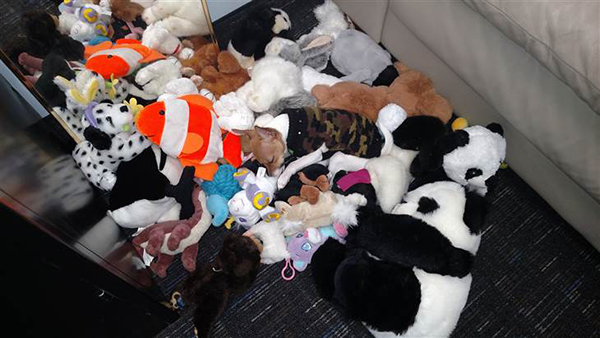 Off duty, Spot hangs out at home with Gonzalez’s other dogs, two mastiffs named Petra and Junos. 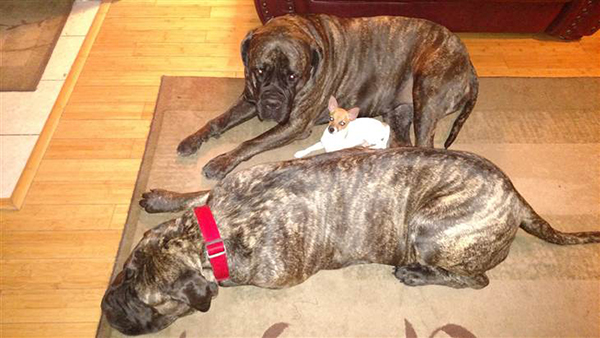 Here is a video of Spot on duty: