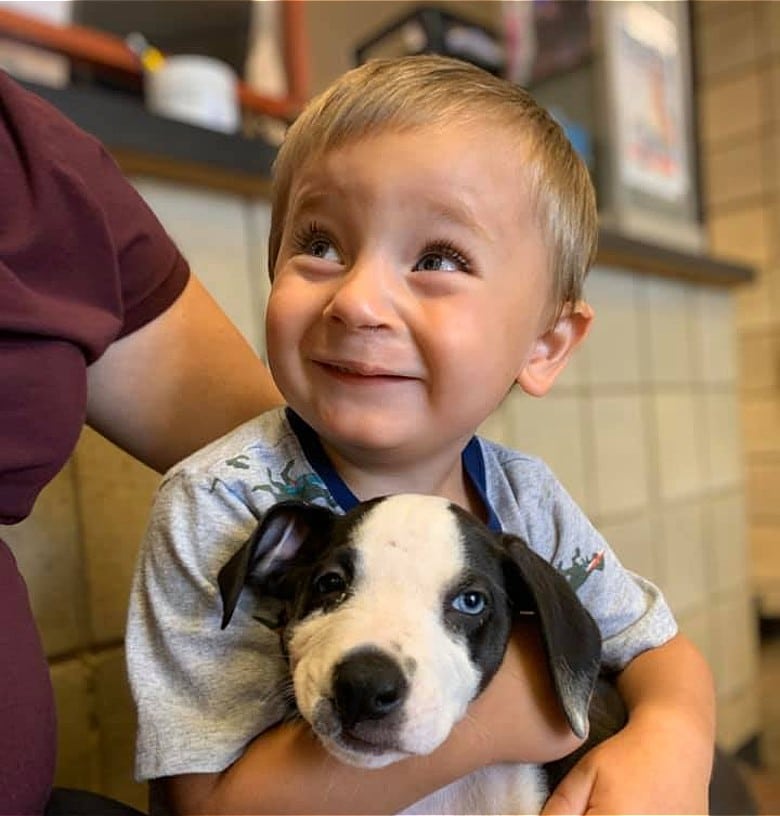 When Bentley Boyers and his father went to the local animal shelter, they were looking for some chickens to add to their small farm. But when they met a puppy with a cleft lip, they knew she was for them.

Bentley was also born with a cleft lip, so having a four-legged friend share the same birth defect created a unique bond.

“To hear the couple had a son with a cleft lip touched out hearts and sounded like such a perfect match, but to see them together brought our whole team to tears!” Lydia Sattler, the animal shelter director at Jackson County Animal Shelter in Michigan, told This Dog’s Life. “You could see the instant joy, love and bond between the two.”

Now named Lacey, the mix, has adjusted to her new home.

“You would think a new puppy would have new puppy shyness, but she came into this house like she’s been here for years,” says Bentley’s mom, Ashley.

Adding that Bentley and Lacey do everything together, including play with his monster trucks.

“They are already best friends; he can’t do anything without her,” she says. “Both Lacey and Bentley are just a normal boy and a normal puppy and having a cleft lip makes their personality more special.”

Related: How to Teach Your Children to Be Gentle with Dogs