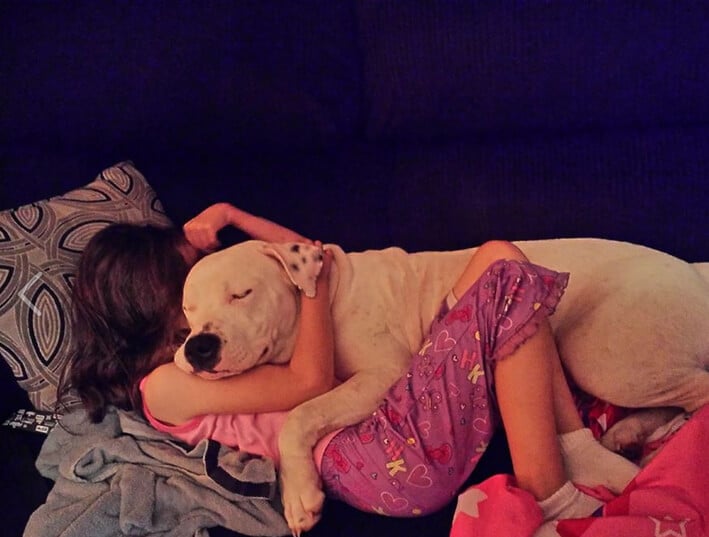 After Louisiana village Moreauville enacted a “vicious dog” ban forbidding people from owning pit bulls and Rottweilers, a family is desperately trying to save their dog.

Joanna Armand began an online petition begging the village to reverse the ban, so the family dog, a pit bull named Zeus, would be spared from an unknown fate. To date the petition has received more than 125,000 signatures — but it may not be enough.

The family has already reached out to local law government agencies and was told there was nothing they can do. If nothing changes, the family may have to surrender Zeus by Dec. 1, the date the ban is set to begin. And for Armand, this could have devastating consequences for her family, especially daughter O’Hara, who suffers from neck issues and must use a Halo brace and wheelchair. Armand told CNN the dog is kind of like a therapy dog for O’Hara.

“If anything ever happened to him, I would just shut down,” O’Hara told KALB.

Rottweiler and pit bull owners received letters from the village stating that if these breeds were found in Moreauville after Dec. 1 they will be “impounded and transported to a veterinary clinic for further disposition.”

This ban is definitely a setback in the animal community, as more and more cities are ditching breed-specific bans. The White House has even gotten involved with this issue. In 2013, it releasing a statement opposing breed-specific legislation, saying “research shows that bans on certain types of dogs are largely ineffective and often a waste of public resources.”