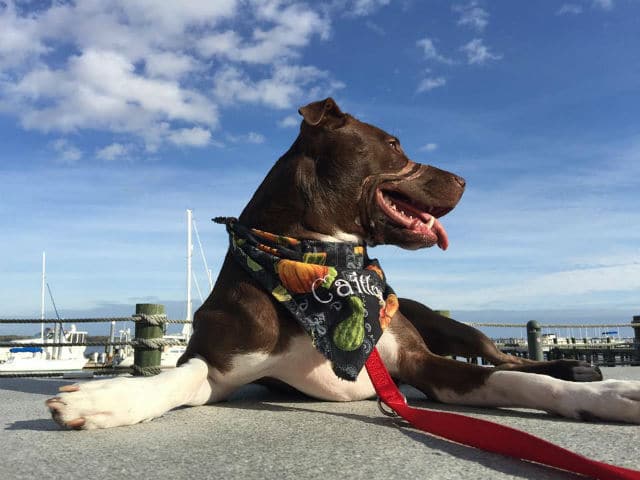 The pit bull named Caitlyn is a story of perseverance.

After she was found on Memorial Day weekend with electrical tape around her muzzle that was so tight it stopped the blood circulation to her tongue, she went on to prove to the world her spirit would not be destroyed. Not only did she star in a calendar with hunky firefighters to help money for dogs in need of medical attention but she also blossomed as a pet, as she learned to trust people, develop a bond with her foster family and became a symbol for abused animals.

Related: The Only Thing Caitlyn Is Now Scared of Is Losing Her Toy

Because of her ability to overcome the trauma that was imposed on her, People Magazine named her Survivor of the Year for its annual pet awards issue. Caitlyn was treated to a photo shoot and her story will be featured in the Hero section in a two-page spread. 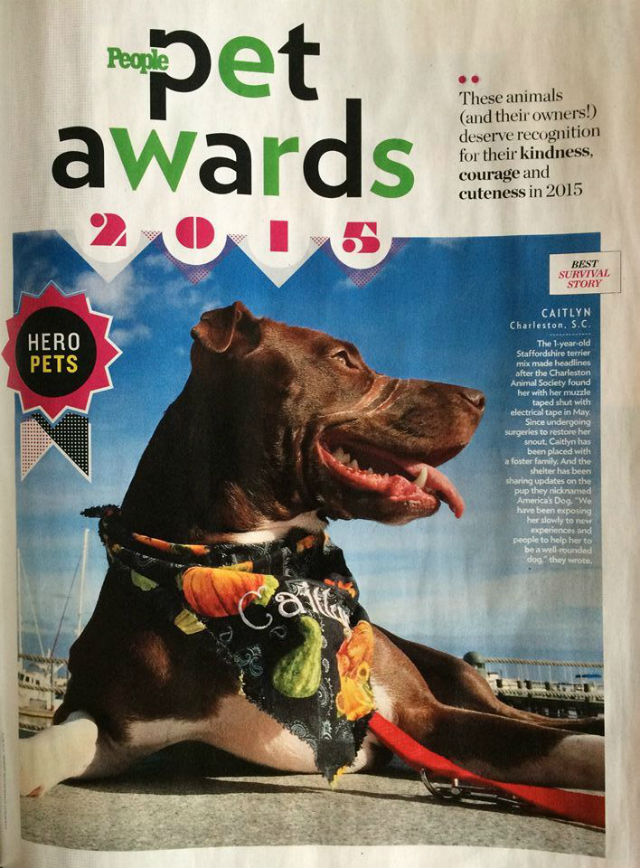 “We all know she is a hero to many and a testament to what we as a community can do to save lives!” Charleston Animal Society, the rescue organization that took her in, said in a Facebook post. “We have received many emails and comments about how much she has been an inspiration for people in abusive situations and with scars! Her bravery in the face of such abuse and her beautiful scars have given many people hope for change in their own lives!”

Her alleged abuser, William Leonard Dodson,  is set to go to trial in 2016.

Related: Award Increased to $6,000 to Find the Culprit of Horrific Dog Abuse