PRESS ESC TO CLOSE
Training > The Basics > A Dog Bite Could Cost Upwards of $56,000. Here Is How to Prevent Them From Occurring. 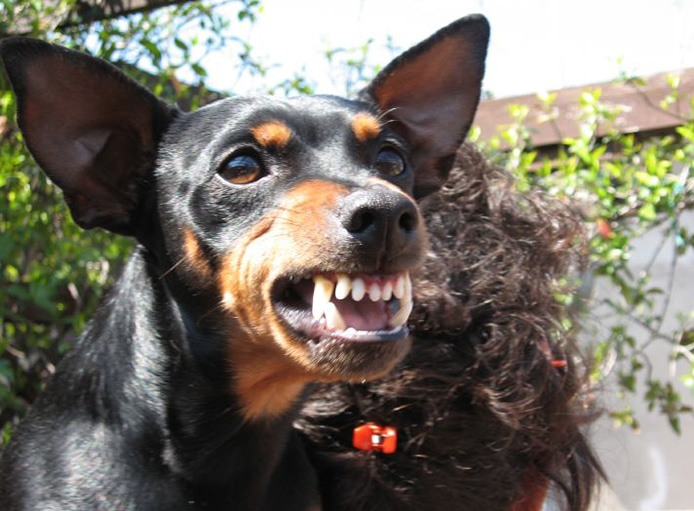 A dog bite is going to have your insurance company shelling out a lot of bones.

Dog bites accounted for more than one-third of homeowners insurance liability claim dollars paid out in 2015, or more than $570 million, according to a recent report from Insurance Information Institute and State Farm. And while the number of dog bites decreased, the cost per bite rose 16 percent, averaging $37,214, up from $32,072 in 2014 and $27,862 in 2013.

California had the most claims with 1,684 and Arizona had the most expensive payout per claim, with each bite costing insurers on average $56,654.

Related: This Picture Explains Exactly How Dogs Feel About Hugs

The findings were released in conjunction with National Dog Bite Prevention Week, a time to raise awareness about dog bites and provide information to prevent future bites.

Each year more than 4.5 million people are bitten by a dog. Of the 800,000 who require medical attention each year, children make up half of the demographic. The elderly, bicyclists and postal workers are also susceptible to bites. Last year, 6,549 postal employees were attacked by dogs, with Houston having the most attacks at 77.

And while This Dog’s Life is crazy about dogs, it is important that pets remain part of our family and aren’t separated or taken away due to biting.

Related: How to Prevent the 4.5 MILLION Dog Bites That Occur Every Year (Infographic)

Get a professional involved. If you believe your dog could potentially bite someone, seek out an experienced trainer.

Get to know your dog. Before bringing a new dog into your family, make sure he is the right fit. Spend time with your pup and if the dog has a history of aggression, you probably don’t want him in the home with children.

Keep your dog away from strangers. If your dog is likely to attack a stranger, secure your pup before you interact with a person the animal does not know. For postal workers who drop off mail, keep your dog in a separate area from the front door, as they have been known to jump through screens or plate-glass windows.

Pick up on signs. If a child in your home is fearful of a dog, it may not be best to bring in a dog, or certain types of dogs (e.g. rambunctious or big breeds) into the household. Also, always supervise your dog with babies and children.

Respect the dog’s boundaries. Teach your children and others to leave your dog alone when she is eating, enjoying a toy or sleeping. This is a prime opportunity when a dog could bite.

Have supervised social time. See how your dog acts around other people and animals in a supervised setting.

Related: Can Dog Kisses Do More Harm Than Good?