PRESS ESC TO CLOSE
News > Would You Wear a Swimsuit With Your Dog On It? 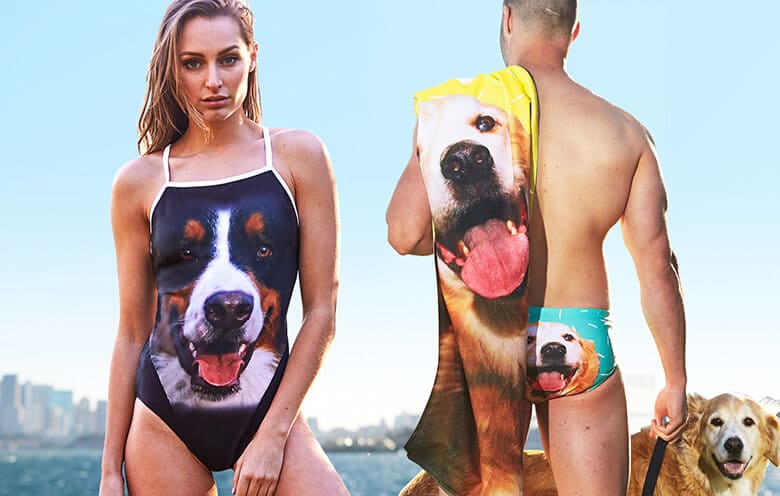 If you always miss your dog when you go on vacation, now there’s a way to take him with you. Three pet lovers from Sydney, Australia, have launched Petflair, a Kickstarter campaign that allows you to customize swimwear with a photograph of the canine (or feline) love of your life.

The campaign, which has raised more than $40,000, exceeding its $12,000 goal, currently offers three swimsuit styles for women – cross back, open back and string back — an Olympic-style brief for men, as well as a towel, beach bag and stickers.

“These are much better than your run of the mill swimsuits, as they’re constructed from the same materials as competitive water-sports gear,” says one of the founders, Charlie Gearside, a computer programmer and designer. “Of course, the designs are more styling than you’ll see in water polo, but the technology is the same.” 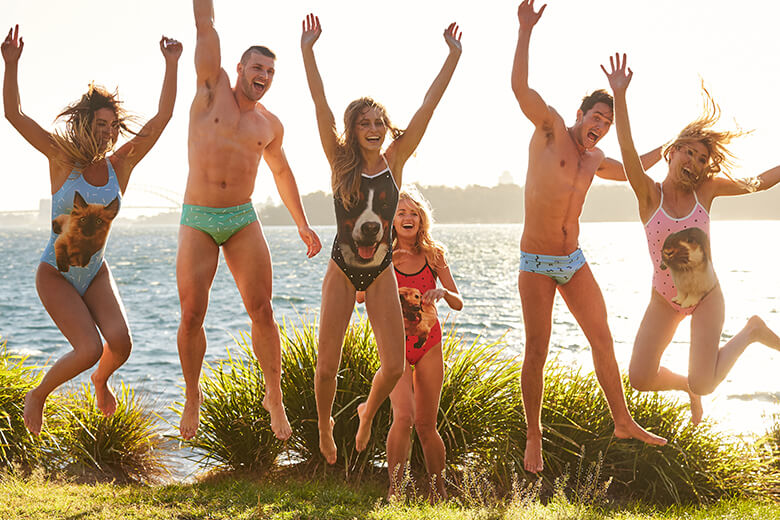 Offering an array of colors and patterns – including polka dots and squiggles — all people need to do is snap a photo of their dog and send to Petflair. Easier said than done?

“The good news is that it’s very, very easy, even with a camera phone,” says Gearside. “We’ve found feeding a treat and snapping a few quickly after, on a hard surface, up nice and close and at nose-level, produces the best results.” They’re working on a photography guide right now, so their Kickstarter backers can get the best possible result. 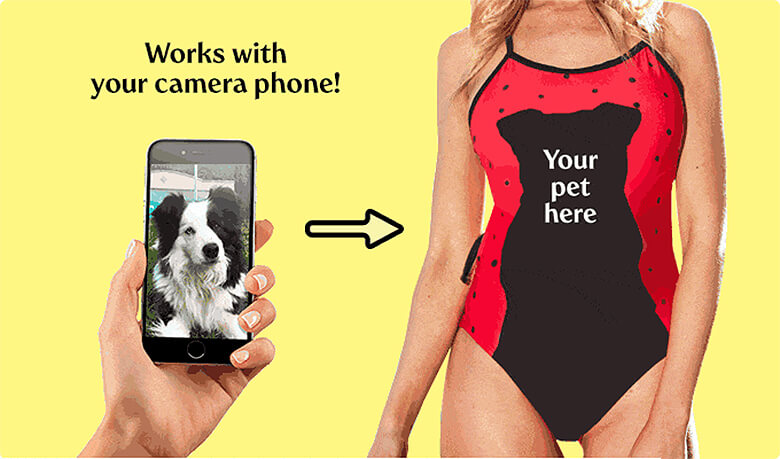 Surprisingly, the towel has been the most popular product. “In truth, not everyone wants the swimwear (they just like the idea), so the towel is very appealing,” says Gearside. Lots of people are buying it as a Christmas present this year.

Related: The Store Greeter Behind This Super Trendy San Francisco Shop Is a Dog Named Tiger

Petflair was founded mainly to support Pound Paws. Martin had already created a pet swimsuit for his girlfriend to her rave reviews says Charlie. “We knew we were onto something, and Britt and Pound Paws were onboard right away.”

They plan to open an online store and expand the range of products for “pet-mad” people. Prices run from around $16 for stickers to $2012 for a package called Your Pet Forever, which includes everything from their range plus an oil painting of your pet and a custom pet flag. Around $73 (AU$ 90) will get you a woman’s swimsuit and a set of six stickers. The prices, however, will increase slightly after the Kickstarter campaign ends, so get in your order. The campaign goes until Oct. 11.

They’ve been surprised by their success. “Beyond our wildest dreams,” says Gearside. Their video has over 3.5 million views, and Petflair has been mentioned in Mashable and on TV. “We never ever thought it would blow up like it has.”