Watch a U.S. Solider Reunite With Her Missing Dog

A dog and her U.S. soldier mom are reunited after the pup ran away from home and was missing for weeks.

After their dog, Ginger, escaped, Sergeant US Army Sergeant Dahlberg, along with her two children, were afraid they would never see her again. This all changed when they discovered Ginger on Front Street Animal Shelter‘s in Sacramento, California.

The mother brought her two children to the shelter to get their dog and the heartwarming reunion was caught on tape by worker Bobby Mann.

Related: To Help Overcrowded Shelter, Generous Woman Pays for Every Adoption Until 2017

In the video, Ginger is audibly whimpering, happy to be back with her family. Sgt Dahlberg is seen stroking the dog’s head, assuring her everything will be okay. She is then shown scooping up the pup, hugging her and bringing her to the car to take her home. 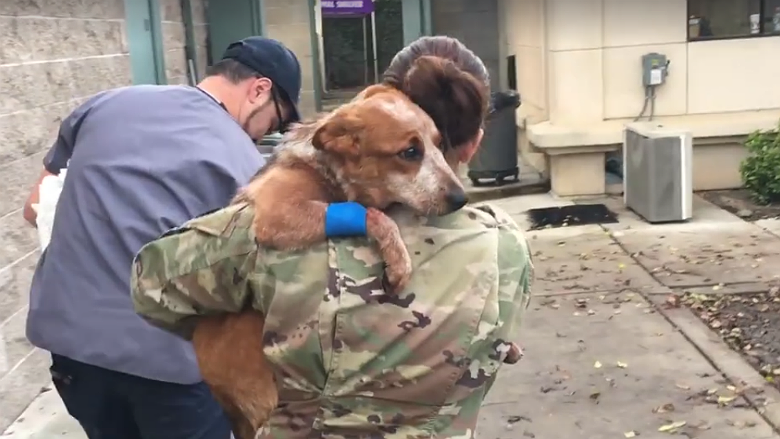 While Ginger was on the streets, she did contract parovirus, or parvo, an often deadly virus. Fortunately, it was caught early enough that she expects to make a full recovery.

The crew at Front Street Animal Shelter did stop by the Dahlberg’s household to provide Ginger early holiday presents: a bunch of treats and gifts. 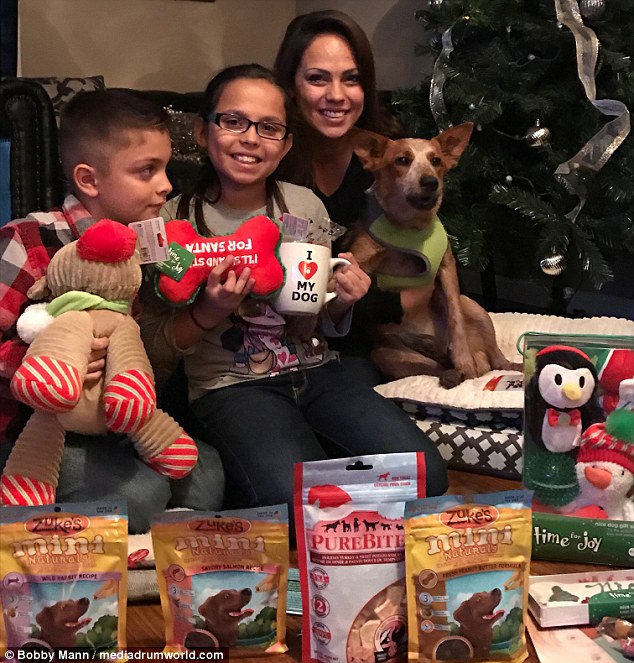 Check out the happy ending: