Veteran Gets Surprised at Giants Game With a Service Dog

Marine Corps Veteran Frank Giarmida got the surprise of a lifetime at the Giants game this Sunday: a service dog.

Giarmida was on the field of MetLife Stadium during the Giants game when unbeknownst to him, Scarlet, a 7-month-old German shepherd, made her way out to meet him. 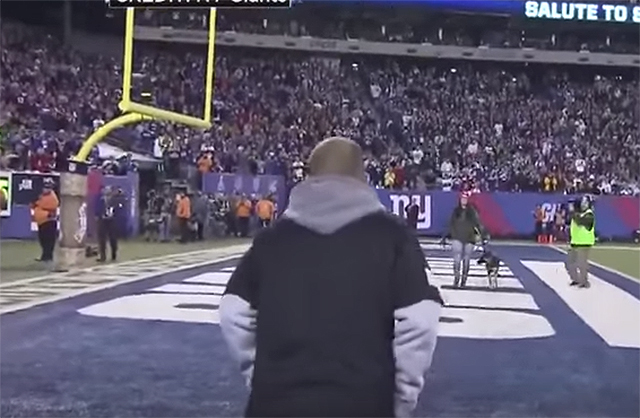 After fighting in the Iraq war, Giarmida had waited two years to receive a service dog, an animal that will provide much-needed companionship and support.

“The last 10 years have been a struggle,” Giramida told the outlet. “Six months ago, I recently lost my fiance to a brain aneurysm. So this service dog is going to do a lot for me.”

The dog was provided by Paws of War, a nonprofit funded by Cow Harbor Warriors, an organization that supports post-9/11 war veterans. The group rescues dogs from kill shelters and trains them to be service dogs for vets.

“This is going to be my best friend,” Giarmida said. “I need a friend.”