An unlikely animal friendship will continue on for years to come.

When Tuna, a potbellied pig, and Jack, a beagle and dachshund mix, arrived together at the Humane Society of North Texas, the organization had its work cut out for them. Finding a home for one animal can be tricky but two, with one being a less common pet, and placing them together was going to be a challenge. But it was the only way the nonprofit would let them leave its facility.

“From the moment they arrived, it was clear they shared a strong bond. In fact, Tuna (the pig) loves to give Jack kisses and baths!” the Humane Society of North Texas stated on its Facebook page.

Related: The 5 Best and Worst States to Be a Dog

While waiting for potential adopters, the duo were being housed not in the usual dog quarters.

“We decided the best option was to house them in our exotics area, which was empty at the time and features very large kennels designed to house tigers and bears,”spokesperson Whitney Hanson told The Huffington Post. Yes tigers. Apparently, Texas has quite the issue with captive large cats. Fortunately, the pair didn’t have to be housed their too long.

With some luck (and media attention), the pig and dog did indeed get adopted out together.

“Tuna and Jack are now settling into their forever home with their new family!” the shelter wrote. 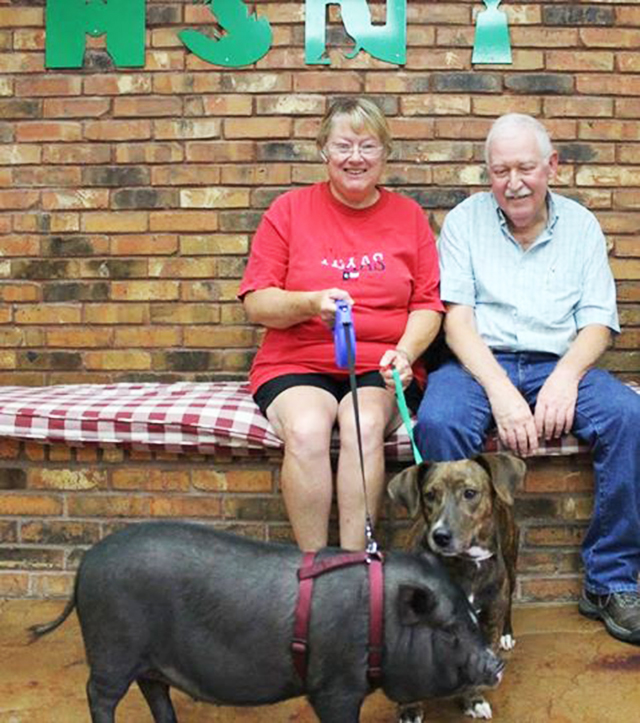