Tillman, the beloved English bulldog known for his skateboarding skills, has passed away at the age of 10.

Tillman suffered from an irregular heartbeat. On Thursday evening he was having trouble breathing and was panting heavily. His owner, Ron Davis, rushed him to the veterinary hospital to try and resuscitation the dog, but he didn’t make it. 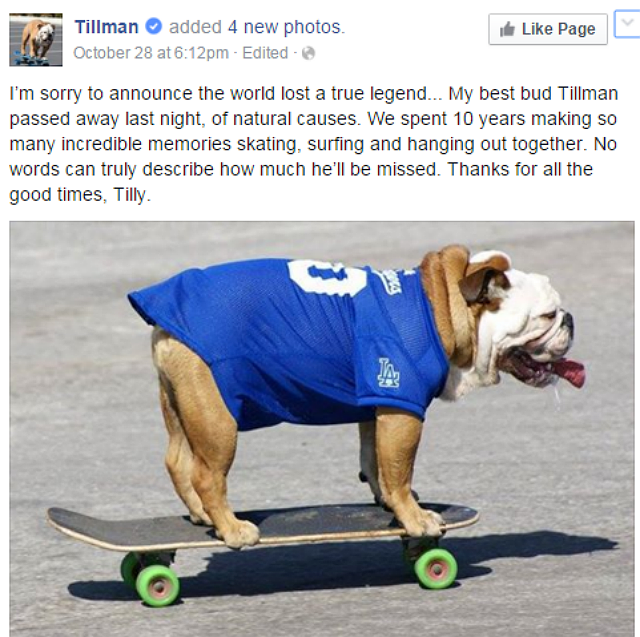 Tillman first caught the attention of dog lovers around the world in 2007, when Davis posted a video of the dog skateboarding on YouTube. To date it has been viewed more than 22 million times.

His skills landed the bulldog a Guinness World Record in 2009 for the fastest dog to skateboard a 100 yards. His time was 19.678 seconds. (It was later broke by dog named Jumpy who was faster by .02 seconds)

Besides being known for his skateboard king abilities, the bulldog was in an Apple commercial and a Hallmark reality TV show. He was also a snowboarder and surfer.

He will be dearly missed.