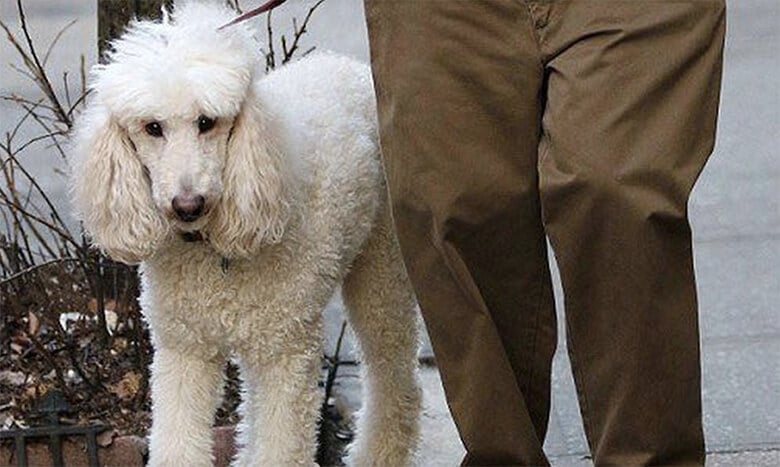 This past week, movie stars descended on Cannes for the prestigious film festival, all hoping their movie would win one of the coveted prizes – with the big one being the Palme d’Or award. (It went to The Square.) But it wasn’t just humans competing for awards – our four-legged friends were also honored for their role in cinema.

Standard white poodle Einstein took home the big prize, the Palm Dog award, for his performance in his The Meyerowitz Stories, while a black German shepherd named Lupo got the Grand Jury Prize for the pup’s role in Ava.

Einstein snagged the top-dog award after playing Dustin Hoffman’s dog Bruno in Noah Baumbach’s The Meyerowitz Storie, in which he is an “emotionally neglected pooch,” according to The Hollywood Reporter. Hoffman buys the dog in hopes his wife, played by Emma Watson, gives up alcohol. But Bruno ends up dragging Hoffman’s character Harold, resulting in a brain injury.

Related: Girl With Cancer Gets Special Visit From Dog in Movie ‘A Dog’s Purpose’

Lupo received her prize for her role as the dog in Ava. The pooch joins two teenagers during a coming-of-age movie where one begins to lose her sight. 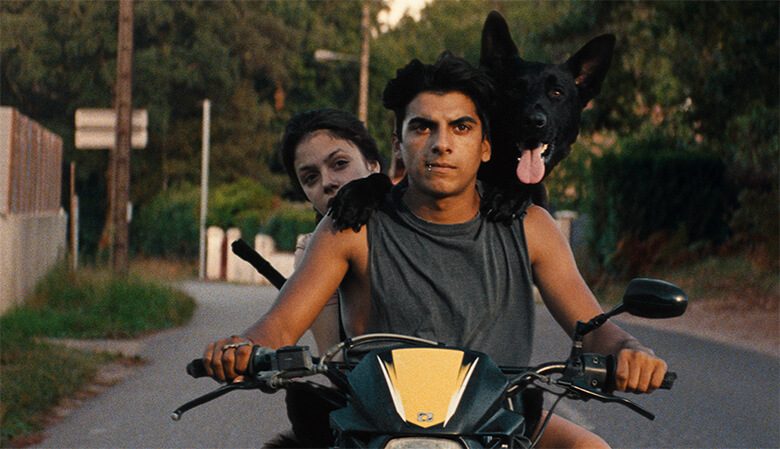 Actor Robert Pattinson (you know, Edward from Twilight), got a special nod for his performance in Good Time, in which he shares with a dog in the film that he was a canine in a previous life.

“If anything emphasizes the canine-human empathy connection at the heart of the Palm Dog it is Mr. Pattinson’s performance. However, giving the award to Mr. Pattinson would be against Palm Dog rules,” said Palm Dog founder Toby Rose, according to the outlet.

The DogManitarian award went to Leslie Carson and her shih tzu Tchi Thci for their role in The Durrells. She accepted her prize via video. Holding her dog she said, “Dogs deserve their place on the awards circuit, and I am truly proud to share this award with Tchi Tchi.”

Before the ceremony, there was a special award given to security dogs, honoring their life-saving skills. “This award salutes all the dogs around the world who are involved in the fight against terrorism,” Rose said in a statement.

The recognition of dogs in films at the Cannes Film Festival began in 2001(that is 112 dog years) as a way to honor a canine, or a group of canines, for a movie performance. The name Palm Dog is a play on words for Cannes big award, Palme d’Or. The winner is given a leather dog caller with the word Palm Dog on it. Past winners include, Mops in Marie Antoinette, Dug in Up and Uggie in The Artist. 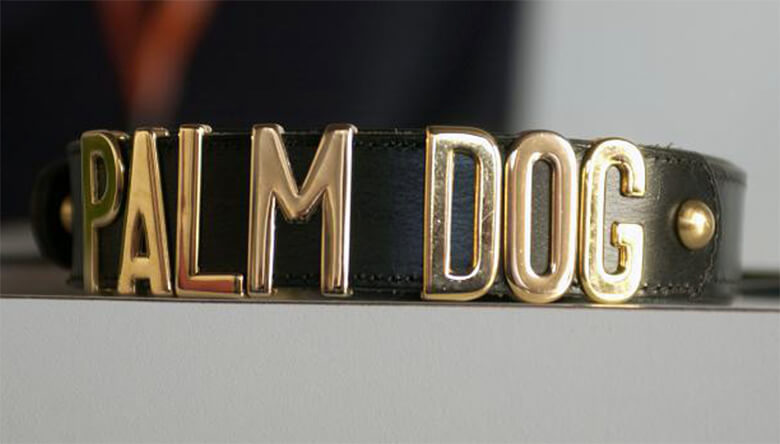 This year, the number of dog entries were lower than 2016, as this year’s films had more diverse animals in them, including a genetically modified giant pig and a bonobo monkey.