Infested with hundreds of maggots, a stray dog on the brink of death miraculously made an incredible recovery.

In September, Animal Aid Unlimited, a nonprofit that helps animals in need in India, was alerted to a dog in an abandoned home in Udaipur, a city in the western Indian state of Rajasthan.

When they arrived, they found a dog, now named Teddy Bear, in extreme agony continually pawing at his face. Upon examination, staff saw hundreds of maggots attacking an open wound on his upper lip, and they had made a huge hole that went down to the bone.  (The injury is believed to have occurred from a fight with another stray dog.) 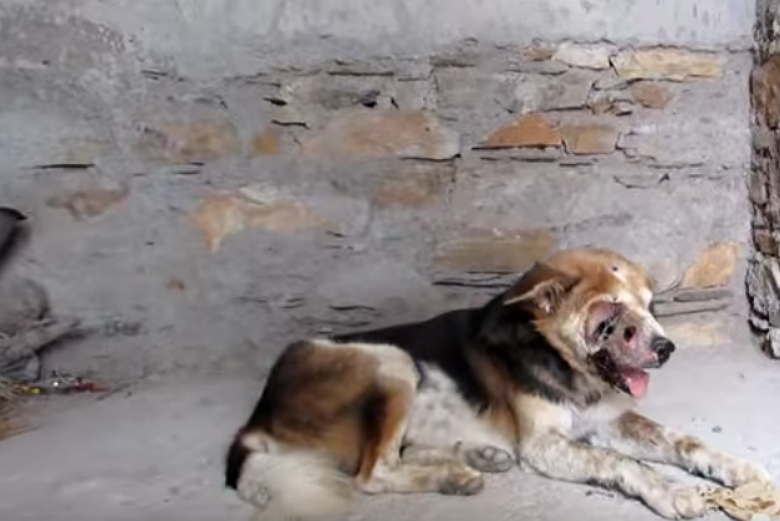 Related: Dog ‘Literally Sobs’ After Being Rescued From a Well

“Normally a bite would heal on its own, but this time of year in India there are flies who lay their eggs on wounds and when the eggs hatch the larva, or maggots, eat away at the tissue, including live tissue,” Claire Abrams-Myers from Animal Aid Unlimited tells This Dog’s Life.  “The maggots devour so much flesh so quickly that a dog with a maggot infested wound can die within less than a week.”

Realizing they had to act fast, they moved swiftly to get Teddy Bear the help he needed. “His entire focus was on the wound, and he hardly noticed when we approached or even when we picked him up, he was so completely distracted by his agony,” Abrams-Myers says. 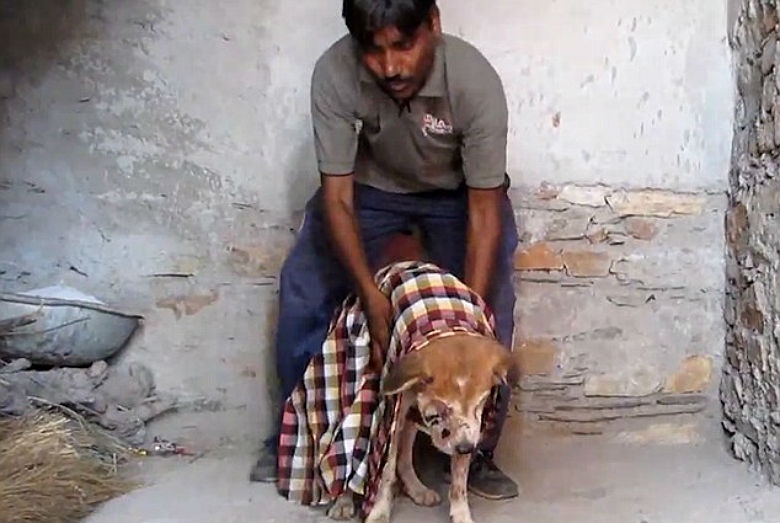 Taking him to their shelter, Animal Aid Unlimited was unsure if they could save him, but they were going to try.

They got to work removing the maggots and debride the very infested wound, removing large amounts of dead tissue. Under sedation, they filled the holes with blue powder to kill the flies. Teddy Bear miraculously came through. 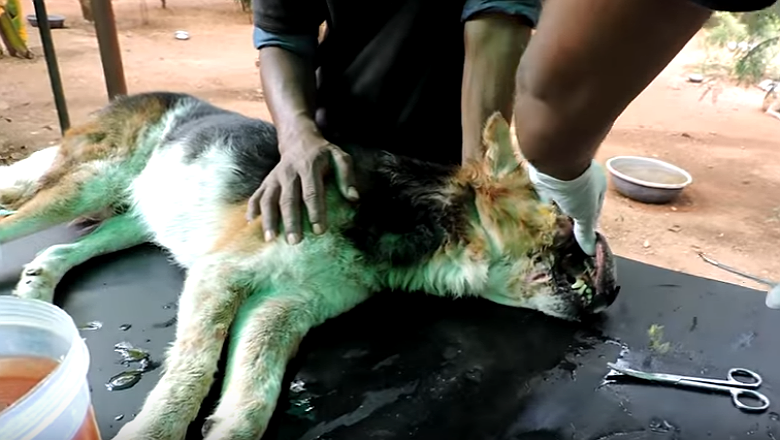 But his road to recover was just beginning. Over the next few months, staff and volunteers at Animal Aid Unlimited cleaned and bandaged his wounds. One treatment they used was honey bandaging. After they cleaned the wound they would cover it with honey and them put on a non-stick bandage. “Honey does an amazing job of healing wounds,and we heal most of our wound cases with honey bandaging!” Abrams-Myers says.

Now, Teddy Bear is a new dog. While he will always have a physical scar on his face, that is the only reminder of his past life. 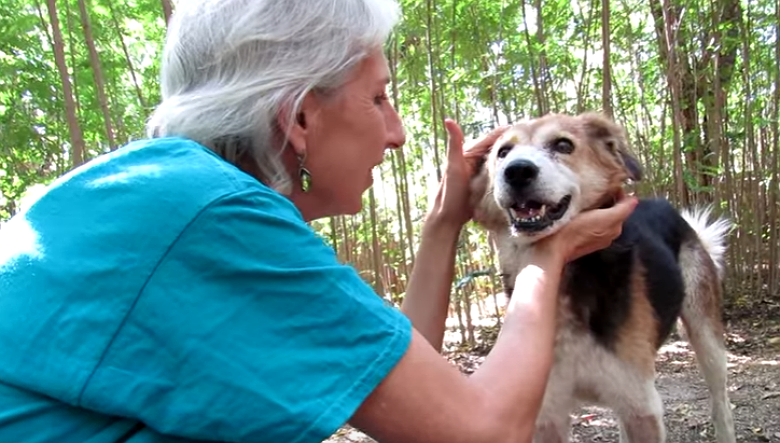 “Today Teddy Bear is bright, alert and full of energy,” Abrams-Myers says. “He feels great. He is social, curious and a really loving boy.”

Check out his incredible journey: