PRESS ESC TO CLOSE
News > Soon, You May Have Better Luck Getting a Job as a Dog Walker Than Teacher 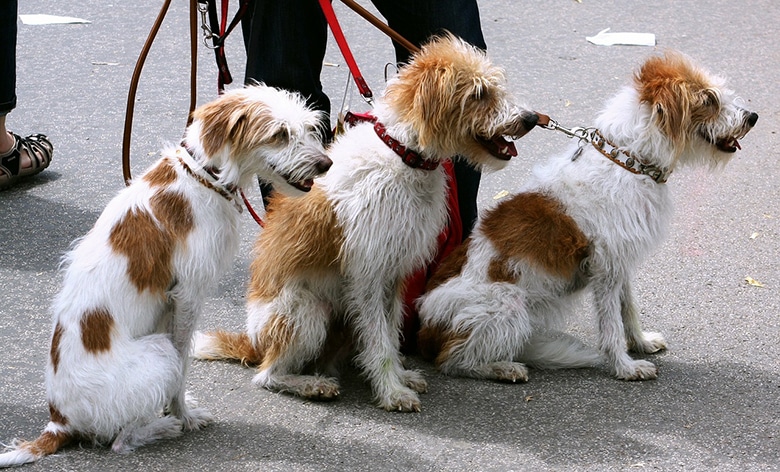 In the next 10 years, a dog-walking career could be more promising than those jobs in education.

In a report put out by The Conference Board, a New York City-based research and business group, analysts examined the aging demographic, looking at future trends.

The group found that baby boomers are living longer, and while the U.S. population is growing by 8 percent between 2015 and 2025, the group between the ages of 70-84 will increase by 50 percent.

This older generation is looking to spend money on pets – possibly to fill the void after their children have left, or the fact they will be home more. Indeed, the household expenditure growth rate will be 8.1 percent, whereas pet expenses will increase by 8.6 percent. And with more older households, dog services will likely see an increase.

“Younger households might be more willing to do things like bathe/groom their pets, walk/exercise them, train them but older households would be more likely to pay someone to perform those services,” Brian Anderson, associate program director and co-author, told This Dog’s Life. “Thus, we would expect sales of those services to expand quickly as more older households enter the population.”

On the flip side, the younger demographic, in the 5-24 age group, will remain unchanged, as the fertility rate is on the decline. “Millennials have not had enough children to replace themselves as they age out of young adulthood,” says Anderson. And with that, education expenditure will only grow by 2.2 percent.

Other areas where spending will decrease include used cars, eating out, rent and apparel spending. In terms of areas that will see increases, the older population will spend more on healthcare, reading, cars and home repairs.

The findings just focused on the impact of the aging population, so things like consumer behavior, household composition and consumer preference were not taken into consideration.

Related: Senior Dog Who Fell Through Ice Saved By Firefighters