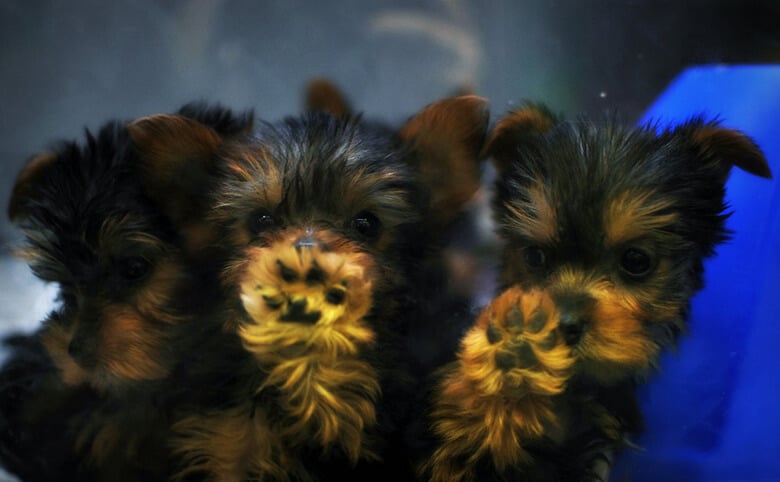 Puppy stores in San Francisco need to figure out a new business model.

This week, the city voted to ban the sale of dogs and cats from pet stores, unless they are from rescue organizations and shelters.

The move came after a meeting on Tuesday in which the San Francisco Board of Supervisors unanimously voted to alter the city’s health code. Under the proposal brought forward by District 4 Supervisor Katy Tang, pet stores will be allowed to only sell rescue dogs and cats and can not sell puppies or kittens under 8 weeks old.

The change does not impact breeders that are registered in the city – and people can still buy directly from them. Rather, the initiative is focused on the massive commercial breeders, or puppy mills, that are not registered and often put profits before the health of the animals.

Related: Humane Society and SPCA to Host Gala for Neediest Animals in Shelter

“This ordinance will serve as a deterrent, preventing a business from moving into San Francisco and selling animals from irresponsible mass-producing breeders that churn out puppies and kittens as if they were on an assembly line,” an op-ed in the SF Examiner reads.

A definite win for the animal-advocates community, the move comes shortly after the USDA took down its database of animal-welfare records.

“I was shocked to find out that recently the USDA removed information documenting cruelty cases, including information about these puppy and kitten mills, from their website,” Tang wrote on Facebook. “We implore the U.S. Department of Agriculture to make this information available publicly once again.”

San Francisco will join the list of more than 200 cities who already ban the sale of dogs and cats in pet stores, including Los Angeles, Chicago and Boston.