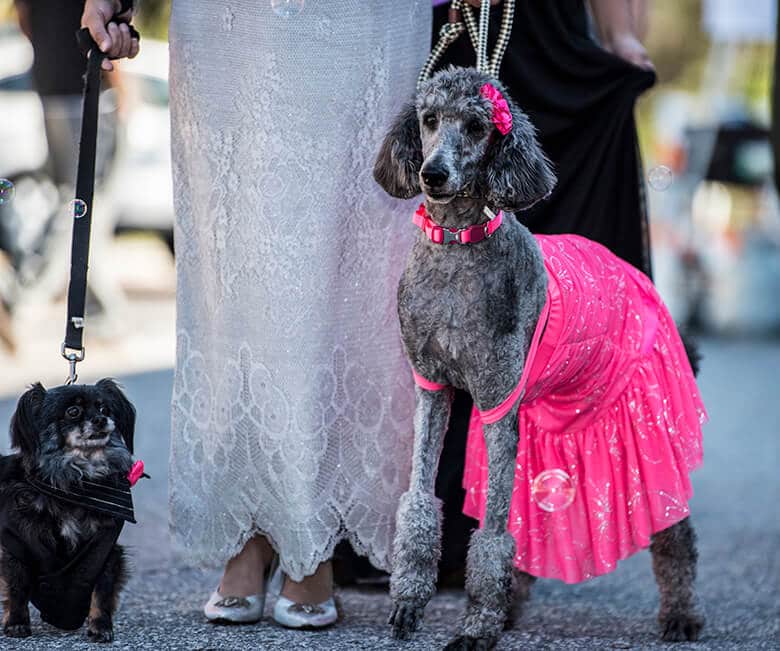 When it comes to adopting a dog, often it’s the elder ones who get overlooked. One group wanted to change that. To help show how much older dogs have to offer, a group in Florida held a senior prom to help them find homes.

The event was put on and held at The Dog House of Safety Harbor, a pet supply store  that donates part of its proceeds to animal shelters, this past Sunday. 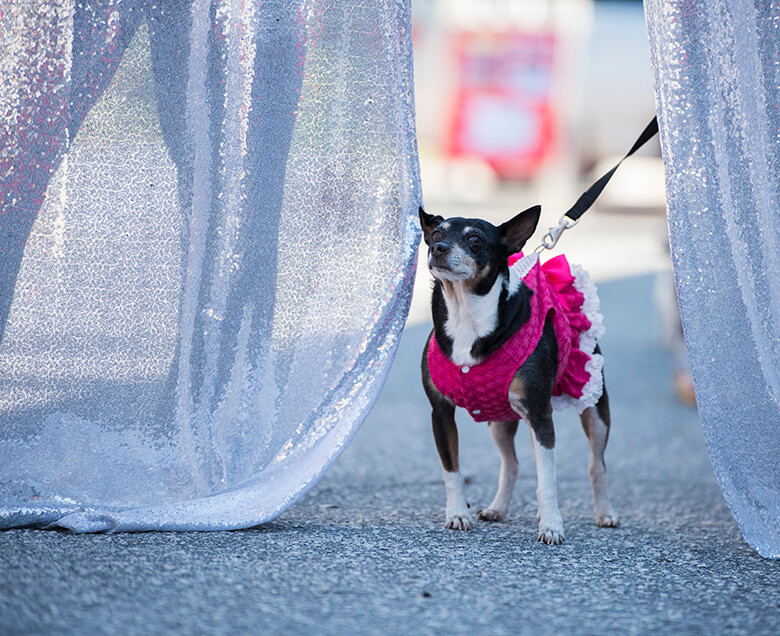 “We’ve attended countless adoption events which tend to feature puppies and young dogs, but seniors are rarely brought to such events and certainly have much less chance of getting adopted,” says Kelli Chickos of The Dog House of Safety Harbor.  “We wanted to have an event that not only included senior adoptables, but put the spotlight on them!” 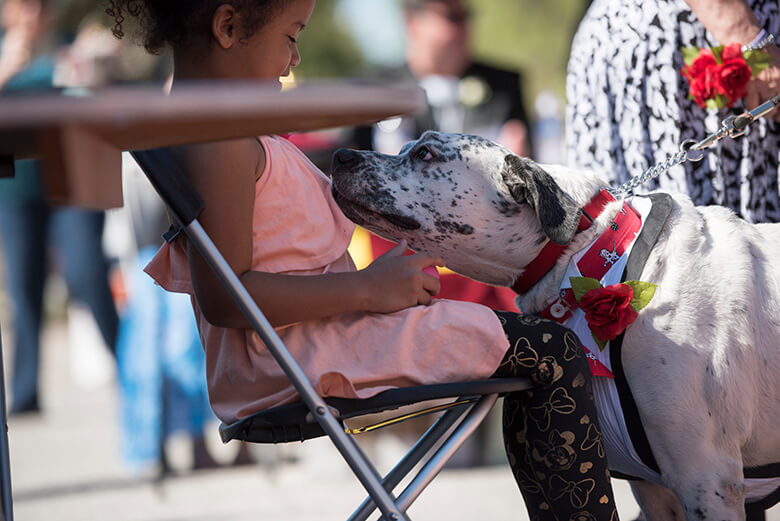 There were 13 rescues in attendance, each bringing their adoptable senior dogs, ranging in ages from 5 years old to a 20-year-old Chihuahua in a tuxedo. 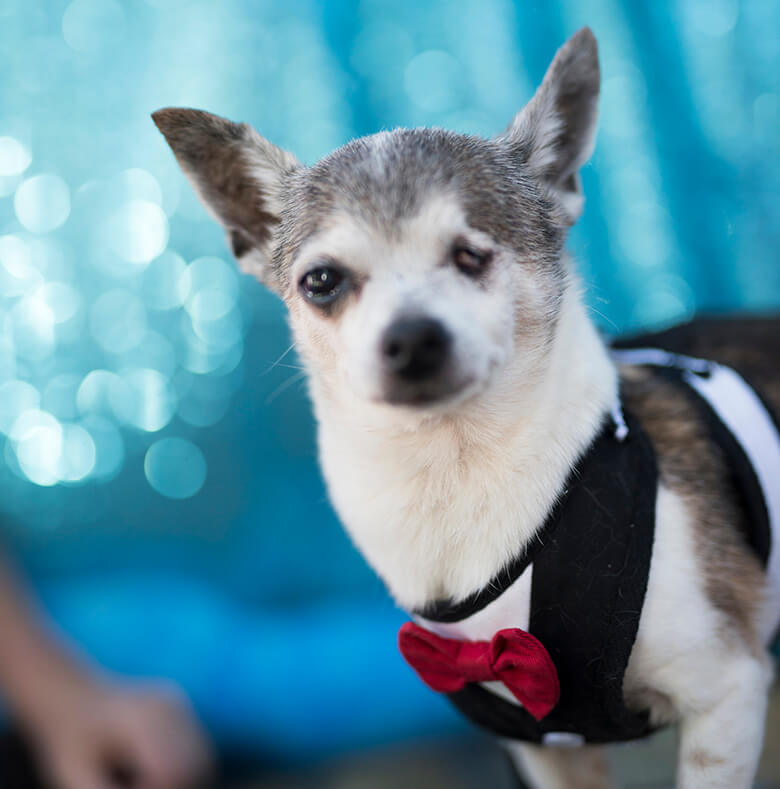 Nearly 40 dogs living in their golden years had the opportunity to get dressed to the nines, sashay down the red carpet and pose for pictures — all in hopes of catching the eye of someone special.

Some of our favorites include pups celebrating spring with flowers. 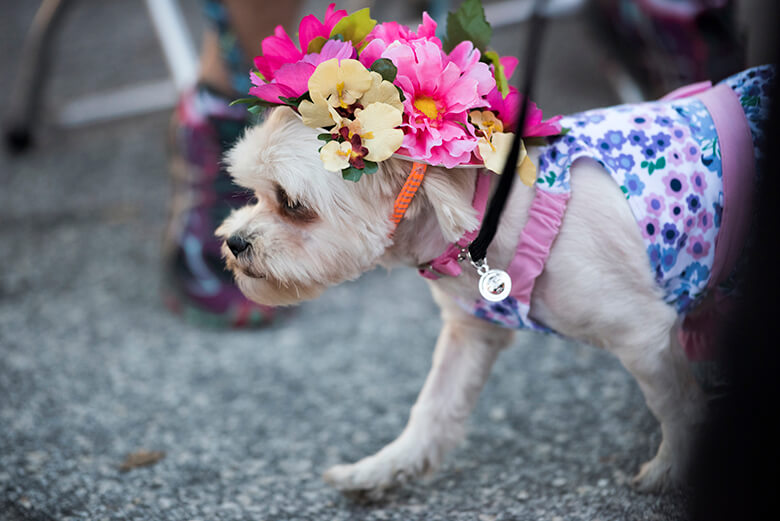 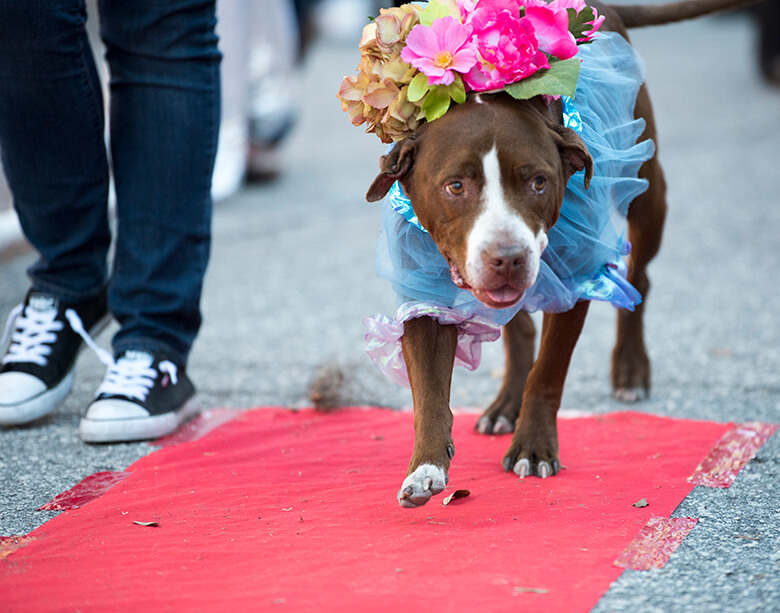 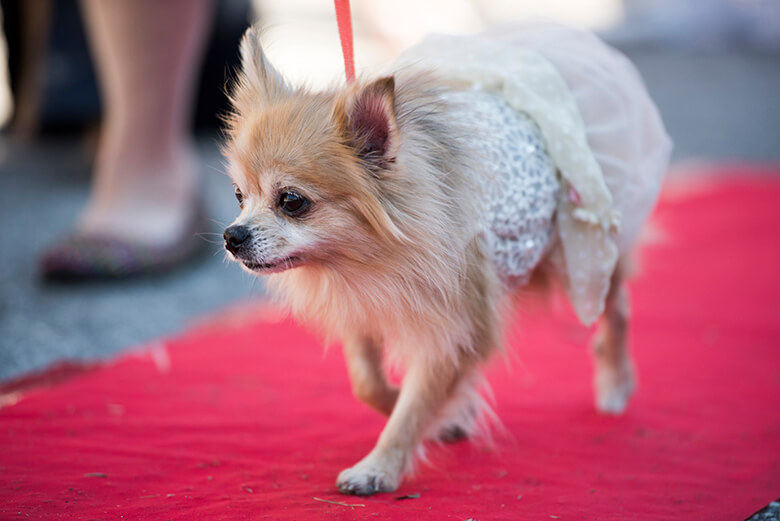 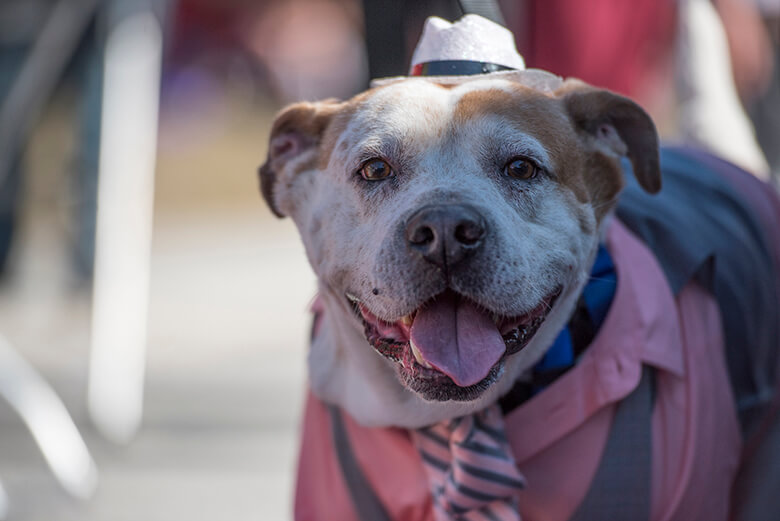 And some having a little bit of fun with the event. 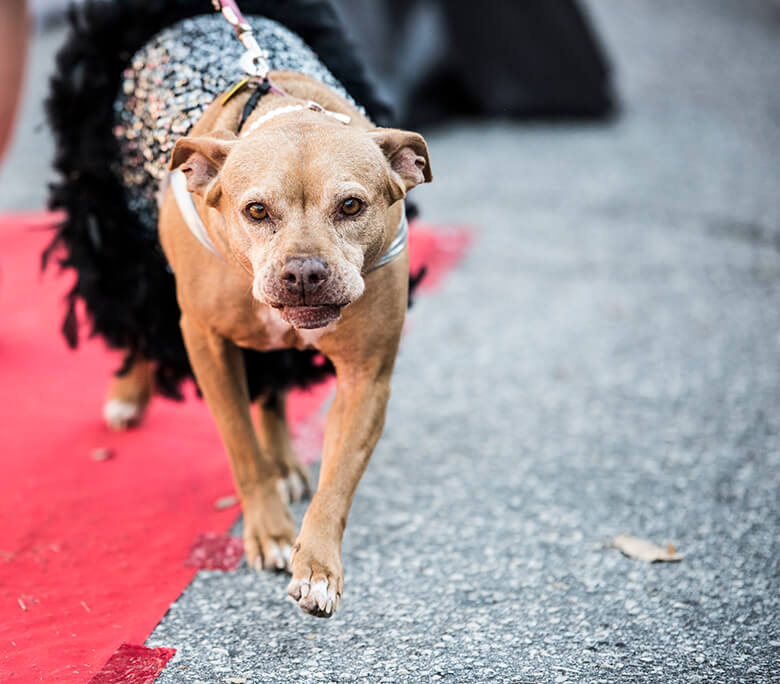 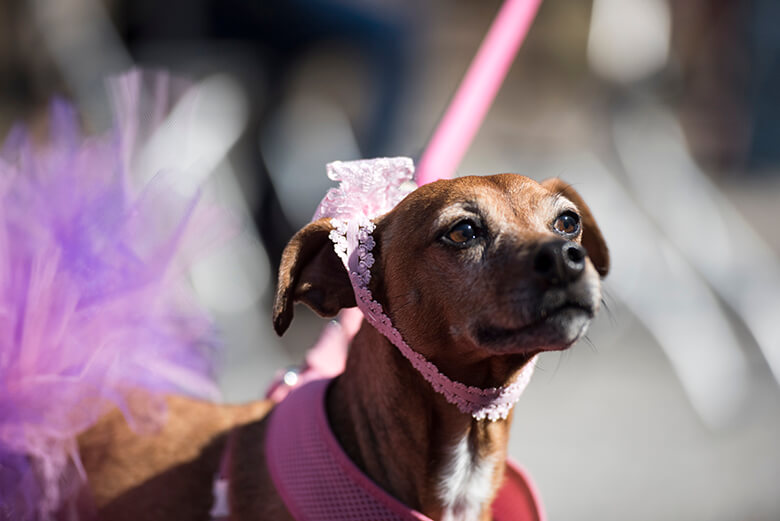 There was also an emcee, Shannon Spring, who entertained the crowd by sharing stories of each and every dog, doggie treats, raffles and lots of dancing. And of course a senior prom needs a king and queen.

It was a hard decision for the panel of judges — including people from the local government, news channel and radio — but after some time, they made a decision. 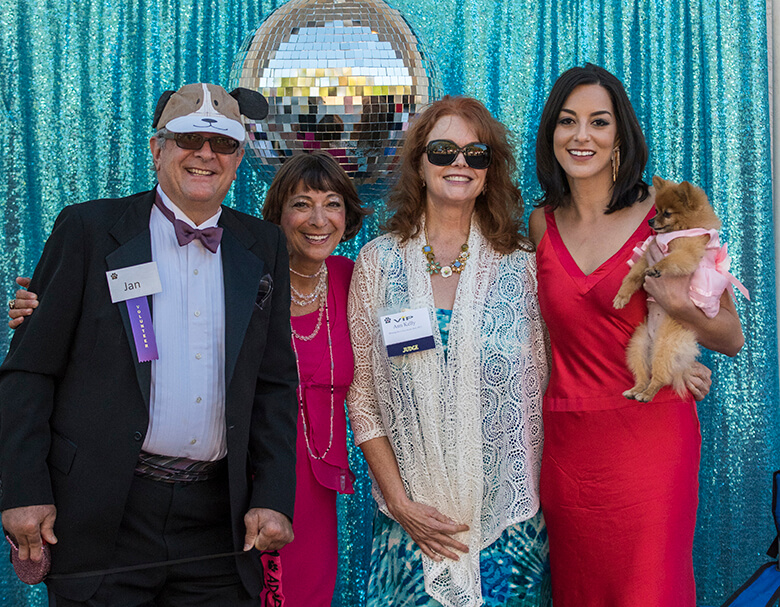 An 8-year-old Chihuahua named Tye was crowned king. Hailing from rescue group Canine Estates, the dog has been with the group for nine months after his owner became ill and could no longer take care of him. 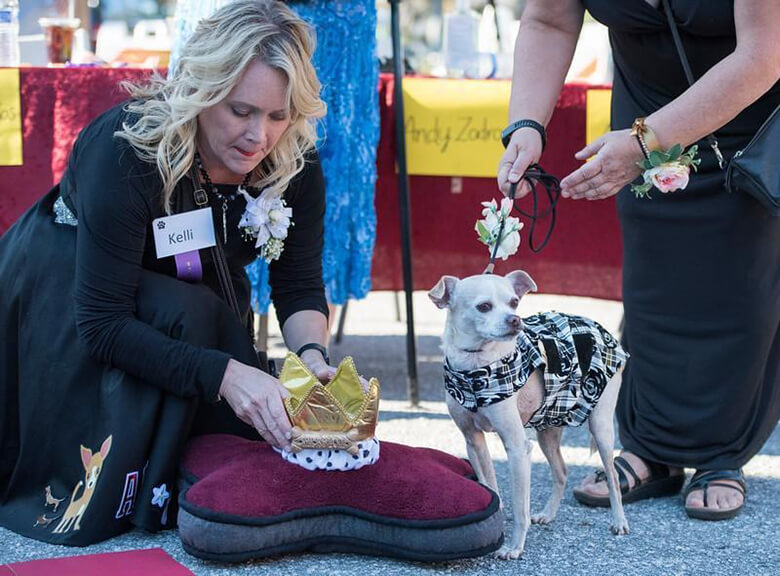 And his queen was Nina, a 10-year-old pit bull mix from Ruff Beginnings. “Nina really showed her true self and how much she loves people as she strutted the red carpet,” says Jessica Doering, president of the rescue. 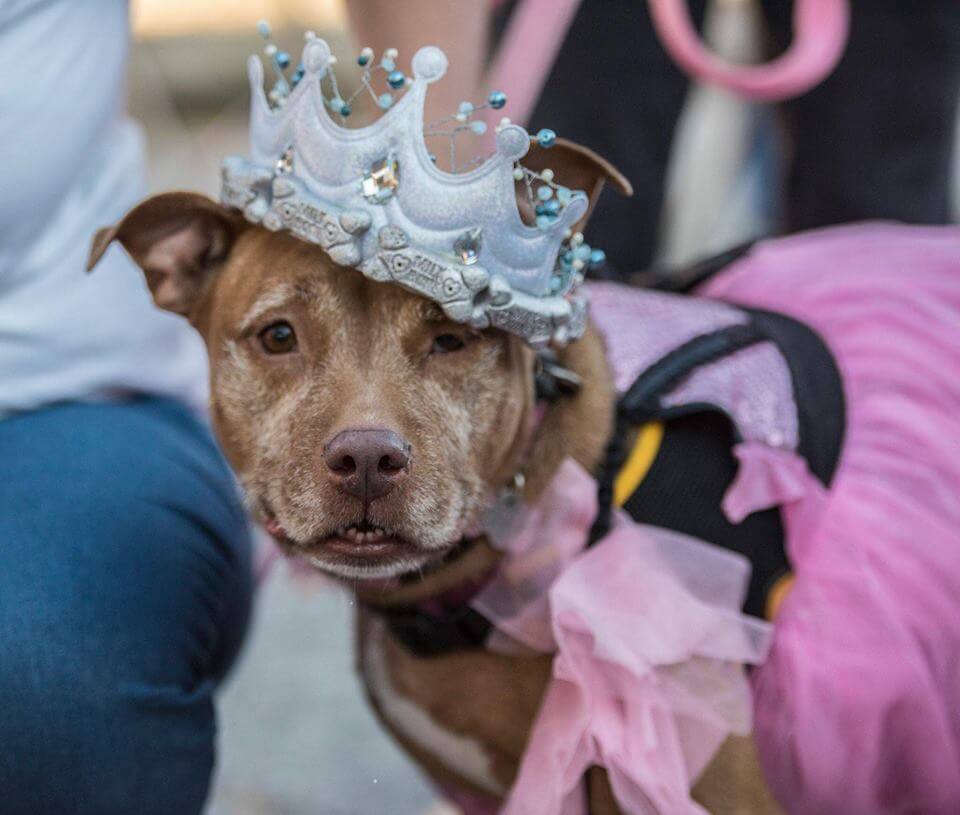 Nina came from the Hillsborough County Pet Resource Center, where she was found as a stray. After no one claimed her, she was put on the euthanasia list, because they needed space.

Now having been with Ruff Beginnings for seven months, Doering is hoping someone will step forward. “If she could just be given a chance, people would see that she wears her age well and really still has a zest for life!”

Because of the event, some senior dogs found their homes, others have interest (including Nina) and everybody learned how special senior dogs really are. 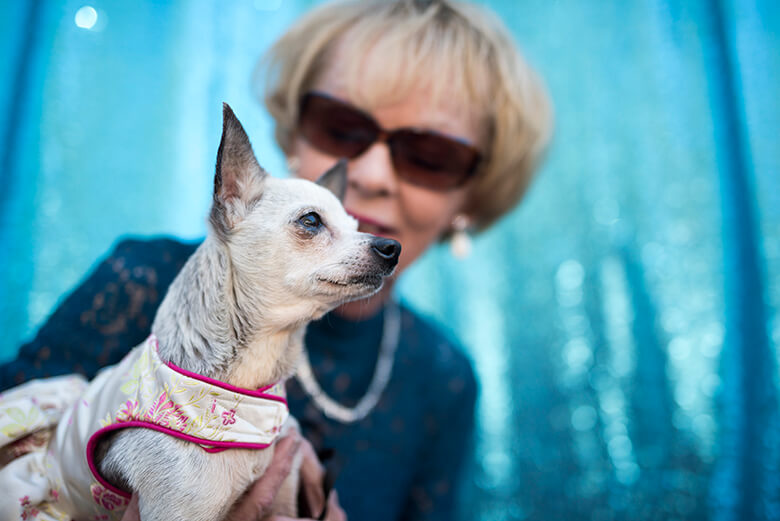 “They ask for so little. They get overlooked, passed by for the younger, ‘healthier,’ more energetic [dogs],” says Chickos of The Dog House of Safety Harbor.” But from what we saw at the senior prom, many of them still have plenty of energy and are healthy! And, heaven knows, they still have a lot more love to give.”